sealed with a hand-shake 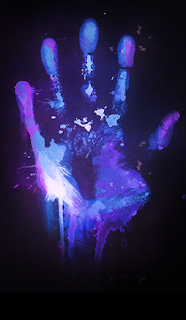 shaking hands is not really such a good idea, especially in a hospital where there are all sorts of nasty bugs floating around, seeking whom they may devour. so generally i do not shake hands unless the patient absolutely insists and i think the cultural slight may be more than he can bear. but one incident highlighted to me the reason you generally don't want to shake hands so well it could just have well been written all over the hospital in bright neon lights. in fact in my opinion, it was.

i was on call that night so it fell to me to evaluate and treat the patient in casualties which the casualty officer said had a perianal abscess. i approached the bed and introduced myself, but i made a point of positioning myself in such a way that the patient wouldn't be able to greet me with the traditional handshake. experience had taught me that this was one case where this cultural idiosyncracy was patricularly ill-advised.
i asked what the problem was. without saying a word his hand moved to his gluteal cleft in one smooth motion. moments later i found myself staring with morbid fascination as he pulled his butt cheeks apart and started prodding what was clearly an abscess with his finger. it had already broken open slightly so there was a thin stream of pus oozing out and following the natural pull of gravity. the patient's grubby finger scratched, prodded and poked this poor stream of sepsis, completely disrupting its attempt to soil the bed linen.
i was so disturbed and disgusted that my senses seemed to heighten and the pus took on an almost luminous yellow colour in my mind. this, after a very short while, was visible on most of his hand and under his nails. but in fairness to me i managed to fight my gag reflex right up until he wiped his lip with that same hand. i had theater to organize so i fled. i felt dirty and used.
after the obligatory wait it was finally our time to go to theater. i got there early and as is my habit chatted a bit to the anaesthetist. we then went together to the preoperative holding area to see the patient. the gas monkey, a very gregarious fellow, immediately moved to the side of the patient's bed and introduced himself, extending his hand as is customary.
as we pushed the bed to theater i kept glancing over my shoulder at my anaesthetic colleague until he asked me what was wrong. i found it surprising that he couldn't see the bright yellow luminous marks on his hand which seemed so obvious to my mind's heightened senses.

Low blow Bongi, low blow. But does confirm for me the usual hesitance I have in shaking some people's hands, despite what it says in the clinical examination textbooks.... Never shake hands with the c. Diff patient either!

and why we should wash our hands after shaking hands with anyone. :)

Ik especially don't shake hands with the ones holding that crumpled up old piece of tissue.

I have admitted to being a mild germaphobe. I never was until I worked at the hospital, attended the mandatory meetings and saw for myself what goes on.

I also have to say that I think patients are at a disadvantage when hospitalized and they are only as safe their immune systems are strong and as housekeeping and other staff is diligent about infection control and their immune.

No doubt there are patients who unwittingly do these gross things ..contaminating whatever and whomever they touch. And there is staff who unwittingly breaks protocol ..even washing hands. No wonder infections are a problem in medical facilities.

I have wondered how clean the hospital remote controls, call bells, and how well does housekeeping wipe things down. bed railings, toilets, phones and floors and a million other things.

This happened during one of my stays in the hospital. I had pre-sepsis,pyelonephritis but was healing and going home soon. I was IV anti-biotics.

A nurse came in and handed me pain medication I was due for. It was 1 percocet. Nurses always bring your med, open the packet in front of you and place in little cup you then take it from and they watch you.This nurse (I really liked her and thought she was good)walked over to me.. and with her bare hands (no gloves) pulled my percocet out of her nurse's jacket. It had been sitting in the bottom of her pocket! I was keenly aware and very uncomfortable about taking it..hesitated but then popped it in my mouth and swallowed. And there was hesitation in her eyes as we made eye contact..like she knew she shouldn't have done it.

I never said a word to my doc or her or anyone there. I did tell an ED nurse I worked with in another hospital and she thought that was odd and would've refused it.

Why would a trained med professional do that? Especially to a patient recovering from a serious infection?? Were her hands clean? Was the inside of her nurses scrub clean? is that where she puts pens and other unclean objects? and now my pill was co-mingling with that and whatever other bacteria her hands may have come in contact with? And she had just come out of my bathroom because she was showing maintenance the problem with the toilet. Had she been with another patient? Did she wash her hands before touching my med?

I would hope not but I did wonder if there was a chance that since I was allowed two percocet but only requested one..that she decided to pre-open it and keep one for herself? I usually would only take one once through the initial pain.

Maybe I over-reacted to that but it really skeeved me... and I've wondered about the breach in protocol. ?

What if she had just been in to see a patient like what Bongi had? EWWWWWW!

Also ..I am a hand shaker type. So I guess if a doc doesn't shake my hand ..maybe I should be relieved. :)

Did you tell your colleague what you saw or was he washing his hands right after?

But now his hands will touch the door or something..maybe even his face before he washed up. No wonder infections spread like they do.

There was a SCRUBS episode in which they showed using an image like your pic ..they showed the initial source of infection contaminating the second and so on and how the succession of contacts finally landed on a patient who had been very ill, recovered and was about to be discharged. It showed the path of it entering into her via her facial contact by the other person. She died.

The Anaesthetist shook his hand?
As most anaesthetists, I like to keep social contact to the absolute minimum. I'm not sure I can shake somebodies hand while I intubate them but I'll give it a go next time.