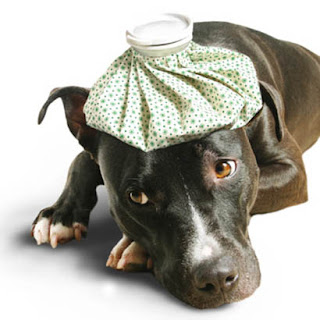 before i get to the point, allow me to quickly take you through another resus.

i was a community service doctor in qwaqwa (absolutely unpronounceable to the western ear. there is even great variation between the nguni and sotho pronounciations). although i had been a mere house doctor the previous year the system was such that i was the senior on call. the house doctor called me to casualties. the patient's eyes were dilated. the ecg looked flatline. the house doctor had already given adrenaline to no effect. then i saw a lonely qrs complex on the ecg. it almost seemed out of place.

"give atropine!" i yelled. shortly after the atropine, the ecg improved, but only to a rate of 40. the other thing that happened which took me completely by surprise is that the pupils became pinpoint. this shouldn't happen with atropine. and then i realised. the patient had been poisoned with an organophosphate-like-something. that night we pumped 160mg atropine into him. amazingly, he made it.

this was one of a number of poisonings around that time, so when my dog was poisoned, if i had been less distraught i might have thought to pump it full of atropine. as it was i watched in horror as it convulsed and died in my arms. my cuban neighbour learned from my mistake. he stole atropine from the hospital. when his dog started convulsing and seriously threatening to die, he fulled it up with atropine and it survived. that was the first cuban canine resus i saw.

another cuban friend produced the second. in qwaqwa, biliary (a canine disease carried by ticks which is not dissimilar to human malaria) was common and killed entire litters of puppies. there was, however, one old feral dog that seemed to be immune. he belonged to no one, was completely tick ridden and survived everything. he was also the father of all the litters that were systematically wiped out by the disease. one of my cuban friends took one of these semi-wild puppies as a pet. when it got sick i advised him to dissociate himself emotionally and move on. after all it was just a pavement mongrel that was worth nothing. he disagreed. he told me that, like malaria, biliary in dogs is fatal because of haemolytic anaemia, so therefore all he needs is a blood transfusion to keep him alive. if that works he will become like his father, the dog that can't be killed.

apparently blood transfusions in dogs are not as complex as in humans. they don't have compatibility problems. any dog can donate to any dog. how do i know this? because after the cuban friend of mine drew blood out of the old dog and injected it immediately into his sick puppy, i went to the trouble of finding out about this point. amazingly enough, his puppy was the first dog in about 5 years at the hospital that survived to adulthood. and it became an immortal like it's father before him.

so, in conclusion, cubans know how to resus, even if the patient is a canine.

resus fun.
tube.
resus with hands tied behind my back.
Posted by Bongi at 6:10 pm

Bongi, I am enjoying you resus series! Thanks.

What was the source of all the poisoning?

there was a vermin poison that was in widespread use. it wasn't actually an organophosphate. i think it was a carbamasepam or something like that. anyway it inhibited pseudocholinesterase. people were putting it in other people's food to try to kill them. as you can see, they were also lacing meat etc which they were throwing to dogs.

the locals called it 12 step because, they said, that after you took it, you could only walk 12 steps before you died.

You talk about this poison almost casually, which at first made me very frightened to think of what life must be like where you live. Then I realized that we talk about guns and murder here with the same kind of casualness.


This makes me wonder - are murders more common where you are, or is it just that folks don't have guns like we do here so they use poison?

i learned that dogs could donate to any other dogs when I worked in al starr's lab (of the starr-edwards heart valve.) greyhounds who'd run, as it were, out of value at the track became donors. i think i may have described it in my book: we bled them out via their carotid arteries. it was the first time, but not the last, that i had to rationalize the good of many...

i'm sorry about your dog. i don't want to imagine the scene.

tbtam, this was a long time ago in a fairly rural place where guns weren't yet too common. the poisonings that i describe, as far as i can tell, were fairly unique to that area. these days, gunshotwounds are the order of the day. on one weekend in pretoria 17 gunshotwounds came through casualties.

not being fully up to date with statistics, i may be wrong, but if my understanding is correct, we have the highest murder and attempted murder rates per capita in the world. i touched on this in my post 'stories of guns'

Wow, that is a great story!

Another great story Bongi.
We get a lot of attempted suicides with Organophosphate and related pesticides. Treatment basically is initial Pralidoxime followed by lots of Atropine. The most deadly of the pesticide-suicide-attempts with very high mortality is with aluminium phosphide (Celphos). Cardio & Neuro toxin with some kind of membrane destabilizing effect. No antidote. I remember a patient who had recurrent V Tach & had to be defibbed some 40 or 50 times over 48 hours.

Now there's a "12 step program" I don't want any part of!
I am also sorry about your dog.
Your Cuban friends were a long way from home.

Ag shame bongi, to have your dog die in your arms is a horrible experience :-(
Brilliant story though.

vijay
your post is particularly ironic to me, because i discovered that fact to my great grief last week. i had a 20 yr old girl, who had a minor argument with her mother and had taken rat poison(which most often has al. phosphide).she presented about twelve hours before the end of my shift, and when i was leaving after my shift, she was looking forward to go back to work, worrying about her boss and all that. no medical complications at all, save for an improving met. acidosis. i told her mother that she was ok and would be better by the next day. when i returned 24 hrs later, she was being resuscitated after having developed pulmonary edema following rapidly developing renal failure, with the met. acidosis leading to cardiac depression and ultimately death, all in a matter of six hours. declaring her was the most difficult thing for me to do, even though i spent practically the whole of the past five years in an ICU and was no stranger to traumatic deaths.

Actually, dogs are not universal donors/recipients! The dog blood group system is not quite like the human one, though, and dogs have no naturally occurring blood type antibodies and therefore an initial transfusion of any type to any type is safe. A second transfusion of, for example, DEA 1.1 positive blood to a DEA 1.1 negative dog, though, would cause serious problems.

I have some more detailed notes available at:
http://www.hillary.net/school/winter.98/clinlabmed/labmed.lec.01.29.98