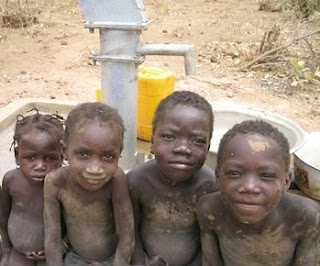 a previous minister of health (who was then married to the present president of the anc and the future president of this country. can you guess who it is?) made the comment that she wants to train african doctors for africa. then she proceeded to degrade the degree. after all, life in africa is cheap and africans don't need quality health care. i couldn't help thinking back to my own experience of african doctors for africa.

in the apartheid era russia was kind enough to train a few doctors up for africa. interesting to note that their qualification was not recognised in russia. they were only good enough to treat africans. i worked with a few of them. here follows one story.

she was a russian qualified doctor. she had been chucked out of a surgical registrar post at medunsa (who gets chucked out of medunsa?) and by some administrative shocker, she had been given a post at our university. she and i wrote primaries together. it was my first attempt there. it was her third.

the last exam was the anatomy oral. basically they showed cadaver specimens and asked us questions and to point out specific structures. my oral didn't go too well. when they went on about waldayer's fassia i struggled a bit. most of the other stuff i answered. her oral was a feast.

when she went in, the first specimen they showed was an open abdomen with everything removed except the retroperitoneum. they started easy. they pointed to the ivc, only the biggest vein in the human body, and asked her to identify it. she could not. after an awkward silence they moved on. maybe the ivc was a bit too difficult. they pointed at the left kidney. even in a second rate russian medical school the kidney must be an organ that can be identified without too much difficulty. she smiled;
"that i know," she piped up with confidence, "that's the spleen!" the examiners were a bit shocked. where do you go after a kidney is mistaken for a spleen? maybe they needed another specimen. they went for a pelvis cut through the middle. there was a clear bladder with a pipe exiting below and moving through a gland. it then continued on its merry way towards the penis. they asked her to identify the gland that pipe went through. she moved uneasily. it was clear she had no idea. then suddenly she redeemed herself, but only a little. she suddenly grabbed the penis and proudly proclaimed;
"i know what this is. this is the penis!"

the examiners did not share the anc's enthusiasm for producing pathetic doctors in a possible attempt to thin out the population. they therefore felt it was important to give a proportional mark. they felt that zero percent was too low because she did know what the penis was and it is as anatomical structure. however even twenty percent seemed a bit high because all she knew was the penis and that is maybe a bit too little for a future surgeon, even an anc approved surgeon. they settled on 5%. i thought it was a bit high, but possibly fair.

after failing three times and killing a quite a number of hapless patients she was thrown out of our university. many years later i saw her hanging with wits registrars at a symposium. the future looks bright.
Posted by Bongi at 8:20 pm

I simply don't know what to say. Amazing!

As a medical assistant, I'm certain that I could have done better, I could have identified the testicles too!

I wonder if that makes her more or less qualified than a tsangoma?

I'd be curious to learn how standards have changed at some of the better universities in the past 20 years or so - I read what you think of my alma mater UCT (though I never studied medicine), but in a different context. What about Wits, Stellenbosch and the others with well-known medical programmes?

How has the degree been degraded?
LMAO!! ;-)How bad does one have to be to get kicked out of MEDUNSA? You can't even blame poor education for that performance. Agh! Mampara. Even more surprising, how in the world did she get into TUKS and Wits? Sounds like she is doing medskool rounds from the north towards the south, lol.
Gregory House said that most patients can hardly differentiate their anus from they oesophagus, as it turns out neither can some surgeons. Speaking of which, do you use the same camera for colonoscopy and gastroscopy? Don't answer that question.
Good story, makes me appreciate my cadaver and formalin au de parfum days more.

Wow. And I thought I was a moron. Not going to comment on the broader social issues here because I'm still pretty nonplussed by this. Wow.

I was laughing out loud, seriously, lost in this unbelievable tale of idiocy until I remembered the broader context of this post. Unbelievable.

This scene could have been in an episode of "Scrubs" as they mentor med students or something. Hey, at least she didn't mistake the spleen for the RIGHT kidney! Or even that bladder for a uterus. Good Lord.

She may have pointed out the penis a few more times after she left and got higher marks elsewhere. I'm just sayin...

enrico if stories are to believed she was very adept at pointing out the penis and even better at pointing it in.

Students at Wits? My brother studied Building there and has similar stories about the downgrading of degrees. In his second year, he lost his bursary because half the class (guess which) never turned for exams. At the end of the year, they averaged out all the available marks and shared them out with all the students. Those who were never tested passed, those who actually took the tests were deemed to have failed because they didn't get the requisite marks. Man I love Africa ... my brother didn't quite share my enthusiasm!

Jabulani, that is shocking!