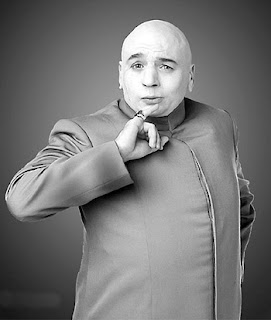 doctors can be naughty sometimes too. i suppose boredom can be fertile ground for all sorts of mischief and what speciality tends to leave plenty of room for boredom more than anasthetics, especially when you have to sit around with a stable patient while an orthopod labours through the night fixing all sorts of bones.

the anesthetist in question was on call for the orthopedic list. the list tended to start at about four in the afternoon and go pretty much right through the night. by midnight it could be quite a challenge to maintain enthusiasm, unless of course you had something to keep your mind busy.

after a few cases the gas monkey and the bone doctor took a break to replenish fluids and caffeine levels. however, while the poor unsuspection orthopod wasn't looking the evil anesthetist decided to lace his coffee with a strong diuretic. to ensure the best comic effect he put four times the usual dose in the coffee. i suppose he thought it would be four times as funny.

quite soon into the next operation, a fairly long procedure to fix a fracture of the femur (thigh bone), the poor unsuspecting orthopod started looking uncomfortable. he seemed to be struggling to stand still and resorted to crossing his legs quite a bit. finally he just couldn't hold out anymore.

"sorry guys, but that cup of coffee seems to have really settled on my bladder. i'm going to have to unscrub and go to the toilet." with that he walked out. the theater erupted in raucous laughter. only the bone doctor wasn't in on the joke. soon he was back, looking a lot more comfortable, no doubt hiding a contented smile behind his theater mask. he scrubbed up and continued the operation. unfortunately as the bladder distended again his easygoing nature gradually was replaced with irritation and impatience about the fact that the operation seemed to be taking longer than he and his bladder thought it would. quite soon the same restlessness and leg crossing started up and once again he excused himself and ran from the theater in embarrasment.

when he returned the theater staff were trying to remain composed, but there were a few snickering sounds escaping here and there as well as a giggle or two as the process repeated itself. the bone doctor stopped dead in his tracks.

"what the hell have you done to me?" he demanded. everyone burst out into raucous laughter as he charged out one more time to empty his tormented bladder.
Posted by Bongi at 2:48 pm

I teach my residents the three "no"s for successful anesthesia - The anesthesiologist must NEVER:
1. be hypovolemic
2. be hypoglycemic
3. own a distended bladder

During the closure of the abdomen by a prominent surgeon one of his students could not maintain his composure any more and let rip with a silent but very violent one.The nature of surgery involved repairing an uncontaminated hole in the colon and due to the importance of a non leaking anastomosis the surgeon insisted on re-opening the patients abdomen again to find the origin of leakage.Needles to say none was found and to this day said student still feels guilty about his untimely misshap!

pieter steyn, i refer you to my writings of april 16, 2011. although at the time embarrassing, i got over said incident enough to scrawl something down about it.

Wow ! you're one heck of a story teller Bongi

Naughty naughty! What gives with anaesthetics? Is it ever interesting? Sounds like most of the time you are watching and waiting.

anonymous, anasthetics can be quiet, but when it gets rough, it gets very rough. i've heard it said that anasthetics is 80% boredom and 20% sheer and utter terror. my post sand through my fingers (if i remember correctly) touches on the teamwork between us and them during that 20%.

What year/month did you write ..sand through my finger?

that was a very funny joke tho. :)

seaspray, that post sand through your fingers was written on 29 june 2010.

we recently got into a fight with a anesthesist who coz we had taken 5 extra minutes to close the abdomen let the patient lay in anasthesia for another 35 minutes! Just so he could delay our list!