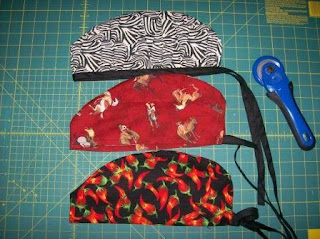 "bongi, i have a patient who came in last night with appendicitis. can you operate him for me?"

my colleague was known to load shed and mostly i didn't really mind. that day, however, i just didn't feel like any extra work, so it took a bit of effort to fake enthusiasm.

"sure! any time." i lied. "anything special or straight appendicitis?"
"well, i saw him two days ago, but he refused operation, so he might be a bit sick." i knew what that meant. a bit sick was surgical talk for 'good luck pulling this one through'. oh well, a challenge at least.

the patient was a young man of about 27 years old. despite the fact that he was clearly in pain he still was a striking individual. he was alert and interested in my analysis of the situation. his questions were to the point and demonstrated deep contemplation about his situation. his eyes sparkled with life and potential. he touched a chord in me and i felt for him, despite the fact that he had refused an operation a day or two ago that was clearly necessary. when i examined him it was clear that he needed surgical intervention, but his pain was no longer located just in the area of the appendix, but it had spread more diffusely through the abdomen. i decided that a lower abdominal incision would be better to fully address all potential problems.

"doc, i like your cap." we were pushing him towards theater. i was wearing one of my genuine sutured for a living caps that i always wear when i'm in theater. i smiled. this sort of small talk i took to mean that he had resigned himself to the operation and was simply trying to distract himself.

"thanks." what more was there to say?

"i would love a cap like that." there didn't really seem to be anything to say to that, so i just kept quiet.

quite soon the patient was asleep and we got to work. when i opened up the lower abdomen, a thick, suppurating appendix protruded through the wound in an apparent attempt to escape from the septic abdomen that it had actually been the cause of. it had clearly burst. i smiled to my assistant.

"looks like this is going to be easy. whip out the appendix, rinse the abdomen and home free." sometimes i wish i would learn not to tempt fate with idle talk. i mobilized the caecum. and that's when i realized something was wrong. it was an appendicitis, but it wasn't caused by a stone in the appendix lumen or thickening of the lymphoid tissue in the wall. there was an obstruction in the base of the appendix but it took the form of a hard mass that had broken through the caecum and infiltrated the abdominal wall. what we actually were dealing with was a colon cancer that had incidentally caused an appendicitis. to remove the appendix simply would not suffice. i had to be aggressive.

i removed the right side of the colon with its blood supply and lymph nodes, taking a sliver of the abdominal wall along in the specimen. yet i already knew that the cancer had probably spread throughout the abdomen along with all the inflammation when the appendix burst. that would by necessity be something for the chemotherapists later. right now my priority was to do the best i could and get him healthy enough to withstand the onslaught of the chemo drugs.

the rest of the operation went as can be expected. i stuck the necessary pieces of intestine together, rinsed, placed drains and closed. the patient did well post operatively too. of course i still had to tell him that he had a cancer and not a simple appendicitis. that was not fun. i also involved the chemotherapist as soon as the histology confirmed what i already knew. finally i discharged him and left the rest to the chemotherapist.

many months later as i was walking down the corridors i happened to run into that same chemotherapist. i hadn't heard anything about the patient so i decided to ask how it was going with him.

"well, bongi, despite my advice, he refused chemotherapy and jetted himself off to china for some sort of experimental therapy where they place radioactive beads in the bed of where the cancer was. i wish him all the best but i don't think he is going to get all the best." i was upset. in a sense it wasn't actually too surprising. after all he had initially refused surgery by my colleague. he did seem to be a bit of a free thinker, even to his detriment. maybe this stupid stubbornness was one of the things about him that made me like him on some level. still i knew he had decreased his odds dramatically and it did upset me. i felt like a young promising mind was about to be cut down and there was nothing i could do. it was as it was.

i had just about managed to nearly forget the man when, once again, walking down the main passage of the hospital, as my chemo peddler walked past he gave me some news.

"guess who i admitted last night with a malignant obstruction?"

"an obstruction? do you need me to operate?" it was grasping at straws and i knew it, but i had to ask.

"bongi, the scan shows masses throughout the abdomen and almost his entire liver is just one large metastasis. i think we are deep into the palliative stage of his treatment. an operation might actually be a form of active euthanasia." and then the words dried up. it was pointless telling each other how tragic it was that such a young man was doomed. it wouldn't help to wonder how the course could have been different if he had taken the chemotherapy when there was still a chance. it was even more futile to wonder what would have happened if he had been operated earlier or, better yet, presented earlier somehow. in the end we just walked away from each other. no words would suffice.

yet, although i could walk away from my colleague, i felt i could not just walk away from the patient. i couldn't help him as a surgeon, that i knew, but maybe i could do something else.

when i walked into his room carrying one of my very precious rlbates theater caps and presented it to him as a gift, there was surprise in his eyes. but there was something more there too. his eyes still sparkled, but most of the life had already been drained from them. his body was just the frame of what it once had been but in his eyes i could see gratitude. when i left, there was a smile on his face. i hid my face from everyone as i walked out of the ward.

two days later he passed away. it was a small gift but, maybe in that stage of the battle we call life, the gift of a smile is really not that small after all.

I'll make you another one or two to replace that one. Want me to send it or just bring it when I come next year?

rlbates, i'm thinking that to bring them yourself might be quicker and it will definitely be safer

Oh, man. I am part of a message board community supporting (non medically) a guy a little like this. Colon cancer. Slow growing, but spent a couple of years pissing around with 'alternative' therapies. Even growing slowly, it's grown enough. He's now far enough along for palliative care to be offered as an equal option alongside a very aggressive and invasive last-ditch attempt at curative treatment. He's 33 with a 4 year old son. I despair at the world. But with actions like yours, it is ever so fractionally less a horrible place to be. For that, thankyou.

Forbes was right - most times you are very funny, but sometimes you bring forth the tears.

Bongi!!!
How great to catch up on your blog and see that you are still writing your great stories and experiences! I especially liked your most recent post...I commented to ramona as well how great you both must have made that poor guy feel while he was declining in health and spirit. I look forward to more!
Jim

Great Post, I really enjoyed this one. Look forward to seeing more

Your stories are so utterly breathtaking, maybe in that way right at that moment where there is calm and then there's the storm. Thank you for your keeping this blog. I feel strangely inspired. Christine

I work for a company called The Doctor's Channel, and we have been captivated by your work on other things amanzi. We are currently working on a new project that we think would be able to feature your work on an engaging platform for medical students. Is there an email address where we can contact you to discuss?

Such a sad story. Thanks for sharing.
As an aside, I didn't know that SA doctors also wore custom-made theater caps. At the hospital where I train, the surgeons always wear the boring hospital-issue ones! And I've always thought it would be nice to have a special one.
Do you have to hand it in to be sterilised, or how do you go about things?

Gifts given with heart-deep thought are always very special. Whenever I make a gift for someone, I think about them with every stitch and add a smile or two of my own. If that gift was then passed on to enrich another person's life, I would be well-pleased.

An rlbates gift is a treasure. Kudos to you for passing on your treasure to enrich that guy's remaining time (however short).