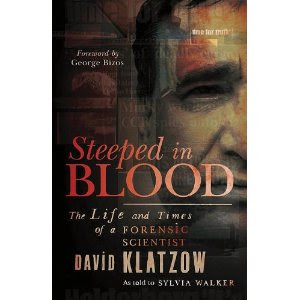 this post is a bit of a diversion from my usual posts but i think it may still be worthwhile. you see i want to promote a book.
i've just read the book steeped in blood (paperback or kindle) by david klatzow. what a stunning book. it really gives insight into the south africa of old and possibly what south africa of the future may end up being like. i really suggest that everyone gets hold of it and reads it.
unfortunately, david, i do feel i must challenge you on one point. towards the end of your book you say one of your surgeon friends told you a story of one of our cuban import surgeons who tried to do a tonsillectomy through the neck rather than through the mouth, the normal way of doing it. i know this story and have heard it often myself in the corridors in pretoria. unfortunately it is urban legend and nothing more.
i have worked with the cubans and they aren't too shabby. don't get me wrong, they are not a scratch on a south african specialist (although the standards are dropping as you rightly pointed out and quite soon they may be far better than home grown specialists) but the point is they wouldn't do something so bizarrely stupid.
i even suspect i know who your surgeon friend might be, especially if he presently finds himself in pretoria rather than johannesburg where you no doubt got to know him.
anyway, still an absolutely brilliant read for anyone who wants to get a peek into the workings of the apartheid government of old. go and buy it now.
Posted by Bongi at 1:25 pm 1 comment:

you've got to hand it to him 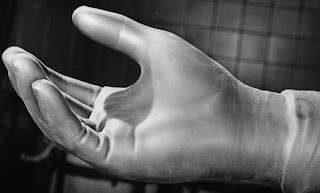 some students refused to listen to good practical advice. sometimes it hurt us all, but sometimes it was good for a laugh.
general surgeons have a reputation amongst doctors. they are viewed as crude, arrogant and even aggressive. this might be because they are often crude, arrogant and aggressive. but yet they are simple folk and can easily be pacified.
he was a private consultant. he was a typical surgeon but he was also a great teacher, if you could look past his rough mannerisms. he only came in one day a week and did a sort of a ward round. but in all reality it wasn't a ward round at all. he would ask us to show him some interesting patients and then he would teach us all about the condition of the first patient we showed him. he never addressed the patient. he never examined the patient. it was more coincidental that we would be standing next to the bed of a wide eyed patient while we listened to his tutorial. he taught us so much, including what a bedside manner should not be. he was also a great example of how not to present a patient to the professors.
"when you present a patient to doctor l," i would coach the students before the time, "do not go into all the detail!! he doesn't care. simply point at the patient and in a loud clear voice shout the diagnosis. then have a piece of paper and a pen ready. every word you hear after that is worth its weight in gold for your exams, so take notes." they all nodded, but i somehow knew they thought i was exaggerating.
the allotted time of the allotted day arrived and we all stood around waiting for the consultant. true to form he was exactly on time. he ignored the students as was his habit and only acknowledged me with an almost imperceptible nod of the head. i greeted him curtly and headed off in the direction of our first patient, which i had specifically chosen because i felt he had the condition the students most needed to brush up on.
we arrived at the patient and the consultant turned to the students. normal human interaction always seemed to be an effort for him. more looking at his own feet as anyone in particular he asked;
"right, whose patient is this?" the student stepped forward.
"mine!" he whimpered.
"well? what are you waiting for? present!" i had trained them well how to present to this consultant and yet i somehow knew what was going to happen.
"uhmm, the patient is a 25 year old black male..." the consultant lifted his head. his eyes were suddenly ablaze with what seemed like years of pent up frustration and anger. he cut the student short.
"do you think i am a blerrie idiot?? i can see the patient is male. i can see he is black. i can see he is about 25 years old! next thing you are going to tell me he is the third child in a broken home? i don't care about all of this. and if you even try to tell me he lives in a house with running water or no running water or whatever i think i'll kill you!! just tell me what is wrong with him!!!" i managed not to laugh, but as the student looked to me in supplication i confess a smile darted across my face. i had warned him. he shrugged his shoulders, pointed at the patient and in a clear voice shouted;
"alcoholic pancreatitis."
the consultant grumbled under his breath and extended his hand to the side, in the true fashion of a surgeon in theater. i was ready with the pen and slapped it sharply into his waiting hand. as if by magic, a sheet of paper appeared before the consultant. i remember thinking that they were at last listening to my practical advice.
thereafter the students (and patient if he was paying attention) got the best tutorial on alcoholic pancreatitis that they would ever be exposed to. i confess i didn't pay too much attention. i was otherwise occupied trying to suppress a laugh.
Posted by Bongi at 8:41 pm 6 comments: 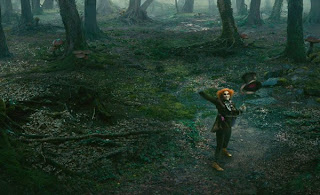 amazingly enough i have been deemed a finalist in the literary category of medical weblog awards of 2010. i am truly honoured and yet...
this nomination comes at a time of reflection and introspection for me. it comes at a time when my writing has waned somewhat and i have even wondered at its point. yet when something like this comes along i truly am humbled and i do consider either continuing this blog or possibly finding another forum for these musings.
anyway, for those that think there may be something to be gleamed from my scrawlings, please feel free to vote for me. however i actually advise you all to use these awards to more thoroughly explore the blogs of my worthy opponents, and if you find their writings more inspiring or more creative then please do not vote for me but rather for them. also the awards are for 2010, so please do not judge me by the recent stuff that finds its way onto this blog. rather delve into some of the posts that landed here in the year gone by. some of them are worth the read i think.
to see the categories and contestants go here.
to vote, go to this page and chose your favourite.
Posted by Bongi at 7:39 pm 13 comments: