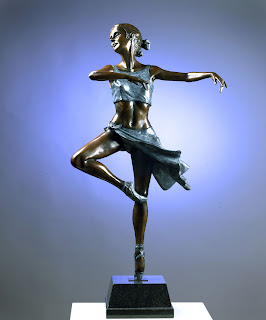 testicular torsion, to put it mildly, is a terrible condition. the testis twists around on its axis, cutting off its own blood supply. over and above the excruciating pain, if it is not operated within about six hours of it happening, well then you can pretty much kiss that testis goodbye. and to make things worse, it strikes young boys who have just entered puberty while they are awkward and unsure of themselves. it is seldom that they ask for help until long after it is all to late. at least that makes the operation easy... you simply cut out the necrotic testis, easy as pie. but at the operation, it is always important to remember that if the one testis has twisted, the other one tends to follow suit in due course, so, while chopping out the twisted testis, it is absolutely imperative that you suture the other testis to the scrotum so that it can't twist. of course if you omit this step, in all probability, in a few years time, the poor awkward teen is going to loose his second testis and this is really going to mess with his mojo, pretty much for the rest of his life.

but testicular torsion is not something that i deal with all that much. you see the condition falls into the realm of the urologists and if these humble creatures are to be found in your local hospital, then torsions go their way. however, even mighty urologists need to take time off. then us humble general surgeons step up and cut out on their behalf. recently i was put in this position and handled a testis torsion. but it reminded me of another one i dealt with a few years ago.

the patient, an eighteen year old young man, turned up at casualties about 20 minutes after developing excruciating pain in his right testicle. on examination it was clearly a torsion. but what i noticed immediately was the missing left testicle. i asked him about it.

as it turns out the patient had had a similar problem with the left testicle about a year previously. then, as was typical of young men of his age, he had waited a full day before he worked up the courage to go to hospital to seek help. of course the left testicle was already necrotic and had to be removed. the urologist tending to him at the time had done the right thing to the right testicle and fixed it to the scrotum so that it would not twist like its troublesome left counterpart. but still here i was faced with a patient with only one testicle and that one was twisted and in real danger of moving on to the hereafter (testicle heaven). also the urologist had previously operated the patient and, despite that, his remaining jewel was in danger. now that all the urologists were gone or on leave or dead or whatever, what chance did that poor nut have in my mere general surgeon hands? yet i felt the necessary urgency of the moment. one testicle is bad enough, but none??? unthinkable!!! i booked him for theater and demanded immediate theater time (something somewhat more scarce and valuable than fine gold in south africa).

surprisingly, soon i found myself (and the endangered testis) in theater. i opened the scrotum. the testis was twisted as i knew it would be, but, luckily, it was still viable. what was interesting was that the stitch that the urologist had placed a year or so earlier was still there. the testis had managed to rotate around the axis created between the stitch and its blood supply. this was clearly a testis hell bent of causing havoc and depriving its owner of full manhood. i was not about to let it do that.

i twisted the testicle back to its natural position, but somehow i needed to keep it there. one standard stitch by a urologist clearly had not been sufficient. luckily i was not a urologist. i would not be shown up by some young, single, upstart testicle, especially when my patient's very manhood rested on my actions. i fixed it and i fixed it good.

i replaced the urological stitch, then i placed four more stitches at the four points of the compass. i felt pretty sure that nothing would convince that testis to twist again. yet i still wasn't willing to take the chance of this young lad having to face life without all the questionable advantages of testosterone, so i felt compelled to do more. i used my cautery to burn multiple small scars into the surface of the testicle so that once i closed it in the scrotum, each little scar would attach to the scrotum, fixing it absolutely and permanently so that there would be and could be no question of any further gyrating and twisting. that testicle would do nothing without the scrotum knowing about it. i felt good. i had done my (or rather the urologist's) job and i had done it well. i had made a difference to a small testicle and his boy.

the next monday when the urologists had come streaming back from their no doubt deserved respite, they were quite eager to hear if i had handled anything for them. when i relayed the story of the stubbornly rotating testicle to the very one who had placed the first stitch a year or two previously, to no avail, apparently, i was not impressed when he questioned if i had sufficiently fixed the testis in place.

"are you sure that testicle won't rotate again?" he asked.

"no, i am not!" i replied, "but i can assure you if it tries to rotate again, it's going to take the whole patient with it, so look out for a guy walking down the streets doing a pirouette every so often and you'll know that's the guy i operated!"