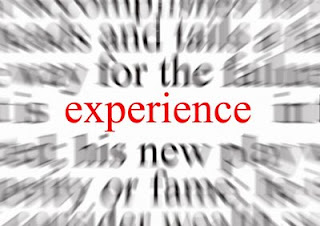 there are a few sound clinical reasons general surgeons don't use tourniquets for amputations. we tend to do amputations on people with compromised arterial blood supply so we tend not to want to make things worse by constricting the artery upstream from where we are working. we are maybe a bit scared that that constriction will be just enough to cut the artery off permanently, the proverbial last straw. also the bleeding in our patients with such poor blood supply is much less so a tourniquet is consequently less helpful. in my case, however i think the decision is also based on previous emotional trauma.

i was a community service doctor in a rural hospital. quite early on in that hospital i had already been schooled in the fine art of surviving without senior cover, so when my cuban orthopedic consultant asked me to handle the rest of the theater list i pretty much knew i had no choice in the matter.

"uum, doctor, the last case is a below knee amputation. i've never done one of those." i objected, not that i had any hope of my gentle supplication bearing any fruit.

"yes, but you assisted me with one just last week. just put the tourniquet on, cut the leg off, tie the vessels and close like you saw me doing. i'm tired and i'm going home now." with that, even before waiting to see the pained expression on my face, he turned and left. i had no choice. i was about to do my first amputation.

i carefully placed the tourniquet, pumped it up to the required pressures to prevent any blood supply to the doomed leg and went to scrub. quite soon i stood with only the theater sister to help with my knife poised, ready to do my thing. i mean how hard could it be? i just needed to get the leg off and the wound closed. so with this misplaced reassuring thought in my mind i got to work.

half an hour into the operation (i was a lot slower in those days) i was feeling quite good. i had identified the major vessels and tied them off. the bone had been cut and i was handing the leg to the floor nurse. i thought to myself that this is what it feels like to be a surgeon. you look important and in control. it was quite a rush. i should have known it was too good to last long.

at about this stage i decided all that remained for me to do was to let the tourniquet down, to make sure i had control of all the bleeders and close the wound. i was already thinking of all the people i needed to phone to tell them i had lopped a leg off. my friends in internal medicine would be so jealous. pity when i had assisted the orthopod the previous week i hadn't paid much attention to when and more specifically how he let the tourniquet down. i decided i would decrease the pressure by half. that way if there was an arterial bleed, i reasoned to myself, i would see it and control it before it got out of hand. it didn't occur to me at that heady moment of my life that if i allowed the artery to pump blood into the leg but maintained a tourniquet pressure high enough to prevent that blood from getting back into the body via the veins the result would be venous engorgement with resultant venous bleeding. even when every tiny microscopic vein started oozing like there was no tomorrow, i still didn't make the logical deduction. i just kept on clamping the veins one by one and tying them off with trusty vicryl. but the more i tied off, the more new bleeders seemed to sprout into life and start oozing uncontrollably. i suddenly wondered if one could die of vicryl toxicity. it sure seemed i would find out with the amount of vicryl i was systematically putting into that stump.

and so this scenario continued for quite some time. all the bravado and gusto that had swollen my head only moments before was long gone. i felt alone and scared. i even considered calling the cuban consultant, but he had made it quite clear i was expected to handle this myself. i was determined to soldier on.

"doctor, maybe you should blow the tourniquet up again?" the sister's suggestion seemed logical but somehow it just annoyed me. if i hadn't used the bloody (pun?) tourniquet in the first place i wouldn't be in this mess, i answered her in my mind, but that didn't seem to make sense. somewhere from my deep subconscious i started hearing a little voice. i suspect it had been screaming at me all along, but in the heat of battle i had been too distracted to pay any attention. at last i stopped to listen. the tourniquet was the problem, not the solution. that is why the thought of blowing it up again was so annoying to me, even if on the face of it it seemed like a good suggestion. i immediately knew what to do.

"please blow the tourniquet completely down." i said, trying to sound as in command as my quivering voice would permit me to. i then took a swab, pushed it against the oozing open wound and took a moment.

after not too long i ventured a quick peek at the wound. i lifted the swab and was relieved to see a dry wound with absolutely no bleeding. even the tiniest of vessels donned a vicryl tie and i think the few remaining capillaries were too scared to permit even one red blood cell to escape lest the same fate befell them.

at last i got the stump closed and left theater, completely worn out form the high levels of adrenaline i'd been exposed to, albeit directly due to my stupidity. oh well, live and learn.

never again did i use a tourniquet for an amputation.
Posted by Bongi at 12:41 am 6 comments: