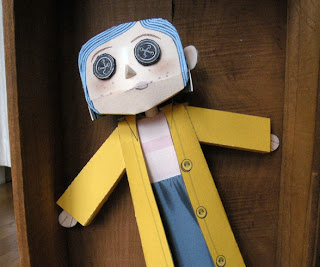 it affected me. not just it, but the fact that it didn't seem to affect my colleague.
i was a lowly fourth year medical student, delivering babies for all i was worth. looking back, i realize i enjoyed it. the whole 'joy of a baby coming into the world' really gave me joy that a baby was coming into the world. call me sentimental but i saw each birth as beautiful. somehow i could look past the meconeum and the amniotic fluid and the episiotomies and see what was actually going on. it was a happy time for the mother (mostly). it was the beginning of hopes and dreams. it was a new start for the baby (obviously) and for the mother and in a sense each new birth may have signified a potential new start for me.
she was excited about her new baby, but there was a cloud over her entire admission. the reason she had come in to hospital was because she hadn't felt the baby kicking for the last 24 hours and she was worried. quite soon we were worried too. not only could we detect no movement but we couldn't hear the fetal heart beat with our fetoscopes. my registrar was one of those amazing people who really felt for each and every patient despite the massive torrent of humanity that moved through the labour ward on a daily basis. this patient was no exception.
actually we all new what had happened, but the registrar wanted to make sure. i suppose she just didn't want to tell the mother her baby was dead before she had confirmed it on sonar. actually i think she wanted to use the sonar to show the mother there was no heartbeat to avoid problems of denial once the news was broken. whatever the reason i followed the whole drama as it unfolded, as did my fellow fourth year green medical students.
i remember sitting there in that small labour room where mothers are usually introduced to their new babies while the registrar ran the sonar probe over the mother's swollen abdomen. i remember her bringing the probe to a standstill over the heart. we could clearly see the heart, but there was no movement. the heart was not beating. as we actually already knew, the baby was dead. all that remained was to tell the mother. with genuine sympathy and very sensitively the registrar broke the tragic news to the mother. i saw her face drop as the realization of the loss set in. i could see her fighting back the tears. i was too.
finally it was over and we all slowly filed out to leave the mother to absorb the blow. of course we still had to decide how to deal with the problem of getting the baby out so we didn't have the privilege of dwelling on the human drama that had just unfolded before us. still i took a moment to allow myself to feel it. this involved no small amount of swallowing back the tears.
the registrar turned to us.
"and that is that. which of you is going to deliver this baby?" my colleague was the first to speak.
"excuse me, but when the baby is delivered, can we practice endotracheal intubations on the body?"
i felt nauseous and slightly dizzy. it hadn't occurred to me before then but suddenly i realized the entire humanity of what had just happened had gone completely over the head of my colleague. all he was interested in was the possible so called learning opportunity that he could get out of the 'situation'. quite frankly he had felt nothing for the baby and he had felt nothing for the mother. i couldn't help wondering what sort of a doctor he would one day turn out to be. i never wanted to be like that.
in the end i was the one that had to deliver the baby. there were a lot of tears.
Posted by Bongi at 11:09 pm 25 comments: 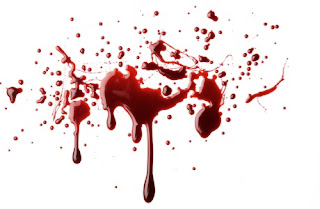