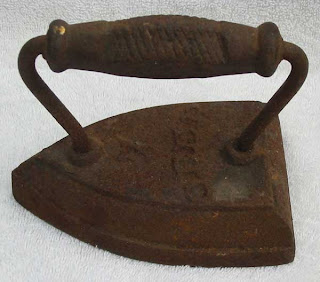 finally the ultimate irony has occurred. while working in private, the government hospital referred a patient to private because they had no surgeon on call and i received the patient. (to be honest they also had a problem with an icu bed so it is slightly more complex).

the whole incident was quite interesting. it was a tuesday. therefore i was doing my bit at the state hospital. (see failure and update) a patient came in with total obstruction of her airway due to multinodular goiter. nothing like the patient i featured in two heads, but her airway closed and she went quite blue. she came to the state hospital. in casualties she was intubated to allow her to breathe. because i was there the doctor asked me to take a look. he told me the vocal chords were very swollen and another intubation would be nearly inpossible. i said that she needed an urgent thyroidectomy and maybe an tracheostomy. i added i'd do it there at the state hospital. he just needed to phone me when it was time. i then left.

and the irony? the bill will probably be about what i and the other surgeons were asking for in overtime for about 6 months because of the icu admission etc. and that for only one patient. and yet they wouldn't pay us. yet now they will be paying me, but much much more than i was actually asking for when i was there. penny wise and pound foolish. 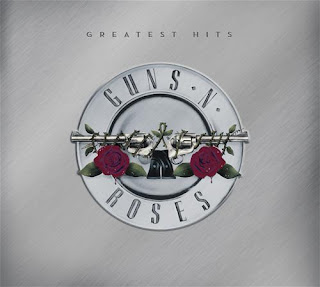 recently i heard or was involved in a number of stories about guns. they had a profound effect on me. strangely i think i have understood slightly better a theme that reccurs in my blog because of this effect

story one. one of the senior doctors at the government hospital was visiting a friend. they were sitting in the lounge chatting when he felt a gun pushed up against his head. the robbers forced them to lie down and relieved them of their wallets and cell phones. they were not shot. in south africa we all tell him he was lucky. sort of "get over it dude! usually they shoot you anyway for the hell of it! you're lucky". the guy was pretty shaken, but got very little sympathy.

story two. a community service doctor in the neighbouring community of hazyview was at home one evening when he felt a gun pushed up against his head. this story is basically the same as story one, so enough said.

story three. this one was actually a patient of mine. an old man and his wife were sleeping when she heard a noise in the house and woke him up. before he could get out of bed, two youths entered their bedroom with guns. one pointed his weapon at the old man's wife. he shouted at him, saying he must not point a gun at his wife. the burglar slowly turned the gun towards him, fired one shot through his abdomen and one at his head. the gut shot went through his liver, through his stomach, through the right gastroepiploic artery, through the diaphragm and out the side of his chest. the head wound was just a glancing blow. much later, when i followed him up i couldn't help laughing when he said to me, "dok, to hy my in die kop geskiet het het ek my moer gestrip!" (doc when he shot me in the head i lost my temper) the patient then grabbed his own gun and chased the burglars out, firing a few shots at them. they didn't present to any hospitals i know of. the patient did. he bled a good three liters of blood into his abdomen. after the operation, he did some time in icu for the sins of his youth and then slowly recovered. actually he recovered physically. emotionally he remained pretty shaken when i followed him up two months after the incident.

story four. i recently had an old gp as an assistant. his daughter incidentally studied surgery a few years ahead of me. (small world). he told me a story about what happened to him in 1999. he had a gp practise somewhere in gauteng. one day one of his staff came to him and said that he'd heard that there was a group on the way to his practise to steal his money. even the type of car they would be driving was divulged. the fact that this was public knowledge in itself is disturbing. anyway, sure enough, he saw the car drive up. he quickly got his gun. two men entered, guns drawn. he fired one shot and his gun jammed. their guns did not jam. when the smoke cleared, he had taken five shots. he was operated numerous times and also spent some time in icu. apparently most of the staff thought he had no chance. he recovered.... physically. his practise did not. interesting his psyche also recovered.

the reason i'm relaying all these stories is because of a eureka moment i had while reading a post in my favourite blog. i was slightly perturbed to see that i seem fairly unique amongst surgeons in my view that i am confronted by my own mortality every time i deal with the death of my patients. but when i read this specific post i realised it was slightly more complex. in this post, the master blogger referrs to his time in vietnam. he admitted that he had it pretty easy compared to the soldiers. however the fact that he could copp it at any moment still nagged at his mind. the soldiers came to him complained that they couldn't take it any more. and what was the it? the possibility of picking up the ultimate lead ticket. but that was war. i am in an urban war. the fact of the matter is the above stories are about people like me living in the same place i live and sometimes doing the same work i do. they didn't get shot or have guns pressed up against their heads because they are drug dealers or bad people. these things happened because that is the state of our country today. i could in fact be the next one and i could end up the superlative of dead. yes i am constantly confronted by my mortality but that is because i am also the potential next victim in the war which is normal life in south africa. but because this is not a recognised war, to simply say i can't take it any more is not an option. somehow we must integrate it into our normality. and then the question remains, what is normality if normality is not normal? so the answer is to somehow channel these feelings for some good. in my case it is the feeling of unity with my patients and the constant reminder that i'm just as mortal as they are.

but anyway, even if the concluding arguement is a bit iffy, the stories are quite cool.
Posted by Bongi at 6:50 pm 5 comments: 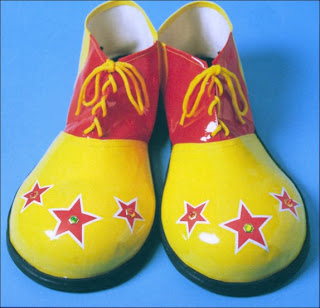 just a quick update of things. firstly it seems my internet connection problems are sorted out so hopefully my posts will be more regular.

on failure, as i said i would do, i tendered my resignation, but stated my availability to do part time work for the state. they verbally said they would appreciate that but never went further than that. for good measure the admin also called me in for a session of verbal abuse. very refreshing. they then told the doctors at the hospital that i was the problem. so i have resigned. but as i said i would do, i go in on a tuesday to do a list at the hospital. this is because of the emense need. it is surprisingly liberating working there on a tuesday and not having anything to do with the administration. recently the superintendent phoned me and came very close to forbidding me from working in the hospital. the desire to maintain face politically is more important than service delivery to them.

on two heads, the patient left the hospital and never returned. maybe her trachea finally closed and she died. but what is more likely in our setting is that she decided nothing good could come from us western doctors and she continued to seek help from where she had been getting treatment all along. she had no address and no telephone so there isn't really a chance of following up on her. i remain hopeful she will return. (the last two, yes two both came in with critical tracheal obstruction in distress and had urgent thyroidectomies)

on the powerful horn, the patient improved just enough to keep hope alive. after about a week and a half he required intubation again. he then deteriorated rapidly. finally when his kidneys packed up, i gave up hope. within a day he was dead.

but otherwise, i hope to blog more regularly now, so hope to write soon.
Posted by Bongi at 11:27 pm No comments: