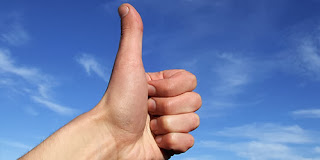 it was a battle. looking back i don't think we ever had a chance, but you don't just give up on a young man in the prime of his life. we had to try. he was my patient.

he was a foreigner, on a gap year in africa where he was going to learn all sorts of things about conservation and african wildlife. up until the accident, all had apparently gone well. the group of teenagers on the course had so far enjoyed every moment of their time together and some close friendships had even begun to develop. as it always is with these sorts of things, when they all climbed into the bus that day, no one expected what rippling ramifications there would be

from what was later told to me, it sounded like the accident happened in slow motion. the bus was driving along a fairly narrow mountain pass when, while negotiating one of the sharper turns, one of the back wheels went off the road into a ditch. as the bus drove on, the wheel was dragged along trying to remount the edge of the tar before a steep precipice that was looming up. it was unsuccessful. when the side of the road dropped away beneath the wheel, the undercarriage of the bus smashed into the edge of the road and slowly started getting dragged down. still the bus drove on. i suppose the driver either didn't realize the dire nature of his dilemma or he felt he still had a chance of pulling the bus back up onto the safety of the road. whatever his reasoning, it didn't work. slowly the back of the bus slipped further and further off the road. once the other back wheel also went off the edge, the bus teetered for a moment and then went crashing and rolling down towards the river below. in those moments between the realization of impending doom and the moment of the first impact of bodies colliding with the walls and roof and floor in a continuous spinning cycle, i often wonder what he thought. was he aware of the gravity of the situation or, like most people that age, did he trust in the indestructibility of his body? did he cease to look forward to the promise of a long and happy life and instead, look back to see if what had gone before would constitute a worthwhile existence? was there an awareness that the sheer abandonment of youth was over forever? or were his thoughts limited only to the constant tumbling of the bus and the melee of the bodies of his friend being thrown together and around.

for what had happened most of the people got off fairly lightly. sure, as the noise of the tumbling bus settled together with the dust it would have been replaced with screaming and sounds of pain and despair, but there were surprisingly few serious injuries, except of course my patient. there will always be chaos after such an event. somehow i think my patient didn't make too much noise. it would have been painful to breathe let alone scream. i imagine him lying quietly in blood soaked gravel, almost hidden from view of the rest of the disaster trying to make sense of all the new sounds and smells and sensations, trying to come to terms with what had happened and that it had happened. young people are usually not burdened by the ramifications of events so i doubt he thought too much about that. that would be left to others to contemplate later once all else had gone quiet.

the paramedics triaged well. only one patient was deemed serious enough to fly out with a helicopter. all the rest were stabilized and transported via more conventional means to our hospital.

so it fell to me to wait in casualties for the helicopter to land and deliver to us what was described as a severely injured young man. it was a situation i had been in many times before. it was, in fact, what i was trained to do. as usual i took the time to calm myself and reflect. experience had taught me that once the patient had arrived there would be little time to even think. everything would happen almost automatically as it had done so many times before. my body would go into a very focused state where anything that is not immediately associated with keeping the patient alive almost shuts down. i don't feel hunger or thirst or fatigue. my body doesn't require toilet breaks or to deal with any such basic needs. i even don't feel emotion. i get on with the job. get it done, that is all that matters at that moment. so when i saw my patient for the first time i was surprised by my reaction. looking at this young man with a broken and battered body touched me. he was quiet and seemed to have accepted his fate. he looked at me. there was peace in his eyes that seemed to defy what had happened to him. i like to think he smiled, but to tell the truth, my mind might have added that in later. i felt sorry for him. i didn't want him to die. i determined to do everything and anything in my power to prevent that, although i knew that is what i would have done anyway. only with him there was an emotional aspect to my determination.

once we got to work, my focus came. no longer fettered by the mist and fog of human emotion we quickly did all the necessary things to get him to theater. i stayed by his side the whole time, orchestrating everything, leaving him only once i had handed him over to the anaesthetist and then for only as long as it took me to change into my theater clothes. i joined my colleague as he was wheeling the gurney into theater. for a while i would be an onlooker until the patient was asleep, leaving my charge to my anesthetic colleague until then. after that we would battle together for the life of this young man, each carrying out our relevant roles in this drama.

i looked at my patient. his eyes were fixed on me. i wondered what was going on behind those eyes. despite being so severely injured they still seemed to be focused. the humanity was obvious. i felt for him again. i imagined myself in his position, so far from home facing such incredible odds and all that, completely alone. i had to touch the humanity of him before i engaged in the struggle that lay before me. i placed my hand on his shoulder;

"don't worry! we will do everything in our power for you." his gaze stayed as it had been. then he slowly lifted his hand and gave me a thumbs up sign. he believed in me and trusted in me. it was almost too much for me to bear.

we fought for him for hours. we fought so long and so hard that even when we knew we had lost the fight, we fought on. we hoped against the odds and against the creeping knowledge that we had lost and just kept going. only finally when my patient was absolutely dead (if that is even a concept) did we acknowledge defeat. afterwards, with this sort of thing, once the body is allowed to admit its own needs, they often come flooding back. suddenly i felt tired and hungry. the tired was more than just the fatigue of the physical body, but it was also the deep tiredness of soul, the feeling that you had been somewhere and done something that no human is supposed to have done. it is a type of tiredness you know will follow you for years to come, a tiredness that defies sleep or any other measure to combat it. i looked at my colleague. i think he felt the same. we walked out together in silence. there were no words left. they had been all used up in the preceding hours with business words like 'more blood' and 'another f#ck¡ng artery clamp now' and 'squeeze the heart now or we've lost him'. Soft words like 'are you ok?' just didn't seem appropriate anymore.

the next day, while the wounds were still fresh, the hospital administration told me that his parents far away in europe had asked what had happened in his last moments and if he had suffered much. they suggested that if i felt it appropriate, i should write to them. maybe somehow they knew i needed some sort of reassurance or healing or closure too and felt we could 'cry on each other's shoulders' as it were, i'm not sure. it all seemed a bit odd. then i thought about my patient raising his thumb to me. that surely was his last moment. the hours after that weren't his moments. they were mine. i suddenly realized that that raised thumb of trust and hope carried some beauty, some strength and i knew his parents would want to know about it. it was my duty to let them know.

i wrote a letter to them. i did not need to go into the details of the battle in theater with all the blood and guts and the slow fading of life. i just needed to tell them the strength that he demonstrated right up to the end. i wrestled with every word that i put in that letter but finally i had something that i gave to administration. they passed it on to the parents.

only  a day later the reply came and was forwarded to me. i read the words but they were so much more than words. i could see the tears and heartache and dashed hopes and regrets of parents far far away having their world ripped from under them. i knew it was a level of despair i could not understand and which i did not want to understand. to me they expressed gratitude and said they had been moved by my email and that it had helped them to deal with the grief. they went on to say they would like it very much (they came from a country where people tended to say things like 'like it very much') if i would continue a correspondence with them.

i sat down. for me my pain was still very close to the surface but it would heal. theirs would never heal. they had lost a son. i had just lost a patient. i could feel the longing in their 'like it very much' for more. they didn't want their son to be gone and would cling to anything that could possibly fool them into thinking he was still just away in africa and would probably return any moment. i could not be that thing.