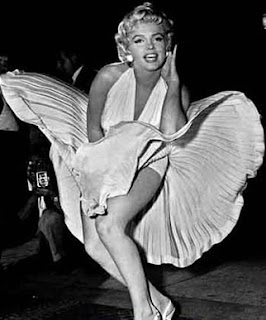 surgeons like flatus. it is a sign of an intestinal canal that is at least not totally dysfunctional. after most operations we ask the patient the next day if they have passed any and hold our breaths for the answer. if the answer is no, the bowel is still sulking and refuses to kick into gear. if the answer is yes, we get a warm fuzzy feeling, permeating right down to our toes. but flatus humour is not lost on us.


two stories come to mind. one happened during registrarship and one happened many years before when i was at school. lets start with the former.

this guy had a very laid back approach to life. he was somehow immune to the pressures of surgery (maybe because he knew he was leaving after a short month and also, as a guest he had no direct responsibility) and he had a vibrant, spontaneous sense of humour. one day we were walking down from 54icu which, due to mad apartheid planning, was miles away from the rest of the hospital. on the way down, another prof joined us and engaged the boss in conversation. i moved back from my designated place at his right hand side and followed with the rest of the firm at about 5 paces behind, next to the rotator.

at about this stage it became apparent that someone's colon had done it's duty. the orthopod started making faces and not too quietly lamenting our lot in having to be subjected to smelling the very displeasing aroma. obviously the offending colon belonged to at least one of the professors walking in front of us, so i told the guy to put a plug in it (i qualified that i meant his mouth because i was afraid of exactly where he was likely to put the plug). but he just would not stop.

after a while the boss obviously heard the continuous tirade of disgust from his entourage following in the foul wake behind him. he turned around and said;
"'skies mense." (excuse me guys). without missing a beat this upstart orthopod replies;
"prof, i know it is normal to pass three liters of flatus per day, but do you have to pass it all at the same time?"

everyone fell apart.
Posted by Bongi at 5:16 pm

It's nice to know that some things are truly universal... If only flatulence had the ability to bring us all together, so to speak... some things are best done far removed from areas of populous.

several years ago my wife had a dream in which a school chum of our son did a science fair project on flatus. she told him about her dream, and it happened that he was due to produce a project. so he did it on flatus. his display was removed from the auditorium.

it is amusing to think how freely we surgeons ask our patients if they've passed gas; and how proudly they answer in the affirmative

I don't care who you are - farts are funny.

Actually, I found that particular conversation embarrassing! I was too drugged up to care, though.
I made my doctor blush, though, when I asked him when I could have sex after back surgery. Cute.

This post had me laughing at a memory of one of my doc's applauding when i finally passed gas.I had just had a major cancer surgery and was naturally allowed nothing by mouth until those bowel sounds came back. i do mean nothing, not even ice chips. everyday he would come in and listen and no bowel sounds. he also would ask me if I had passed gas. Every day my answer was in the negative. finally on post op day 5 it happened. He was so excited he and his team applauded over this heroic event. I was also excited and applauded for myself. I was finally going to get some clear liquids to eat/drink.

The majority of people in the society must have experienced problem, "What we call 'functional gastro-intestinal disorders'; not a very pleasant thing to have". But
remember, these odd 'funny'sounds are the cause of that very problem we tend to call funny and foul. We have built a cult of (in)decency by
our self styled civilisation.