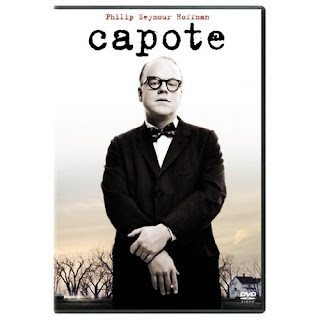 but in south africa there is a similar incident every day. i don't read the newspaper because it depresses me too much. you might wonder why i, a surgeon, am posting on this. one reason may be because i often deal with the survivors (two previous posts found here and here). at the moment i have three patients who are victims of violent crime. one is the victim of a farm attack. an old man who had his head caved in with a spade. why? just for fun, it seems. but maybe the reason i'm writing this post is because i'm south african. this is my country and i'm gatvol.

just three recent stories. some guys broke into a house. they gaged the man. it seemed that whatever they shoved into his mouth was shoved in too deep, because as they lay on the bed violating his wife, he fought for breath and finally died of asphyxiation.
then there is a woman alone at home. some thugs broke in and asked where the safe was. they were looking for guns. she told them she had no safe and no guns. they then took a poker, heated it to red hot and proceeded to torture her with it so that she would tell them what they wanted to hear. because she could not, the torture went on for a number of hours.
then there is the story of a group of thugs that broke in to a house. they shot the man and cut the fingers of the woman off with a pair of garden shears. while the man lay on the floor dying, the criminals took some time off to lounge on the bed eating some snacks they had found in the fridge and watch a bit of television.

these are only three stories, but, if you do read the papers, you can hear about similar stories on a daily basis. and our great and mighty president, the eminently blind thabo mbeki, believes there is no problem with crime here.

yes, you americans were right to be horrified by the story upon which capote is based. we south africans, through the leadership of possibly the worst leader of a country in the world today, well we just get used to it.
Posted by Bongi at 7:35 pm

How very sad that one would just get used it. I like to think that everyone is intrinsically good, but the older I get the harder it is for me to believe. There are stories in our newspaper here that make me cringe -- mostly the evil/cruelty direceted at children. For example the father who put his child in the microwave. The father and mother who tied their child to a tree as punishment and left him there for most of the day. The father who never noticed how much sun his 4 yo child got -- the child was hospitalized with 3rd degree burns.

It is all so sad.

Your stories were horrifying, but what scares me even more is the fact that so many people here in the US choose to believe that evil is something new, especially in small towns. That is obviously not so, as evidenced by Capote.

Dr. Bongi: I"m so sorry. I've read In Cold Blood twice (English major), and the tone is definitely one of incredulity. My S. African friends moved here for the safety of their future children. The still marvel at little things, like being able to leave a bicycle outside unattended in my neighborhood.

The world is a horrible place when left untended.

South Africa is a warzone minus the armies, with extra rape and pillage to compensate.
Nothing shocks me about that anymore, not that I remember the last time it did. Sad? Not as sad as how well we tollerate our governments ineptitudes, failures and corruptions.

Is it even possible to EVER get used to it? To live in fear every day that you might be a victim?

A very sobering look at just how vicious humans can be to one another.

It wasn't easy to read, but it is important to know that this brutality exists.

Are the crimes racially motivated (black on white?)

I'd say that you'd damned well better arm yourselves, and take care of the situation over there.

Anything less would be self-defeating.

what's horrifying is that people anywhere would allow themselves to be disarmed.

this post just makes me angry... we have one of the most beautiful, full of potential countries in the world... but its marred by the near constant violence. i am travelling in egypt at the moment: most egyptians know two things about south africa "bafana bafana" and "theres a lot of crimes". how sad:( good on you for staying, i dont think i will be coming back for a while... you have to decide how much of this you can take in your day to day life.

ramona, yes it it sad. Our government believes in denial. They deny any problem. Therefore you are frowned upon from on high if you say there is a problem. Getting used to it sometimes seems the only option.

Dr val, it is still worth while to visit. Just attach yourself to a south african who knows the ropes and always lock your door.

Aelistar i agree. The government doesn't much care what we think and they will be voted in again despite how pathetic they are, so there is no responsibility. What option do we have but to get used to them too?

Anonymous, there is crime everywhere but the most brutal and the violent crimes without clear motives are almost exclusively black on white. This is one more thing the government denies and even labels you as racist if you say it. It may not be put too strongly to say it is very nearly government sanctioned.

my dad spent five years in india during ww2. he said he knew he needed to find a way to leave when he found himself stepping over people dead from starvation and walking on. i guess we can get used to most anything. which, probably, has a lot to do with why it continues.

I wonder, what does it cost you (and others) to "just get used to it."

barbara, this post is a bit of a rant. as such i suppose i should have given due warning. i started by saying that the american view was correct. i'm not saying getting used to it is right. what i am saying is when you live in a country where the government does not consider it a problem and may possibly be inwardly happy if the victims are white and where there is no recourse and no justice, getting used to it seems one of the few things that can be done.
but the last line of this post was written with tongue in the cheek venom.

Incomprehensible to think that this can be "accepted" as part of daily headlines and life. Yet one person can't change the state of affairs, even moreso when, as you say (and corroborates everything I've ever read about the situation) that the government implicitly supports the continuing violence against white landowners. Add the Zimbabwe refugee factor and things aren't going to get better.

I feel for you, and I worry that this will take more than a few generations for South Africa to heal--assuming new leadership occurs.