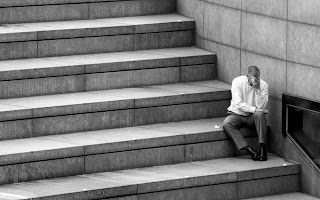 some lessons are learned the hard way. and it's no easier if you are thrown out to the wolves.

i was in vascular, arguably the toughest rotation. i was doing 15 calls a month, most with little or no sleep. i was not having fun. so i was delighted when the powers that be (the general surgery prof and the vascular prof) made the decision that all stabwonds of the neck must be referred to the general surgeon on call first. if he made the assessment that it was a vascular problem then he would call the vascular surgeon. this would decrease the number of unnecessary referrals and slightly decrease our workload.

so on a particular night when the casualty officer called me in the early hours for a stabbed neck, my first question was whether she had already spoken to the general surgeon. she informed me he was already there to see another patient and she would ask him to evaluate the guy. i told her that if he felt it was vascular then he should call me and i'd be there like a flash. i rolled over and returned to my stupor. strangely enough i wasn't called again that night.

in the morning my pager went off. it was the casualty officer again. her first sentence sent shivers down my spine.
"while you were sleeping nicely let me tell you what has been happening here!"
this could not be good.

as it turned out the general surgeon (a rotating belgian registrar) had felt it was indeed vascular, but the casualty officer told him i had refused to come out. in desperation he had phoned the thorax surgeon who also refused to come out. he then did a chest x-ray which showed apical capping. with this new information he phoned the thorax guy again and after some threatening demanded that he come to take a look.

when the thorax surgeon got there the patient was apparently not doing too well. he dove into the neck with the belgian assisting him right there in casualties. apparently the ensuing bloodbath could only be contained with a few blind clamps onto the source of the bleed which just happened to be the subclavian artery. as we say in afrikaans, ek ken kak en ek ken pudding en hierdie is nie pudding nie (this is not good). i rushed there as fast as i could, adrenals pumping.

the general surgeon was still there. he looked rattled but glad to see me. i told him i would take it from there and he could go to the morning meeting with the prof. i asked him to excuse me from that same meeting which the vascular team was also required to attend.

i organized theater (with the obligatory blood and products ordered) and without too much delay my consultant and i started the operation. the operation, as vascular operations tend to do, took hours. some time that afternoon we delivered a severely compromised patient to icu.

i walked out of theater worn out from both the effort and the adrenaline. i ran into a friend. he asked me how it went.
"not good!" i replied.
"you'd better hope he doesn't die!" he told me. he then went on to warn me that the general surgeon had told the prof that he had phoned me personally and i had blankly refused to come out, thereby leaving him with a problem he was not equipped to deal with. the prof was apparently furious. he had already dictated a letter to the thorax department, complaining about the lax behaviour of their registrar and had decided to take me to task at the next m&m (morbidity and mortality meeting). if the patient died the depth of the sh!t i would be in would be considerably deeper.

i lived in fear waiting for the m&m meeting. i had images of my career coming to an abrupt end. sure enough, as if on cue, the patient died the day before the meeting. suffice to say the meeting did not go well. however, with me being present, the belgian did not repeat that i had refused to come out to see the patient. i survived.

from that day on, if i get called, even if i think it is not an appropriate referral, among the things i say on the phone, i always end the call with the words;
"i'm on my way!"
Posted by Bongi at 12:23 am

Wow Bongi! Again, another amazing post! They should've called you in instead of insisting that you had refused to come! Some people have horrible communication skills. I'm glad you pulled through! But it was a very intense story, as always.

"some lessons are learned the hard way" That is so very true. Those are also the ones you never forget, that is if you don't get "thrown out to the wolves" :)

great post bongi! you have a great writing style, and should seriously consider writing a book about your experiences. i'd like to recommend a book that I think you would enjoy and it may start you on the way to writing your own. it's called 'when the air hits your brain' by frank vertosick. in fact, if you e-mail me your address i'll send you a copy. "ek ken kak en ek ken pudding..." dit is bledie snaaks!

Sounds like the casualty officer needs a night with the wolves. Very admirable of you not to rat her out. Even though it probably wouldn't have helped your situation there may have been some degree of satisfaction!

This is a strange system of teaching over there. All stick, no carrot.

OTOH, sometimes these communications are very dependent on the precise words chosen. So it can be hard to remember exactly how you respond to something after the fact, and maybe an attitude was communicated, or the person on the receiving end had an attitude. It can be very disquieting.

i just googled up 'when the air hits your brain' and never found one bad review on it. i should try reading it, probably a good insight into my years as an intern pretty soon..