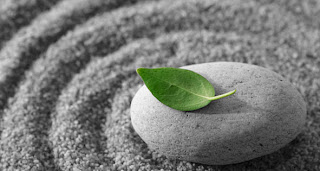 you wouldn't think it by reading this blog, but sometimes in surgery things can go wrong. and sometimes they can go severely wrong very quickly. strangely at the moment of disaster it is not always clear if you are facing a problem or a full blown disaster. and thus i learned to take a moment.

the principle of the moment actually took its origins from many years ago when i was still a house doctor. in those days i was already doing certain surgeries which were way above my head. i would always try to get my frame of mind right while scrubbing. i would think about the operation and what i was likely to encounter and just try to focus. yes, in a certain sense i was already taking a moment.

in training when i was a junior i did quite a bit of assisting as can be expected. when things got rough generally the tension was almost too much to bear. and if the lowly assistant didn't hold the deaver retractor just right or for long enough all hell was likely to break loose. let me just use this moment to mention that the deaver was designed by a sadistic internist who now sits in his office chuckling to himself about the hand spasms that his instrument causes to us surgery folk. either that or the devil himself took time off from tormenting the damned to create something that could torment the living too.
anyway, as an assistant during those numerous tense moments my hands often spasmed so badly that it was difficult to open them afterwards. i wondered why the blasted surgeon couldn't just take a moment so the poor assistant could stretch his fingers before the next protracted attempt to get whatever surgical control needed to be gotten. at least then at the crucial moment the assistant would be worth something.

and then there is the small issue of bleeding. yes, boys and girls we have learned that all bleeding stops, but i personally believe it is better to stop the bleeding while there is at least a flicker of life left in the patient. these moments are the true adrenaline moments in our job. during these moments the actions of the surgeon will determine whether the patient lives or dies. you need to be at your best. you need your assistant to be at his best. what an ideal time to take a moment. you can just go through what to do in your mind before the chips really do go down. you can instruct your assistant to relax and prepare to unrelax during what is about to transpire while you settle yourself and concentrate on what you are about to do. (it is important to tell the assistant to take a moment. all but the most useless can feel the tension and will not relax unless they are actually told to.)

but the moment has to do with bleeding too. obviously you can't just step back while some big artery is pumping blood all over the floor (it might annoy the sister). pressure is the key. you put pressure on the bleeder with a swab and then you take your moment. (remember to let your assistant know this is his moment too. he will use it to stretch his fingers and curse the fiend who designed the deaver.) while you are trying to remember the punch line of some weak joke in an attempt to put everyone at ease, your pressure with the swab will help with the bleeding. it is controlling all the venous oozing, leaving only the surgically significant bleeding for you to control. you see in the heat of the moment, with severe bleeding, those worrisome venous oozers sometimes cause just enough trouble to really make control difficult. you are not sure what to tie off and that small amount of ooze obscures the vision just enough to make control difficult.

so in conclusion, at the most critical times during an operation, put time aside to take a moment. it settles your nerves, optimalizes your assistant and helps with bleeding. it also creates the illusion that you are totally in control even if the situation is spiralling downwards towards the creator of the deaver.
Posted by Bongi at 10:20 pm

Email ThisBlogThis!Share to TwitterShare to FacebookShare to Pinterest
Labels: principles of bongi, surgical principles, take a moment, the moment

Good advice. (and I agree with the comments on the deaver)

One of my profs used to say, whenever something unexpected happened in the OR..."when you make your first mistake, stop, because you are about to make your second mistake"

Not entirely in the vein of your post, but ... I have 2 young children and it's currently school holidays. I find my "moments" being taken by escaping to the loo. It's amazing how sanity and clarity seeps back into you as you turn the key :)

And I wholeheartedly agree with Anonymous's prof!

i'm glad to hear surgeons also think the deaver retractor is fiend: i spent many an hour as a student cursing the bloody thing, trying to hold it just right for the poor surgical reg... aaaah good times:)

As always Bongi ...an interesting post. You ARE a GIFTED writer.

I can imagine a show in which these stories are on a TV series and your fabulous voice/accent (heard you on blog radio)narrates like on Grey's Anatomy. And ..it takes place in Africa and so would have the unique stories relevant to the country as well as general population around the world. I'm serious.

Anyway, I came in here because I followed the link to the other post I am reading.

Question - you said"as an assistant during those numerous tense moments my hands often spasmed so badly that it was difficult to open them afterwards. i wondered why the blasted surgeon couldn't just take a moment so the poor assistant could stretch his fingers before the next protracted attempt to get whatever surgical control needed to be gotten. at least then at the crucial moment the assistant would be worth something."

When you moved higher up in the ranks did you give your underlings the breaks/time out ..or is it part of the grueling training surgeons go through?

i still take moments. during these times i actually stop, turn to my assistant and tell him to relax and take a moment with me.