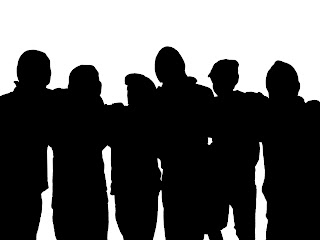 i try to treat all my patients equally. sometimes i don't get it right i suppose, but i still think i do better than most.

i was as junior as one can get. but as i have touched on before, when i started studying surgery there was a general shortage of staff in the department. this meant i was running a surgical firm long before i was actually capable of doing so. this happened in my first week of running a firm.

a general practitioner phoned about an appendix he wanted to send to us. he spent a bit too much time explaining that they had no money and he had seen the girl as a favour. he threw in that he had managed to have blood tests done at a nearby state facility under the table. with a bit more experience i would have known there was trouble brewing. i did not have that experience.

the patient arrived a few hours later, as the sun was setting. she was a 16 year old girl that looked like she should have had medical aid and therefore not be with us but rather be at some fancy private hospital. i checked her out and went over the blood results that she had been so kind to bring along. to me it looked like she had a clear cut appendicitis and she needed a clear cut to solve her problem. i organised the admission and booked her on the theater list. all i needed to do was run it by the parents who were required to sign the consent and all would be set. there was of course the small matter of never having done an appendisectomy before, but that was a bridge i was going to jump off when i got to it.

i found the mother in the waiting room. i quickly ran through my findings with her and told her that i thought an operation was in order. once again with a bit more experience i think i would have been prepared for her blatant and open aggression. i wasn't.

"and how did you come to this opinion?" she demanded with an accusing look. i was shaken, but i recovered. i went through my clinical findings and threw the blood results they had brought in themselves. then just for good measure i claimed that we were even then sending her for a sonar just to make sure. i also made a mental note to tell a student to rush her off the sonar as soon as i got clear of the mother.

"ok, but i'm not just going to take your word for it. i'll first speak to my husband and i'll get back to you."

"fine, but i'm going to book her on the list so long. we can always cancel later if needed." with that i left (after telling the student to rush the patient off to sonar of course). after that i just got on with the work of the night. we admitted a few more cases, at least one of which i would be required to call my consultant out to operate because of my total lack of experience.

about ten o'clock that night i quickly shot through theater to put yet another patient on the emergency list. the anaesthetist on call stopped me. she also stopped me in my tracks.

"bongi, why is your prof stalking the corridors at this hour?" i may not have had all that much experience but i did know the prof actually being in the hospital so late at night was one of the signs of the apocalypse. i was worried. i felt even worse when i was informed the prof had pushed that 16 year old appendix patient up the list, as high as he ethically could. i was then informed he was preparing to spend the night in the anaesthetic consultants' room. things were looking dismal. i knew i either needed to find him and find out what the hell was going on or i needed to avoid him altogether. avoiding him was not really an option because i would be required to present my call to him the next morning. if he knew that i didn't have complete control of the call, even if it was because he usurped me, it would spell disaster for me. however in the back of my mind was the nagging fact that i had never done an appendisectomy before. maybe he could do this one and i could assist. the next one which was already on the list would be left to me. hopefully watching the prof do an appendisectomy would be all the training i needed.

the anaesthetist also told me why the prof felt it important to do a procedure that was usually far below his great and mighty status. it seemed the patient was a vip. as it turned out, the patient's mother's neighbour's daughter's boyfriend was the prof's son. clearly the prof held his son in such esteem that his son's girlfriend's mother's neighbour's daughter needed his immediate attention. who says six degrees of separation doesn't come in use every now and again?

then, while i was searching the hospital for the prof, he once again snuck into theater where he was informed my consultant would be required to be called out to do one of the other operations on the list. he informed the anaesthetist to inform me that my consultant and not myself should do the appendisectomy. he then left.

telling my consultant that he was required to do the appendix just because of the long and convoluted connection between the prof and the patient was a bit awkward. at least the consultant had a sense of humour and simply accepted his fate.

finally when the patient got to theater we got ready to go. the consultant handed me the knife.

"i think the prof said you were to do the operation." i ventured helpfully.

as can be expected with a first, i struggled through the operation. the fact that the appendix was very inflamed and adhered to a whole bunch of things in the abdomen didn't make it easier. however, even when i asked the consultant to take over, he refused. he told me that a surgeon can't just back off halfway through an operation and i must finish what i had started. i considered saying i had not wanted to start it, seeing that the prof had pretty much forbidden me from doing the operation and i had only raised the knife at the insistence of the consultant, but i knew what he would say. i soldiered on quietly and finally had the last stitch in.

the next day, on post operative rounds, the consultant asked the patient how she was feeling.

"much better, thank you." said the vip.

"good, "replied my consultant, "we were worried we had done the wrong operation on you."

Well done, Bongi. I think of all the things you learned from this vip case, performing an appy was the lowest on the list.

Hope this finds you well.

Question: Let's say that during surgery at a teaching hospital, in the process of learning, an accidental but irreversible mistake is made by a resident causing the patient lifelong problems.
Would you, as the patient, feel that you had rightly sacrificed part of your health for the future benefit of other patients. (Hopefully the resident learned from the mistake.) (I hope the answer is yes, because that's what I keep telling myself.)

anonymous negligence and malpractice should be the same in state and private.

having said that i don't know what sort of mistake was made. you mention accidental so it was neither actually negligence or malpractice. but that doesn't make the consequences any less unpleasant. i know that sometimes things go wrong in surgery and i feel sorry for both the patient and the surgeon.

if i were forced to give a yes no answer to your question it would be no. but it is complicated.

I guess, I choose to believe the mistake was caused by inexperience in the process of learning.(I don't really know as I was out cold at the time.)
It makes, it easier to deal with the pain.
I don't think, I understand your no. I do understand that life is complicated. More so as I get older.

Great Story! it seems that the most "wanted friends of friends of neighbors of cousins" are specialists(dr's), hotelliers and computor technicians! somewhere down the line you'll come in handy!

My question is what would you have done now that you have more experience? How would the story have ended?

Thanks for the great story!