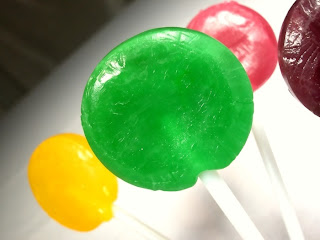 Hum. Wonder how it ended.

That the 'sucker' snapped and you guys jeered, or
that his marriage fell apart and you guys regret playing such prank.

Anyone who has gone through the residency knows how the game goes.

The question is whether we would hand down such 'tradition' to the next round of 'suckers.'

No wonder medical professionals are increasingly cynical/disillusioned from one generation to the next.

rickover, the guy survived. his marriage also did. at the time he was starting a business which later became successful and he went out of clinical medicine which was his plan all along.

like pretty much all my posts, this one is a story based to a large extent on an incident that did happen. but it remains a story. it is supposed to illustrate what life was like back then and to do that honestly i must occasionally also post the stories i'm not overly proud of. yet it is still a pretty good story, i thought.

i think there are so many other reasons medical professionals are increasingly cynical/disillusioned from one generation to the next that my single incident probably had no effect on the trend.

also of all the students and house doctors that i worked with there were very few who experienced it as bad. actually some decided to pursue surgery and told me that i had a direct influence in their decision. i feel that the true error i tended to make was that i maybe made some people who in the long run won't enjoy surgery tend to want to study surgery, this incident excluded.

That is good to hear.

i dont believe its a story. so many older surgeons have problems with their hearts or with ETOH and marriages. its a direct result of overwork. they burn out young.

ophelia, you are right. we as a group are overworked and we do burn out. this does often reflect in the rest of our lives. maybe this guy had it right. after all he wasn't studying surgery and in the end left medicine altogether and pursued another line.

the burnout issue is maybe a topic for another post some time.

I'm surprised he lasted as 2 wks before "suggesting" he needed a night off. :)

Imagine this guy did go on to do surgery? He would have quite a successful surgeon I believe.

of course, you know that. nice story, dr bongi.

There are some people so gullible you feel almost compelled to do things like this. One hopes that at some point he understood what was going on and felt appropriately and incredibly stupid, but OTOH, he might have just never "got" it.

Sounds like you were chewed up pretty bad while you were a trainee and decades later you are still on your 'revenge' mode.

That is so, well, adolescent.

in the end what this post actually is about is how that time changed me as a person. i often said i lost myself then and luckily found at least parts of myself later on. this is one of the things i was a party to that i'm not wildly proud of.

anonymous june 17, yes we have an influence on those around us. i try to have a good influence. this was noe time i didn't.

anonymous june 21, i'm not sure i agree with you. that is a bit of an assumption. actually this post shows that i'm the one that passed off what happened to me onto others, not greg p. i think your sentiments would better have been directed at me and not greg p.

anyway i have repented of this somewhat not-so-minor lapse in what i usually was like. it didn't happen before nor after this one time.

It takes a noble soul to write what you wrote just now. We all have our high and low, proud and humbled moments.

Kudos, Bongi; the humility you are showing to admit and renounce your behavior is necessary to breaking the cycle of abuse. And it's a good story.

Re overwork and burnout,
I had an uncle who was a thoracic surgeon. He worked like a slave, smoked like a chimney, and drank like a fish. He dropped dead at 44 while shouting at his wife. It sounds like a cliche but sadly is true. Now that I am a physician I no longer wonder why he acted this way. However I believe we are ultimately responsible for how we behave even under provocation.

"an uncle who was a thoracic surgeon. He worked like a slave, smoked like a chimney, and drank like a fish. He dropped dead at 44 while shouting at his wife"

What a wonderful description: i loved it. bet he was a Fab surgeon. pity there wasnt a defib around or he might still be ranting on today.

So a long time ago you did a miserable thing to an innocent person. Not cool, but it doesn't make you a demon either. At least you're honest.

Man hands on misery to man.
It deepens like a coastal shelf.
Get out as early as you can,
And don't have any kids yourself.

Mindful of this, I do want kids though... and am not planning an early exit either. :)

For what you did you have no other option but to live for ever.
http://other-things-amanzi.blogspot.com/2009/07/who-actually-wants-to-live-forever.html?m=1