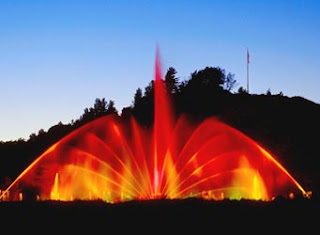 the way i do thyroidectomies (removal of thyroid) these days and the way i did them in my training differ radically. these days i use a fancy instrument that cuts and seals the vessels simultaneously. it also can cut through the thyroid tissue with little to no bleeding. during my training we simply didn't have these sorts of fangled tools. we had to painstakingly deal with each minute vessel individually, tying them off one at a time. also when it came to cutting through the thyroid tissue it could get a bit bloody. we would put clamps directly onto the thyroid itself and cut above the clamps. then we would quickly suture the cut surface closed before there was too much blood loss. it could be exciting. it was once a scream.

i was a lowly medical officer but i was working with the best registrar in the department. but on this particular day he was quiet and pensive. he just didn't seem to be himself.

"the thyroidectomy on the list this morning. the patient has graves disease. these days you're not supposed to operate graves disease but the prof doesn't like all these new fangled radiotherapy treatments and has instructed me to operate the patient." it didn't seem such a problem to me. if the prof had decreed it so then it was so and there was nothing to do but to operate the patient. he continued.
"only thing is there is a very good reason we don't operate graves disease anymore. you see they bleed like stuck pigs. a graves thyroid is super vascular and brittle. it is difficult and a bit risky to operate. i'm not sure i can do it. also you know the prof is actually semi-retired and he won't scrub in with me. anyway he won't be much help. his hands are no longer steady." i could see his point. still he had no option. he would have to simply put his head down and do it.

we exposed the thyroid nicely. it was massive. it sat there in the neck definantly throbbing, daring us to challenge it. what it didn't realise was that although it was very intimidating it was not nearly as intimidating as the prof. we went ahead.

as the registrar placed the clamps onto the thyroid i could see his hands shaking visbly. it seemed ironic that hands that were not steady was the reason given that the prof could no longer operate. maybe my registrar was doomed to have a very short career. i didn't share these thoughts with him. i thought it better to just be supportive and encourage him. by the time the clamps were in position the monster was already oozing quite a bit. now it was time to cut it.

it's difficult to fully explain what it looks like when you slice through a thyroid afflicted with graves disease. the effect it had on my registrar and myself was also profound. as the blade slid through the tissue blood just started pouring out in multiple streams of differing intensities. it was quite an impressive display. by this time my hands were shaking too. this was going to be difficult. as the knife finished its course through the now angry thyroid and the registrar lifted the offending tissue free of the patient we suddenly heard a voice behind us.

"hello. how are things going?" it was the prof who had quickly come in to check on us. my registrar spun around, grabbed a swab and shoved it onto the bleeding thyroid tissue still in the neck and pushed as hard as he could down on it to try to control the now liberal bleed with pressure while he spoke to the prof. it was never ever a good thing to let the prof wait.

"ok, prof. it's just bleeding a bit." a bit? i thought. i would have used words like 'gushing' or 'exsanguinating' or 'please help us mere mortals', but my registrar simply said 'a bit'. the prof took a closer look. i could clearly see the white swab changing colour to bright red under the registrar's hands. the prof moved back and then spake he.

"yes, graves thyroids can ooze a little, but you seem to have everything under control." his eyes must be the real reason he can't operate, i reflected. again it seemed prudent not to share this opinion. "i'll be in my office. let me know how the rest of the operation went when you are finished." and with that he was gone.
we stood there in the silence of the wake of the prof. i just started laughing. it was all so absurd i couldn't help it. my laugh shook the registrar out of his trance and he got back to work.
once it was all over, unlike my prof, i was a firm believer in radioactive ablation for graves disease.
Posted by Bongi at 10:23 pm

I'm dead scared of doing contrast enhanced CTs for people with huge goiters. One of my colleagues had a patient die in the CT gantry because of Tracheal compression after contrast injection.

In this part of the world, when we get an informed consent for a thyroidectomy for Graves, we must --by law-- also explain the radiotherapy alternative as part of the surgical consent. In young patients (<50) and especially in women who still plan to have children, the thyroidectomy is usually preferred to the radioiodine for therapy-resistant Graves. It is a cultural phobia against radiation. Some people don't want a scar, others are afraid of radiation, we leave it up to the patient do decide what they want. Good story though, as always.

It helps to pre-treat, both with anti-thyroid agents, but also with potassium iodide, which firms up the gland impressively, and makes the bleeding much less.

In fact, I became an advocate of total thyroidectomy for Grave's, after a patient had recurrence despite my "perfect" subtotal, leaving the residency-taught teaspoon of tissue on each side. Not much of a problem to take thyroxine. Big problem to face a recurrence. So, in fact, I didn't cut through the gland at all. (And I never caused hypoparathyroidism, either!)

I loved your brain-sucker story, too. Reminded me of something, but I can't remember what.

My mom did the radiodine ablation. Took two tries, since they attempted to save some of the thyroid on the first try; it recurred very quickly, backing up Sid's opinion, and she took the second dose to kill the remaining thyroid completely.

She was very amused by the way the pill was delivered to her. She was left alone in a room, with a table and a small glass of water. A few minutes later, a person (presumably a nurse, gender impossible to determine) came in, fully suited in radiation garb, holding a canister with tongs. This person placed the canister on the table and then left the room. It was up to my mom to open the lead-lined canister, remove the pill, swallow it, and then reclose the canister.

Obviously not all of the radiation precautions were really necessary; she noted with some amusement that they were not troubled by her walking completely unprotected down the hallways of the hospital after swallowing the tablet, which had previously required a lead canister. Obviously the process had not been entirely thought out.

LUV IT! you sir, are a gifted story teller, fictional or not!
Salagatle!

I spent a bit of time doing thyroid surgery in a couple of units - one the most prestigious in this country, and one a little semi-rural unit. The difference was marked.

At the smaller unit was the World's Fastest Surgeon who didn't believe in the Ligasure or Harmonic because he could tie silk faster; he used silk ties rather than vicryl because it was cheaper; he didn't use clips because it looked bad on the X-rays.

The Prof at the big unit claimed that you should use no sutures in a thyroidectomy until it came time to sew up platysma. He wasn't World's Fastest Surgeon, just World's Fastest Thyroid Surgeon.

but the advice I got from the prof mirrors what Sid says above: lugol's iodine, a total thyroidectomy... and also he said that thyroidectomy works better than radiation to cure Grave's disease of the eye.