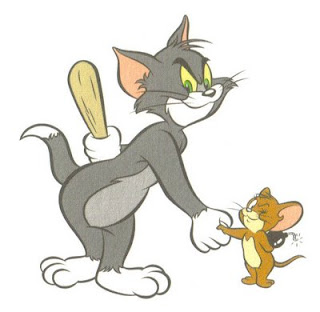 there is a sort of love/hate relationship between the surgeons and the anesthetists. neither one can survive without the other. we supply them with work and they get the work to lie still while we cut and dice. yet their job is to keep the patient alive while we challenge their ability to stay alive. at the moment of surgery they play good cop and we play bad cop. of course after surgery the good cop is suddenly the surgeon through and through. but that is another story.
i really appreciate a good anesthetist (i've had bad ones) and to tell the truth these days i'm spoiled by the quality of the gas monkeys that i work with. however many years ago i remember a case where the anesthetist and i had a misunderstanding about time frame.
i was doing a laparotomy in kalafong. the gas monkey was a long term medical officer. he had attempted to specialize in anesthetics but simply had not been able to pass. in the end he found himself stuck in a senior medical officer job with no way of advancing himself. he was a bitter little man and it was easy for him to take his bitterness out on surgeons.
towards the end of the operation when i started closing the sheath the patient's abdominal muscles were so stiff that he was pushing all his intestines through the wound. this did not mean the patient was awake. it simply meant that his muscle relaxant had worn off. it was a tricky time. i needed the patient to be at least partly relaxed, but if the gas monkey fully relaxed the patient he would not be able to wake the patient directly after the operation, thereby wasting all of our time. a good gas monkey will find a compromise between these two extremes. i did not have a good anesthetist. he was also more stuck on the hate side of the relationship between our two disciplines.
"the patient is pushing a bit." i hinted.
"the operation is almost over," he snapped, "i'm not going to relax him any more. otherwise he'll still be asleep half an hour from now". i was annoyed to say the least, but i knew it was a fight i couldn't win. it seemed so important to him to get this patient off the table in half an hour. i smiled. i could close this abdomen with the patient pushing against me, but i couldn't do it in half an hour. it would take longer. i decided not to share this information with my touchy friend. i buckled down and got to work.
it turned out more difficult than i initially thought it would be. each stitch was an effort and my assistant ended up straining against the patient to keep the tension on the suture. the gas monkey started becoming edgy, but i ignored him. if anything i slowed down my pace, making sure that, despite his best efforts, i closed the sheath properly.
about an hour later when i finally had it closed the qwasi-gas monkey was so irritated that he couldn't sit still. i was smiling behind my theater mask. i knew i had closed the sheath properly despite his inadvertent attempt at sabotage. and maybe next time he would pay slightly more attention to my seemingly ridiculous demands.
Posted by Bongi at 8:16 pm

After all these years it still amazes and disappoints me that some colleagues from both sides of the "blood, brain barrier" can't or won't play nice.

It's rather disconcerting to imagine that some of those managing our care, in such a vulnerable time, are playing petty games. One would think egos would be checked at the operating-room door - but how naive am I?!

I am not a doctor. I was going on the pre-med track to be an anestheisiologist, but I gelt I needed to choose another career years ago. Still I really enjoy reading your blog. You have a very nice flow, and great story telling. Thanks for sharing, and keep up the good work.

bonnie, mostly they are.

yet one of the aims of this blog is to talk about the things that happen that no one sees. this happened. i handled it the best i knew how at the time. and, being a surgeon which almost by definition means i have a broken ego, i did enjoy the side effect of annoying the gas monkey.

these days the relationship i have with all the anesthetists i work with is excellent and based on mutual respect and team work. however, it wasn't always the case.

Why do you call them gas monkeys?

This is the kind of thing that little old "patient" me doesn't want to know about.

is it just me or does the relation with the "gas monkeys" gets better with time?

I love the term gas monkey. This story reminds me of how I react to ass-holes on the freeway who try to dangerously pass me, so I speed up and slow down just enough to thwart their attempts. I get the same wicked pleasure.

:) gas monkey and knifed gorillas. Oh well, and if patients could read minds.

Edgy anesthetists, could he be feeding himself some of those relaxants? maybe he was just saving the extra for his fix later on.

I used to work with an OR nurse who would warn: "I have two speeds. If you don't like this one, you're going to hate the other."

A nice response on your part, with a tasteful sprinkling of spite. And no doubt, a quality approximation of tissue. :)

The morning of my surgery the surgeon called early to tell me it was cancelled because the anesthesiologist didn't care for the way my blood looked. He said he would have gone ahead anyway (I agreed) but had to let the anesthesiologist make that call. I was surprised to hear him talk like that...