it's all in the detail 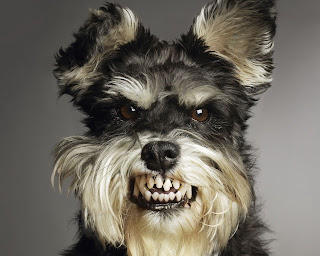 working in the boss' firm i quickly realized he only had a limited number of stories. with each new group of students that came through i was forced to listen to all the same stories and jokes over and over again and give the obligatory chuckle at the appropriate moment. to tell the truth it became a bit tedious towards the end. then one day he threw a curveball and caught me out.

i spent a lot of time and effort trying to make the surgical rotation fun and worthwhile for the students. i would teach them as much about surgery as i could, but i tried to emphasize life itself, rather than just surgery. there was a typical idea of the stereotypical surgeon and i confess i sometimes tried too hard to make sure i wasn't seen like that. i also had a feeling that we saved lives, but if those lives didn't actually go out and make the most of living, then what was the actual point of what we were doing? i tried to get the students to make the most of living and, as it were, to suck the marrow out of life. who knew, at any stage they might end up on the table under the knife with their lives in the balance. we all had better get on with living while there was still life for the living. i would quote movies and poems and recite the lyrics of songs and try to let everyone see that life needed to be actively lived. flowers waiting to be smelt needed to be sought along life's paths. on the whole most students enjoyed working with me.

so that day, towards the end of their rotation, when the boss asked a strange question, i had extreme confidence that my students would shine.

"so, what have you learned in this surgery rotation other than surgery?" asked the boss. inwardly i was smiling. all my students smiled outwardly immediately. they all thought they had struck gold by being in my firm and then being asked that question. but still it seemed tricky to answer.

"an appreciation of quotes from movies and poems as they pertain to life." ventured one. it was as if the boss didn't register.

"yes but what have you learned other than surgery?" i was confused. i mean the student had said nothing even remotely related to surgery or cutting or blood or any of the favourites of the department. it begged the question, what answer was the boss looking for? i confess, despite the fact that i thought i knew all his stories, i did not know where this story was going. it seemed to be a new one. i was even tempted to venture the answer, 'it seems, after all, that you can actually teach an old dog new tricks' but i knew this old dog still had bite and i thought better of it. the next student tried.

"we learned to really appreciate life and to live it to its fullest." i was proud. that was essentially what i aimed at teaching them. i felt i had achieved more than i dared hope for. the boss was unfazed. he went on as if he was deaf.

"yes, but what have you learned in this rotation above and beyond surgery?" i knew it was time to simply say we didn't know and wait for the 'pearls of wisdom to drop from the glorious lips of our most gracious master'. the pearls came rolling towards us swine.


sure enough, towards the end of the rotation of the next group of students, once again the boss asked his new question. it seemed it would become a constant feature. this time i had given the students ample warning.


"well, prof, i think the main thing we learned, other than all the great surgery bongi taught us of course, is the importance of attention to detail." the prof's face lit up like a kid that had just been given a toy. i think he felt proud for some strange reason.


it was an evil smile that crept across my face.

No matter the field of study, no matter the geography, "teaching to the test" prevails...

Off to suck marrow and sniff an as yet unsmelt bloom!

P.S. "If you never did
You should.
These things are fun.
and Fun is good."
--Dr. Seuss, One Fish Two Fish Red Fish Blue Fish

Love it. Especially "sucking the marrow out of life". Your students learned many lessons from you...appreciating life, how to cut and heal and how to kiss ass. Priceless!

All great moments start with an evil smile!

Love it,Had the same sort of thing happen to me in the forces and I recognise the 'evil smile' concept. I also love the photo.