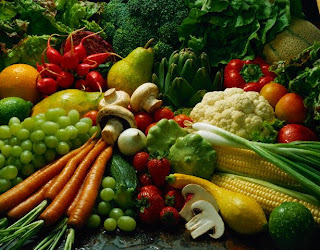 granted, the prof had good hand skills. but i personally had doubts about the depth of his academic knowledge. i wish i could say that as i studied and got up to date towards my finals, i gradually realized that the prof may have been a little behind the times. but there was a more subtle sign that i cottoned on to much sooner.

even as a mere medical officer in the prof's firm, i was always amazed that on academic rounds he tended to swing the conversation towards constipation and how to avoid it with the consumption of enough fiber. far be it from me to criticize a good high fiber diet, but i did wonder how one ended up speaking about the colon, even when we were discussing a patient with breast cancer. but to be fair, it wasn't that the prof was clueless about other things pertaining to surgery, so in the end i just assumed he had a great interest in and a love for all things relating to the colon and how they could be managed with fiber. maybe he wasn't really trying to hide his lack of knowledge about other things but couldn't help always swinging the conversation back to his one true love.

many years later, when i was the senior registrar and it once again fell to me to rotate through the prof's firm just before my finals i at least knew what to expect to be taught on academic ward rounds.

when joining a firm, more often than not there are already a group of students there that know the ropes. sometimes they even view you as the new guy and it can be quite difficult to assert your authority. the first day in the prof's firm i realized i was likely to have problems with the incumbent group of students. on the morning rounds there was a silent resistance to everything i said, a sort of unspoken 'who do you think you are?'. it annoyed me. i was so close to finals i really didn't feel like having to stamp my authority on a bunch of snotty nosed students. i started wondering if there could be another way of approaching the problem. in the end i understood working for the prof changed one somewhat. maybe just the fact that they had been in his firm for a while was why they were being subtly aggressive. maybe to hammer them in the prof's typical style would achieve something in the short term, but it would further affirm their belief of the stereotypical surgeon. another approach was called for. i decided to bide my time and wait for the right opportunity.

the academic round with the prof was as painful as i remembered it always being so many years before. and yet somehow he didn't swing every patient and every condition towards constipation, which was at least a relief. finally we got to the last patient. the student presented and the prof gave instructions about how to further handle him. and that was it. the rounds were over. i was quite excited to move on to the ward work and get on with the rest of the day, which in my case would probably entail putting my tail on a chair and my nose in a book. we all walked to the door, but i could see the prof wasn't walking with his usual determined stride. he wasn't finished with us yet. suddenly he stopped.

"you know, constipation is a very real problem." at last, the old prof was back. by the reaction of the students i could see they had heard it all before. the one rolled his eyes. another's shoulders sagged, almost too obviously. i smiled. i'm sure they were all thinking i'm smiling out of naivety, seeing that, in their minds at least, i didn't know the prof's favourite topic. i was smiling for another reason.

"yes," continued the prof, "it is a problem that i have been struggling with for all of my professional career." too easy, i thought.

"well then prof," i looked at him, trying to mimic an expression of sympathy, "why don't you just try a high fiber diet."

once the students had composed themselves after fits of what i'm sure the prof viewed as inappropriate laughter, i never had another problem with them again. the prof?...well that's another story.
Posted by Bongi at 8:53 pm

I would have paid to see the look on Prof`s face!!! (Currently a mere student at the same institution-luckily to not have been in Prof`s firm as yet...)