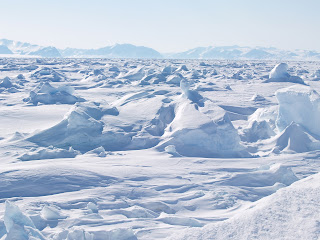 doctors don't like to go to doctors. i suppose we might see it as a failure or more likely it is pure intellectual arrogance. whatever the reason, there can be no excuses when you need to get an insurance examination form filled out. one way of taking the edge off it is possibly to try to use your conversational skills to awe the poor general practitioner forced to see a colleague in these uncomfortable circumstances.

dr peter swann, a tall dark and handsome man, wise and hyperintelligent, popular amongst women, with a vodka martini (or was that an austin martini, i forget), was required by his insurance company to get a signature on a form at least saying he was not quasimodo and had a blood pressure no more than moderately elevated. there was no option. he had to go to one of the local general practitioners.

as consultations went, this one was going quite well, except for the awkwardness inherent in having to examine a colleague. the gp had managed to establish that is was unlikely that dr swann would suddenly drop dead in the next hour or two, thereby defrauding his insurance company of millions and millions of rands (about a dollar fifty). in fact dr swann was even beginning to relax. so when the gp asked about any previous surgery it didn't seem at all inappropriate for dr swann to discuss in detail his recent minor surgery in the local hospital. in fact he decided it would be a good idea to wax lyrical.

"i recently had a small procedure done. everything went well, but it was a strange, somewhat unnerving experience."

"why is that?" the gp feigned interest.

"well, as you, know, in my line of work we don't really get to know the anesthetists too well. so i was quite surprised when this elderly blond haired wild looking lady introduced herself to me as the person who would be keeping me safe and soundly asleep while under the knife. when i told her i was a colleague she seemed much more nervous, and that's saying quite a lot because her general appearance and demeanor hardly radiated the impression of someone in control." the gp seemed suddenly a lot more interested in doctor swann's story, so, feeling encouraged, he continued.

"everything went ahead as i suppose it does just before an operation. i was moved across to the theater bed and all the necessary wires were attached to me. of course i was nervous, but i was trying to put a brave face on it. i even tried to make a joke or two, but she seemed much too tense to laugh and in the end her reaction just made me more nervous, so i decided to just quietly lie there and pray that everything went well. then she started to inject the white stuff that brings sleep. but just as she did, she suddenly stopped and spun around in a panic. she then turned to the nurse and spoke.

"where is the thing? you know that think i need? dam, why does this always happen when i'm working on a colleague?" obviously i was terrified. what was this thing that she referred to and how important was it in keeping me alive during my operation? why does what always happen when she is working on a colleague? was i going to survive or were these my last thoughts on this earth? i just started trying to ask her these questions, but it was too late. the white stuff she had injected was doing its job and i drifted off to sleep with more than a little concern for my safety." he stopped for effect. the gp was looking on intently. swann smiled. it was a funny story and he felt he had told it well. in fact he felt sure any ice that may have existed between him and the gp had surely now been properly broken. it even seemed strange that there had been any tension between them earlier.

"do you know the anesthetists at all?" asked doctor swann.

"do you know the one i'm talking about?"

the ice froze over instantaneously.

That is hilarious! But seriously I want to know the rest even though it is just a humorous story.

In that case I would have my doubts about the GP's aptitude as well.....

what was the thing she wanted?

mimu, i do not know. but, seeing that the patient survived, i assume it was either not important or she found it.

Bongi! do you think anyone can beat the all blacks this year? they look unstoppable

To be honest, I can't help freaking out a bit when dealing clinically with colleagues. I'm also the world's worst patient, and my GP is a saint in that he never charges me, but this only makes me feel guilty. Oi, we docs are fragile creatures, verily.

I never tell a medical doctor, I'm a neurologist. I become interested when I ask for money for anything.