the state of it 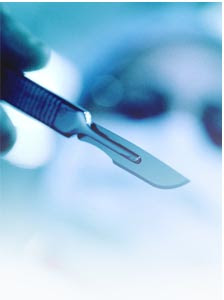 some readers may have been following this blog for some time. some of those readers might be interested in what has been happening in surgery in the state hospital. for this small group of readers, this is the state of it as it stands now.

well after i was instructed to stop operating in the state hospital (which you may remember i was doing for no charge) i left them to their own devices. the one remaining surgeon, partially registered, took an extended leave of absence. the junior doctors went on as best they could. as you can imagine, chaos reigned.

this went on for some time. after a number of months, the mec of health in the province (politician in charge of health) decided he should meet with the doctors working on the ground. when he did, he was 'surprised' to hear that there were no surgeons at all in the hospital in the capital of the province. he also didn't seem to be aware that the state was sending patients to the private hospital for treatment at astronomical costs. by chance, the person that i had crossed swords with had been replaced by someone else who, on the face of it, seemed more determined to fix the problem and less focused on saving face. the mec placed her in charge of sorting things out. he wisely gave her authority over her boss who, in my opinion was the cause of most of the chaos and as it turns out was the person who had instructed the hospital to give me my marching orders.

she got to work. she approached all the private surgeons. only two responded. i was one. a meeting was called and a path forward was discussed. without going into too much detail, the final result is that the two private surgeons are on standby for the government hospital. instead of sending patients to the private hospital and thereby paying that hospital we would operate at the state hospital and charge per patient. they would therefore save a massive amount of money but not get the free ride that i often referred to in my earlier posts.

so these days i once again operate (quite a bit actually) at the state hospital. it still remains to be seen if they are true to their word and pay us. (hasn't happened yet)
Posted by Bongi at 10:04 pm

Still a start for "change". For the better it would seem.

yes rl. i'm very positive about it all.
also the recent change in power in the ruling party might cause a purge of some of the dead wood at the top.
here's to hoping.

This may be naive of me, but did you sign any paperwork that details how you are to be paid for this? Growing up in the Middle East, I'm entirely familiar with agreements made verbally or with a handshake, so I wouldn't be surprised if there is no such document.

teach, no signed anything. handshake and good will. they, however, are up the proverbial creek, so logic dictates they should pay. haven
t seen anything yet.

Congratulations? Very good for the patients you will be treating and I hope productive for you.