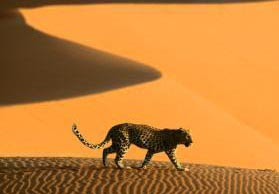 this is not a medical post. it is also not a surgical post, except it describes an incident which had an influence on what i became later in life. i suppose it may have to do with the moulding of a surgeon.

in my post the best i touched on the fact that "once the knife goes through the skin you become suddenly very alone." it is a state you need to get used to and be comfortable with.

i was in a hostel when i was in high school. it was an old style hostel based on almost regimental rituals and punishments, often imposed by the older boys themselves. some may describe it as savage. others might say it had a military origin. still others will say it was just a bunch of boys being boys.

i was in form one. my boss (the matric whose shoes i shone and whose bed i made and whose laundry i took care of) lived in the matric dorm. the matric prefects were distributed through the other dorms. the non-prefects who were semi-decent were also distributed through the other dorms. only the dregs of our hostel matrics ended up in the matric dorm. it was not a good place for a form one skiv to have his boss live. the chances that you fell foul of one or more of the matric dorm matrics was high to say the least. on this particular day the matrics of the dreaded matric dorm decided they wanted to teach us, their skivs, a lesson. why, i don't remember. but the lesson was to take the form of kangaroo court. kangaroo court is basically when a group of boys beats the crap out of one single boy. i think a form of it is illustrated in the movie 'a few good men'.

the matrics told us to clean their dorm. we did. then they did an inspection. one took a white glove. i don't know where he got it so don't ask. he then ran his fingers along the top of the curtain pelmet. we had not cleaned that. it was pretty much the only thing we hadn't cleaned. it hadn't occurred to us to clean it. obviously there was dust on the glove. they then pronounced sentence. we were all to receive kangaroo court.

in queues to receive punishment in the hostel there was a form of auto sorting. the toughest guys ended up at the front. the more scared you were the further you moved back. i wanted to run away, but i ended up third in line. my two friends in front of me were what i considered the toughest hardest boys of my age i'd ever met. (interesting to note both boys ahead of me were expelled from the school years later).

so there i was, a scared fourteen year old boy who had only just left the protection of home, just about to be called in to be beaten up by about five eighteen year old guys. somehow i didn't believe it was happening. i somehow thought at the last minute it would stop. it didn't.

my first tough friend went in. we heard the punches and the matrics shouting and laughing. after a while he came out. he was crying. i remember thinking if they reduced him to tears then i was dead. the second one went in. this time i think i might have heard a muffled groan from the victim through the raucous laughter of the matrics. he was also in tears when he walked past me, his eyes downcast in shame. then it was my turn.

i walked in. one matric took two steps towards me and without a word threw his fist into my left thigh. the muscle spasmed. the leg would not obey my commands. they all seemed to be shouting at me and i wasn't sure what i was supposed to do. i remember my boss laughing at me. one of them told me to put my nose on the floor. for a moment i hesitated. it seemed a strange demand. their loud verbal tirade and the fact that one grabbed me and shoved my face into the ground made the demand more clear to me. i put my nose on the ground. someone stood on my head. i shifted my forehead to the ground. and then it happened.

at that moment with my forehead on the ground and someone's foot on my head with all those boys shouting and laughing i had an epiphany. i realised i was alone. there was no cavalry that was going to come in and save me at the last minute. the house master wasn't suddenly going to realise just then that this sort of thing was happening and put a stop to it. my boss wasn't going to stand up for me and defend me. no, i was truly alone and i would go through this no matter how scared i was or how i longed for it not to happen. that moment i changed. i never again expected help from someone else. i just expected to face what life threw at me, alone.

the rest of the kangaroo court is not all that relevant. i crawled into a ball to try to protect myself. they punched me in the ribs until i moved my arms over my ribs to expose my face and then they punched my face. these two scenarios alternated for some time. someone caned me and someone kicked my right thigh. but the humiliation of the foot on my head was somehow the worst of it all. when it was all over i was in tears, but there was something deeper that was cut.

i walked out of that room that day, also looking down ashamed of having cried. i was alone and somehow it suited me.
Posted by Bongi at 11:57 pm

I cannot help but read this and hope (probably naively) that as you've subsequently gone thru' life, there have been people who did stand up for you, and with you, so that you are now not quite so alone. I wish it to be so.
Excellent post. It was an honour to share it. Thank you.

Maybe you should join the army, it seems like you have all the no nonsense training needed; boarding school and however many years you spent at UP.
FORM 1!. . .i haven't heard that terminology in a long time. I believe they changed it to std 6 then grade 8 and now all high school years are just collectively called play school.

bongi, what brought this to your mind?

bianca, actually since i wrote that line in the post 'best' i've been thinking about it. it is also something that crossed my mind from time to time through medicine and surgery, so it seemed like a story worth telling

it is coincidentally also the story that inspired my profile picture.

Alone in the universe: Compelling, agonizing, terrifying. Does it really "suit" you to be alone, though? I have to pitch my views with Jabulani's and hope that this event did not etch in stone a personal world view.

The writer Solzhenitsyn had his soul almost completely mangled by the bleak machinations of the Soviet Gulag - almost, but not quite, partly because he could not bring himself to believe that he was alone, as you put it. The psychoanalyst Victor Frankl survived the Holocaust but still found comfort in the kinship of survivors. Were they deluded? Am I deluded (or, worse, cowardly) for not wanting to imagine myself alone in the universe without a higher power, hoping that our little blue planet does not bob utterly, utterly alone in the void?

At least the old myths have it down pat: The last thing that came out of Pandora's box was... hope. I really hope you don't see yourself as alone. :)