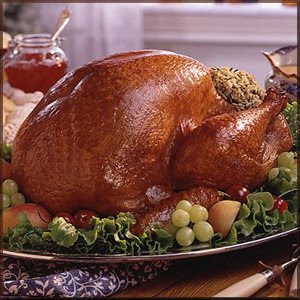 it was about february. we were on one of the painful yet entertaining rounds with our eccentric consultant. up to that stage he had actually been so contained that some of us could even have been described as being bored.he just didn't seem to be ranting as much as he usually did. he was also not spewing forth his particular brand of black humour.

then we got to a new admission from the previous night. the patient was a middle aged female with cellulitis, but the thing that struck us all the most was that she was morbidly obese. she must have weighed in at 220kg. obviously we displayed the necessary tact and didn't make a big fat deal of it. the consultant, however had no such scruples.

"you are the fattest person i have ever seen in all my life and let me tell you, i have seen fat people in my many years in this hospital." we all looked around awkwardly, hoping his verbal indiscretion would end. those that knew him well had little illusion that this would be the case. he then turned to the student nearest him;

"you! go and get me a carrot!" the student looked on incredulously. "you heard me!" he bellowed, "fetch me a carrot! and when you bring it give it to her to eat!" we still didn't quite understand what new madness had taken over the faculties of our master. we mutely looked on.

"and then on christmas day give her a second carrot to eat!" he then turned to her. "christmas!" for that is the name he bestowed upon her and indeed the name he used to address her every day until she was discharged, "you are about to make history. you are going to take part in the biggest diet in the history of medicine!"
Posted by Bongi at 2:15 am

sq2m. Each year on Christmas Eve, my children and I prepare the obligatory plate of goodies for Santa. We also prepare food for the reindeer: glittered oats and carrot chunks. Next year as I watch my kids prepare the carrots, I will not only be thinking of the reindeer!!! (In fact, I shall probably recall this post every time I prepare carrots...)

Great one. At the hospital where I believe we both did our internship, one consultant was heard to say about a (large) patient who was overflowing the bed : "Sy le daar soos 'n koek what in die ooond is"

We didn't know where to look...

Wow. In North America you would get sooooo sued/written up/fired for making comments like that. It's funny though, I have noticed even in Canada the S Africans seem to get away with saying things that Canadians wouldn't.
Old nurses too. They can pretty much say or do what they please to patients and no one seems to call them on it.

Albino has it right. This woman would now be a rich obese woman here in the states, having sued physician, facility and probably the little carrot-seeker too as students here must refuse to participate in poor judgement. This, not so much for patient sake as to keep the school out of litigation.
-SCNS

doc-zzz i did my internship in the bush but i spent some time in my ka years in the hospital you have in mind.

albinoblackbear nice to know south africans are known for not being too pc.

anonymous scns i have wondered how a court case would go in this case. the patient would have to admit to being extremely obese in a public forum. not too nice, but i suppose possibly financially worthwhile??

actually with this patient i spent some time later comforting her and explaining the surgeon had the social skills of a charging rhinoceros bull on heat. he was just like that. he treated absolutely everyone the same...badly. sort of sweet in a way.

Bongi, It's all about the money honey.
-SCNS

I would've been devastated and it would've affected my entire stay and all interactions. I'd just want to stay under the covers.

Patients are already in a humiliating position by being so vulnerable and having to expose themselves both emotionally and physically. you would like to think that you could at least trust the medical people attending to you to not crush your spirit. i would think it would be more desirable to have a patient as positive as possible.

Am I saying ignore the problem. No..absolutely not. If he really cared about... her he could've gotten his point and debatable concern for her well being across in a more productive/professional way.


I am not saying *coddle* so you don't hurt feelings when trying to address a serious medical condition.. but at the very least..the patient deserves to be treated with respect ..allowing them to maintain their dignity..be it ever so small while in that position.

Do doctors really want patients going into the OR feeling sad,filled with negative thoughts or angry thoughts?

It was good that you spoke with her afterward.

SeaSpray, I think the only thing that was really crushed that day was the bed the patient was lying on.

I worked with a doctor here that when orientating a new doctor came across an obese regular patient whom he introduced as "This is the reason the Health Department is over budget, we've spent all our money trying to treat this fat f@#%ing bastard and he never bothered to try and loose weight!"

Amanzi Down Under: I met up with a girlfriend (an ex-ICU nurse) this week and we got round to chatting about a mutual friend, D (also a nurse).
D once told me the story of a patient "of great stature" (remember we're English and politically correct over here!!!) who wanted a breast reduction because she said "they are constantly getting in the way". D's rather pithy response to this was she rather thought the 3 stomachs, Texas-wide arse, tree trunk legs and 747 wingflap arms probably got in the way more than the F-cup boobs!!!!