who heals the fallen 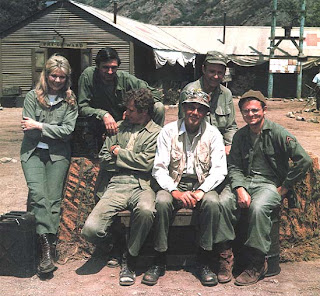 this is not really my story. but in a sense this story belongs to all south africans. it is our shame and may be part of our downfall.

we are a people at war. we war against ourselves and we war against peace. each fights for himself and bugger the rest. but who heals the fallen? it seems in south africa, quite soon maybe no one.

recently a story made the news. it was shocking, but it actually gives an inclination of how morally decayed south african society has become. an ambulance was despatched to some informal settlement after a household fire burned a child. the caretakers of the child brought the child to an intersection that the ambulance would actually be able to find. quite soon the paramedics were hard at work stabilising the screaming child. at about this stage two armed thugs turned up. they threatened the child's caretakers with their lives and forced them to flee. then, while the child continued to scream in pain, they raped the female paramedics. they were not caught.

yes it is shocking and now the ambulance personnel need to wait for police escort before they respond to calls in certain areas, greatly increasing their reaction time. we would like to believe this sort of thing is isolated but is it? just the other day i heard on the news about another case where a crowd assaulted the ambulance crew because they wanted to help the victim of a stabbing. as i said we are at war with each other and the victim was their enemy for whatever trivial reason.

but the question i end up asking has little to do with the morality of what's going on. that, it seems to me, is obvious. to discuss morality with the people involved in these stories is a waste of time and effort. i wonder when at war, which we clearly are, how is it in your interest to antagonise the medics? yes you may have won today's battle and not actually need a medic, but what about tomorrow? who will help you when you find yourself on the business end of a knife or panga? also the people who give their lives to help the injured and downtrodden are not quite as involved in their petty squabbles as they may imagine. to drag them in and try to kill them for helping the wrong person is both small minded and short sighted. we didn't really need evidence to know the people that engage in this sort of activity fit nicely into this category, but there it is if you want.

a number of years ago a paramedic friend of mine responded to a gunshot case in mamelodi outside pretoria. what he didn't know was that the mob around the patient had little interest in the survival of the patient. they actually wanted him dead. the paramedic therefore in their narrow view of events was the opposition. as far as they were concerned anyone from the opposition should also be dispatched.


he drove into the thick of things in all oblivion. when he arrived he opened the car door to find out how he could help. the crowd immediately tried to drag him out of the car, beating him with fists and the weapons they had at hand as they did so. he quickly realised he was going to share the same fate as the patient, which was, by that time, sealed. by pure accident the paramedic's safety belt was not loose and they could not pull him out. he slammed the car into gear and throttled out of there with his torso leaning out of the open door in true hollywood style.

thereafter the ambulance service refused to respond to calls from mamelodi except with a police escort. bearing in mind our police are stretched thinly on a good day, the whole situation became ludicrous. i would love to believe in some sort of karma where the people that suffered because no help was forthcoming were the people who were responsible for the problem in the first place, but, like all wars, the actual people who suffer will be the old and the weak, the vulnerable and the children. but that is the african way.
Posted by Bongi at 1:40 am

Wow, what a sad reality for health care workers and innocent victims alike.

It must be very hard for those of you with options to not just get the hell out of there. That is madness. I can't think of a solution to a situation like that, apart from trying to save yourselves.
Take care.

But, may I ask, why did you choose an image from the MASH 4077 for your illustration of this story, which seems to have little to do... I am sure there is a connection; I just don't see it.

re:"why did you choose an image"

It fits for me, a reader. I grew up watching MASH, and I believe they are a great (fictional) example of doctors in a war zone.
To give a face (humanity) to the faceless medic who responds to a medical emergency in a war zone.

So very sorry for the situation in your country, Bongi. I agree with you -- why antagonize the medics when you may be the next to need one?

I think many people think health care is something you have to go to -- if it comes to you then it's more like the police (representative of the state).

This is a depressing story and I am sad to hear things in South Africa seem not to be getting any better. It is very sad.

It makes me sad to know that this is the state of your country.

No wonder so many South Africans throw up their hands and leave, which only exacerbates the situation for those still living there.

Bongi, in my humble opinion, you summed up the situation in your very last sentence: but that is the african way.

I had a fantastic job, responding to motor vehicle accidents and emergencies by response car or helicopter, doing acute transfers by air. The pay was "kak" but the reward was amazing.

I'm not ashamed to say I left it because I was scared. Not scared of a helicopter crash (which claimed lives of colleagues), or being out of my depth with critical cases (I was the most qualified person in the service (and an ethnic minority)). But I was scared of being the next medic in a jump suit with a gun or panga to his head. That was the conversation at base: "so **** was doing a resus and someone pulls a gun on him" or "we managed to get the ambulance out of there with only a few bullet holes in the rear" or "**** responded to a fake code red call and got gang raped."

I'll watch the demise on CCN where the gunshots are not that frightening.

With all the demoralizing things about our jobs in medicine, this threat is unfathomable. I'm sorry for your team, Bongi, and am sending good energy your way.
Jim

Even here in the US our hospice nurses occasionally need security escorts to visit people in their homes.

Nothing I have heard of compares to these stories though. [shaking head in disgust] Thanks for sharing so that we all might be enlightened that this world can sometimes be so cruel. Knowing this hopefully we try to add something better to the world in our own way.

Responding to the last comment, it's pointless to compare this to your experience in the US. The solved murder rate is 70-80% in most large cities, with the remainder being gang-on-gang violence. Compare to 10% or less in SA.

I wan't making the comparison to say 'hey that doesn't sound so bad in SA.' Obviously there are some great differences between SA and the US.

My comment was meant to emphasize that many health care workers put their lives in danger all over the world by being out in the community, even in the US where some might think 'it could never happen here, thank goodness that is in South Africa and not in my city.' We have recently had a social worker murdered here in Kansas City and have increased availability for self-protection classes for SW in the field.

So I would disagree with you that my comment is pointless. Hopefully my clarification helps.

The origin of violence (gang vs stranger) or the solved crime rate (Less than 50% in my city, Kansas City) are not as important as the frequency or intensity of violent crime when it comes to violence against health care workers in the field. Sometimes even the threat or perceived threat of violence is enough to decrease access to health care. Reading a post like this should make us all look at the prevalence in our own areas to see if we can make an impact since our chance to change South Africa is likely very limited from afar.

I fear I didn't quite put across my meaning: the appropriate response will not be comparable. For example, patrol car-style front/rear video on ambulances could be useful in the US, although searching the news for "ambulance attacked" or "paramedics attacked" returns no results.
In SA it's more practical to simply demand a police escort, since being on video won't dissuade violent criminals or lead to an arrest.
Gang vs. random violence is relevant because it changes the risk profile when working in afflicted areas - I can't speak to Kansas City specifically.

nice interchange between anonymous and sinclair. thanks guys.

i think the level of violence in our country is higher. we have a culture of violence. it is not considered that bad to kill someone, especially seeing that you have about 90% chance to get away with it. in some places it is evejn considered a normal rite of passage. the comment of amanzi down under indicates that violence against paramedics in natal at least is commonplace. sometimes ambulances are even called out erroneously so that the paramedics can be gang raped. nice.

i agree with sinclair that it is jnot about comparison. that would be odious. sinclair, your comment is not pointless and your comments here are always appreciated. i agree with your summary that knowing these stories we might add something wherever we live. to be part of the solution and not the problem.

In a way, it is timely that you reposted this on Twitter. It brings to mind the horrific acts occurring in the Middle East to individuals who are not only "the old and the weak, the vulnerable and the children." And it is incredibly painful to think there is even a speck of a thought in the perpetrators' minds that this is justifiable.