running with the big dogs 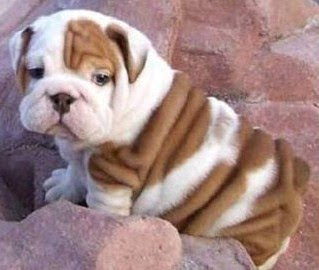 on the topic of urologists, sometimes we actually do operate together. it happens seldom but it does happen. it is actually usually during these operations that i realise i no longer enjoy assisting so much. i think it has something to do with the surgical personality. you see we don't like to play second fiddle. it's a bit boring. having said that, when assisting the urologists, boring is what you want. the alternative can be quite terrifying. i mean there is usually a good reason that the urologists ask the big dogs to accompany them to theater.

i was senior registrar. one of the other firms had some sort of dispute with the urologists about a patient. you see after both disciplines reviewed the ct scan of the patient, the urologists felt it was clearly an inflamed gallbladder that was the problem and the surgical firm felt it was an inflamed kidney. neither one wanted to actually operate the guy. finally the boss intervened. he told the surgical registrar to take the guy to theater and call the urologists if necessary. the fact that the registrar in the relevant firm was a junior and could hardly take out a straight forward gallbladder didn't worry the boss too much. he simply instructed me to assist in the operation. not that i had a choice but i consented. however i decided i would be doing no assisting. if i had to be there then i was going to bloody well operate myself.

the gallbladder part of the operation was a walk in the park. it was completely normal and practically climbed out of the abdomen on its own. of course as soon as we saw that it was in fact the kidney that was inflamed we called for the urologists. things were looking up for me. i had it planned. as soon as the urologists arrived i was going to hit the road and leave the junior surgical registrar to assist. after all it wasn't even my patient. also, the boss wouldn't be looking for me for the rest of the day so i could catch a beer with a friend at the local tavern. i could already taste it.

the urologist registrar entered. he was a good friend of mine and as i took off my theater gown and gloves we exchanged a few laughs. but then their prof walked in. i was a bit surprised. they were obviously taking this kidney quite seriously. or at least more seriously than when they reviewed the ct scan. i stayed to see whether the prof was going to scrub in. he did. i should have left then but i sort of hung around for a while.

suddenly their prof looked up at me.

"aren't you a senior in the surgery department?" i considered lying. to say yes could only lead to trouble.

"well then scrub in. you can't go now. i need you here to look after the ivc." absolutely great!! i thought. now not only would i miss out on a beer but i would end up assisting anyway. again it wasn't really as if i had a choice, so quite soon i was scrubbed up and standing opposite the prof as he wrestled with the kidney. it was then that i realised why they had brought their prof along. the kidney seemed angry, very angry.

the inflammation and fibrosis around the kidney was immense. there were no normal anatomical planes but instead everything just adhered to everything else. one of those everythings was the ivc. i understood that the prof was worried about it. i was too.

finally he lifted the kidney out free of the patient. the urologists let off a whistle of congratulations but i remained silent as did the prof. you see i was watching his other hand which shot into the wound as the kidney came out to put pressure on the ivc amid a sudden torrent of blood. also as he passed the kidney off he didn't remove his hand from the wound. there was something under that hand and it was something that wasn't going to lie down without a fight. then coolly and calmly spake the prof.

"i think i have torn the ivc." he said it as if it wasn't a problem, as if it wasn't something that often was followed by the ending of life. i was amazed that he could be so calm when faced with such a calamity. and then i found out why. he looked at me.

"that's why you are here," he said, "it's your job to fix the ivc." he was calm when faced with such a calamity for the simple reason that he was not faced with such a calamity. i was. the realization set into my heart like a pick axe. i felt nauseous. i thought of that beer that i was busy not drinking because i was required to somehow perform a miracle on a patient that was never mine. but it didn't help to bemoan my position or to shy away from this immense responsibility that had been thrust upon me. i had to put my head down and fix it.

i fixed it. i remained calm on the outside and got to work and got the job done. but i think i shaved a few years off my life during that operation. when i was finished i was exhausted. i left the junior to close and finally went for that long overdue beer.
Posted by Bongi at 6:48 pm

however big the prof, you ought to have told him, "bad doggie!! bad!!!"

Great story, Bongi! Vijay, your comment has me lq2m

That is why I stick with Child Psychiatry, great story.
The Cockroach Catcher

Vijay, I couldn't help but sq2m at your comment either!