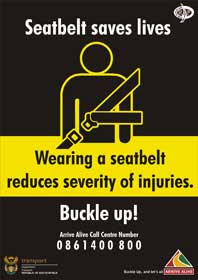 i was planning on posting a purely medical blog without a south african theme, but as it turns out, once the entire story of this incident surfaced, it too had a decidedly south african flavour.

sometimes all the details of an event only become apparent later once you've read the next days paper or spoken to all involved parties. i therefore decided to relay this story chronologically, rather than how the events unfolded to me.

recently a man (lets call him tax payer) was driving to work on the road from nelspruit to white river. at the same time, a thief had just stolen a car and was travelling in the opposite direction from white river to nelspruit. he, however was travelling as if the bats of hell themselves were on his tail. i don't mean the police, just before i get totally flamed. anyway, he either hit a bump in the road or a stone or something other than flat tar. eye witness reports say he became airbourne (who believes them though). he then shot across the island and ploughed headlong into tax payer. if the reports are anything to go by, the impact would have been at about 280km/hour, head on.

so tax payer gets taken to the private hospital where i'm on call. (for those new to my blog, i'm actually a government doctor who occasionally dabbles in private for financial reasons). thief gets taken to the state hospital where he is declared dead on arrival with a broken neck. tax payer had a really impressive bruise over his right flank, and a bruise over his right shoulder from his seat belt. (we drive on the left hand side of the road and therefore drive right hand drive cars. it follows that our safety belt bruises for the driver are over the right shoulder and not the left as they would be in america. but i digress) he was not at all stable and we decided to rush to theater with all haste. for those of you following my blog, let me say that in private this is actually possible (what i'm used to), which i think is pretty cool. i chatted to his sister trying to let her know we'd do our best but at the same time gently trying to let her know that he was pretty shocked and we'd only really know after the operation what his chances would be.

so we took him to theater. the bruise over his flank was caused by the seatbelt. both rectus abdomini muscles were totally transected. the sheath and overlying skin were intact. the obliques on the right were also transected. in fact they had been ripped off the iliac crest which was laid bare. about 70% of his small bowel had been destroyed, with injuries ranging from transection to a type of degloving where long strips of mucosa were ripped out of their protective serose to mesenterial disruption. there had been massive bleeding from multiple mesenteric arterial injuries as well as both inferior epigastric vessels which were ripped through with the rectus injuries. the psoas on the right was severely bruised, but intact. the right common iliac artery had also suffered a type of degloving injury with only a flimsy adventitia holding it together (intimal tear but circumferential). the sigmoied colon's serosa was torn, but there was no perforation. the right iliac vein was bruised but intact. the right ureter was denuded but not perforated. to say the patient was shocked is to understate the situation to the extreme. (the anesthetist later told me the pH was 6,9 at this stage. he didn't share this pearl with me during the operation!!!)

we had a go at dammage control surgery and actually got the guy to icu. of course he died about 2 hours later. he had been in irreversible shock probably from the outset.

so i got thinking. it's true that a seatbelt decreases the severity of injuries as is demonstrated by the fact that tax payer made it to hospital and thief did not. but the human body is just not made to handle the type of trauma it is exposed to because of advances in our technology. high speed car crashes can be fatal with no possibility of saving the guy. plan crashes are even worse. i've always wondered why they still bother to tell the passengers in a plane to assume the crash position in the event of an imminent disaster. how is that going to help? how are seatbelts going to help when you are plummeting to the ground from 10000m.

the other thing i thought is that we can all cop it at any moment. when i drive the road that my patient drove, i wonder what he was thinking just before impact. probably something along the lines of whether he should hire a dvd after work or something equally mundane. i sometimes feel the urge to think something great and profound just in case it's my last thought (i then laugh at myself for being ridiculous).

the other twist to the tale is that his sister totally flipped after her brother's death. she told her husband to load him into the car so they could go home and carry on with normal life. the husband came to me in desparation no doubt and asked me to speak to her. the whole extended family was sitting at one table, on one hand trying to deal with the loss and on the other wondering what to do with tax payer's sister. i'm sure there will be some long term resentment from some of them about that. i sat down with her and her husband and as gently as possible explained that we had done what we could etc but his injuries were overwhelming and he had passed on. she would not accept this and said that she had just been with him so he couldn't be dead. my mind was saying 'did you notice he wasn't breathing maybe' but all i could say was i'm terribly sorry. she later got some or other pharmacological assistance from the casualty officer.

so remember to buckle up next time you drive somewhere.
Posted by Bongi at 10:35 am

Last week on the news I saw the amazing image of a crashed plane. It was on fire, the front was crushed, and I could not see one wing. But the most amazing part was the stream of survivors wangering towards the news cameras. Apparently more than two thirds of the 100-odd passengers survived.

No all accidents are head-on. I think perhaps the seatbelt still has merit.

However, concerning the worst case scenario of going from 120km/h to zero almost instantly, is there any mechanical way of preventing the severe damage you described? Full body armour to spread the force over a wider area? Perhaps that's what air-bags are for. Did his car have decent air-bags?

My mother crashed her car last Christmas, with me inside it. There had been ice-fog, so the road was covered in an invisible slick of ice, and some dimwit was parked on the highway, in the lane, with his lights off, before dawn. We were doing probably 120km/h, and I reckon if my mother hadn't managed to avoid rear-ending the guy, there would have been a load of dead people on the road.

As things were, she somehow managed to swerve round him and miss the oncoming traffic, but by then the car had entirely lost traction and fishtailed across the road, sliding sideways into a field. We were about to roll when the car was brought up short against an electric pole, with such force that it broke the pole (nevermind what it did to the car).

That slide comprised the longest ten seconds of my life. We were both belted and we both walked away from that one.

Hi Bongi,
I just read your flattering remarks on my blog and wanted to thank you. Even though you had a desire write, I feel that SA is all the more fortunate for your decisions to remain with medicine. Not all of us were meant to be so noble. In our own way, we wield an instrument, and I daresay you are amazing.

I imagine you have plenty of style and skill, and if I've done anything to inspire you to find your literary voice, then I can smile all day long. Best of luck to you!

craig and red, don't get me wrong. i think a safety belt is very important, but sometimes, no matter what, you are not going to walk away from it.

lynn. thank you. don't worry, i love my job too much to dump it for writing, but i must say, so far blogging has been fun too.