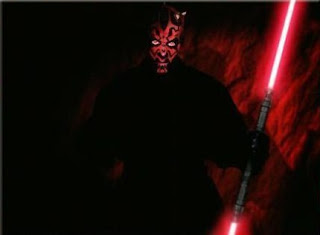 surgical training is very hierarchical. everyone knows where they fit on the pecking order and everyone stays pretty much in their place. a basic team consists of the consultant, (or the boss), the registrar, (the guy who runs the show), the medical officer (his second in command), the house doctor (the skiv), and an assortment of students. but the registrar and the medical officer are actually the functional unit, the master and the apprentice. it is a sacred relationship. only once were those lines blurred.

a friend of mine was a phenomenal doctor and a most capable operator. he was medical officer to the senior registrar and quickly learned how to do pretty much everything. soon his senior was doing his calls from home (an almost unheard of state of affairs reserved only for those working with exceptional medical officers) where he could hit the books for his up coming finals. at the same time another medical officer was biding his time in 1military hospital. the work load between the two hospitals was incomparable. the academic hospital was always at full capacity and a call generally delivered much and severe pathology. the military hospital was very quiet and to even do a laparotomy on call was most unusual. although of the same station, the two medical officers were very different in experience and ability.

when it came time for them to write primaries, for some reason my capable friend passed up the opportunity due to a few peripheral problems in his life at the time. however, because of this, when the next year came around, he was not promoted to registrar, but remained a medical officer. as life would have it the boss put him together with the most junior registrar, the guy from the military hospital.
i was rotating through urology. the surgeons phoned us to join them in theater for a gunshot abdomen with an injury to the ureter. they would open and get the life threatening stuff sorted out. we would then be required to fix the ureter and they would handle the rest. (ahh the cushy life of a urologist.) we walked into theater just as they were about to open. i saw my friend, the medical officer, and we exchanged a quick friendly smile. he looked a bit sheepish only assisting on a type of operation which he would have been doing himself only a few short months previously.
the registrar opened. there was blood in the abdomen, pretty much the normal amount for a common or garden gunshot wound. right away i could see the registrar was out of his depth. he sort of patted the blood with a swab, lifted the swab to see how much blood was on it and patted some more. he didn't seem to even have an idea how to explore a simple abdomen, let alone one with a smidgen of blood from a bit of acute lead poisoning. i considered offering to help. after all i was a general surgeon registrar, even though i was rotating through urology and i was the most senior generalist there. i decided to wait.

my urology senior leaned across and asked;
"what do you think is hit to cause that much blood in the abdomen?"
"that is not all that much bleeding," i replied, "the patient is still stable and there is no increase in the amount of blood. this is mostly old blood."

again i considered volunteering my immense experience and skill, but i knew that this situation was well within my friend, the medical officer's abilities. i held my tongue.

"what do you think is hit?" my urology senior asked the registrar. still softly and ineffectually dabbing the blood with swabs, the registrar replied, probably more with his adrenals than his brain,
"i think the ivc is hit." i'm a bit ashamed to say i laughed, but i did. i thought he should know that if i thought there was any real danger i would have already been in there. i looked at my friend, the medical officer. i could see the frustration in his eyes. the situation was not dire enough for him to undermine his senior's authority and take control and yet nothing was happening!

he then humbly suggested he help a bit. within moments he had exposed all relevant injuries and shown them for what they were. the registrar looked in control again. we, the urologists got stuck in and fixed the bloody ureter. then we left.

that day there was a master and there was an apprentice, but which was which?
Posted by Bongi at 1:15 pm

I often have conversations with the Headteacher at my children's school, who is retiring soon.
One day she told me that "You're never too old or too qualified to learn something". Seemingly, some of the most interesting lessons she's learned over the years, have been gleaned from her proximity to children.
Perhaps we should all (in whatever field: surgery, education, business) take a leaf out of her book and blur the lines of heirarchy.

a side issue: "the registrar replied, probably more with his adrenals than his brain"

how do one as a medical student reduce such occurrences?

anonymous, i think you get used to the adrenal rush and learn to function normally. give this guy a few years and the same situation won't even raise his pulse. in the end experience is the difference.