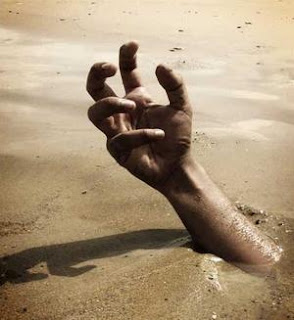 hospitals are divided into neat little units, each functioning independently and each with their unique perspectives. surgeons move between these and get an overall view. however, sometimes negotiating your way through the many different ways of seeing the same case can be like finding your way through a marsh with all the dangers of being swallowed up in quicksand at every turn. one time this hit home pretty hard was just another gunshot that was anything but just another gunshot.

i was rotating through thoracic surgery, which by implication means i was the junior. then casualties called. they said they had just gotten a call from an ambulance bringing in a gunshot heart and they wanted me there when they arrived. i remember thinking that it should be a quick consultation. i mean who survives a gunshot heart?

casualties' main function is to keep the patient alive until the surgeon takes over. thereafter they play no role in the further treatment of the patient. it is usually a case of out of sight out of mind. this time around they made sure i was there when the patient arrived. finally the ambulance came blaring in.

the patient was an eighteen year old girl. she was clearly in deep trouble. the bullet had entered her side below the nipple line and had exited almost exactly the same place, but on the other side. she was already losing consciousness despite good intravenous lines flowing full speed. i quickly decided that this was not a gunshot heart. this was partly because of the lack of distended neck veins but mainly because she was still alive. i got to work.

i instructed the casualty officer to intubate the patient while i quickly threw in bilateral intercostal drains and a high flow central line. the drains in the chest drained nearly nothing. the problem was not in the chest, but in the abdomen, my usual stomping ground. the abdomen was also visibly distending and under quite a bit of pressure. however i was not in general surgery at the time. the casualty officer then took off her gloves and said:
"ok, i'm outta here. i have other patients to see." she was quite within her rights but it was just difficult to keep the patient under control while i made the necessary phone calls to get blood, call the general surgeon on call, get theater ready and phone the icu guy to organise a bed for after surgery. but, what could i do? so i did what i could.

by the time the general surgeon (my junior) arrived everything was ready for theater. the only problem was that the patient was slipping away. we grabbed the trolley and ran. as we passed an examination room i glanced in. there was the casualty officer looking into someone's ears. yes she had move on. that patient's otitis media had no chance.

in theater we met the anaesthetist. he took one look and let rip. how could we give him such an unstable patient? where was the blood? what sort of show were we running? i considered telling him that the patient had two large bore peripheral lines and a high flow central line, the only unit of emergency blood in casualties had already been given and we were waiting for more from the blood bank and to stand here arguing was more of a joke than anything we had delivered to him yet. i knew that it was in no one's interests to argue, so i just quietly suggested we get the patient on the table to see if we could find the source of bleeding which was the actual reason the patient looked so bad. delay was in fact what was killing the patient.

anaesthetics weren't needed. in fact by that time the patient was so unstable anaesthetics would have been the last straw. it is difficult to explain what it was like there in the ensuing moments. the anaesthetist was shouting for blood and fluids. the floor nurses were running in what seemed to me like ever decreasing circles. the surgeon opened the belly and liter upon liter of blood came gushing out. he threw both hands into this bright red torrent and screamed for his assistant to do the same. then, seconds later i heard the anaesthetist shout:
"heart has stopped!! heart has stopped!! give internal cardiac massage now!!!"
"i can't give f#@king internal cardiac massage at the moment!! i've got my fist on the aorta and that is the only control of bleeding we have. you give f#@king cardiac massage!!"
"i'm trying to get fluids on board!!" he said while squeezing one of the drip bags to force fluid in. they both looked at me. i gowned and gloved without scrubbing. i then slipped my hand into the abdomen under the sternum. i took the heart in my hand and began squeezing. it was just an empty sack.
soon after we called it. she was dead.

i felt drained. a young woman had just died in the most dramatic fashion, literally while i held her heart in my hand. i looked at the sister.
"what a mess you've made of my theater, dr bongi!" she said with genuine irritation, "who the hell do you think is going to clean this up?" obviously she was less affected than i was, i thought.

as we got out of our blood soaked scrubs and back into our normal clothes i noticed that one general surgery student was pretty shaken. i thought i should maybe chat to him. the surgeons left, but i waited for the student. we walked towards the door. i gave a light hearted comment and he ventured a tentative smile. i reciprocated, as we walked out the theater complex. and that is what we were doing when we unexpectedly walked into the family, smiling.

the family were in a group outside theater. they seemed in fairly good spirits, all things considered. i got the feeling that they were impressed that they had managed to get the patient to hospital so soon after the incident and they seemed to be under the impression all would now be fine. one looked up.
"excuse me, but do you know how it is going in there with the young woman with the gunshot wound?" great i thought. the surgeons had just walked past them and it was now up to me to break the news. generally when you are about to tell the family that they have just lost a loved one, it is not a good idea to be seen to be smiling and light hearted when they see you for the first time.

i went through the injuries with the family. i then told them we had done everything we could, but that she had not made it. any vestige of hope seeped out of their faces quite slowly as this information sunk in. most turned away to hide their tears. i needed to get away to maintain my composure too. i made sure i answered all their questions and then left.

i walked down the corridor to icu to tell the icu guy we wouldn't be needing his bed. when i told him he looked at me and smiled,
"good. i've already opened up a bed. now i have an available bed if i need one later tonight."

i had to sit down. it seemed to me everyone had just seen the tragedy from their own perspectives in their little windows on the whole tragedy. i felt a vacuum in my heart. the icu guy offered me a smoke. that is not a good idea i thought, but that is not what i said.
Posted by Bongi at 5:00 pm

...and yet you keep on going. Admirable.

I love reading this, just to be prepared for the hard life I'll probably have too.
I hope it's all worth it, for you and for me.

Oi. Funny, I've been doing anaesthesia for five years and never moaned about being given an unstable patient. I thought that's the whole point of trauma patients, they're by definition unstable. Looks like you walked into the theatre scenario from hell there. Just hope you don't think all of my ilk are that silly.

adalbert, i get on very well with almost all my anaesthetic colleagues. this was just an exceptional situation. that guy didn't finish anaesthetics. he went on to specialise in a lot less stressful field.

Write enough of these kind of posts and i will have to credit you for indirectly teaching me how to break bad news :-)
Cool that you recognised that the student was distressed most doctors don't care much for us.
Sounds like staff get desensitized to death after some time, i hope that doesn't mean we become desensitized to suffering too, because then what would be the point

We all need a certain amount of denial to be able to carry on, especially in a world with so much man-inflicted woe.

Even so, there are many paradoxes in human behavior, that someone who might be described as a "loving father" or "caring husband" can callously walk away from a scene of death because he can emotionally distance himself from the pain of others. It's obvious that some didn't sign up for emotional involvement when they choose medicine as a field.

it's not a talent or something we practice or train to do. In fact we're taught the opposite. I was that student once...working with bongi. You cut off when you're doing the job - dead inside - so that you can function like a machine, thinking only what'll save that patient...then you go home and every feeling you shoved creeps up on you over and over again until you snap or alternatively put it in a blog. Bongi, hope all's well. I did a 2 year stint in the EC. Mpumalanga sounds about the same. G

This is a very moving post and you surgeons are one strong breed to carry on like you do...as are other medical staff faced with these tragedies.

But the drama in surgery...

It's true that we almost get little vignettes of who this girl might be -- unfortunately, that day, she is mostly a problem to others (as a heart, an aorta, as spilt blood), and, of course, she is dead.

I don't know how any of you medicos manage the transition from near automaton to conveying such sad news. It is good of you to stay and answer all questions -- that matters.

I wonder what she was like, before she was a "gunshot heart"?

(And a pox on your casualty officer colleague. May the Bird of Paradise fly up her nose!)