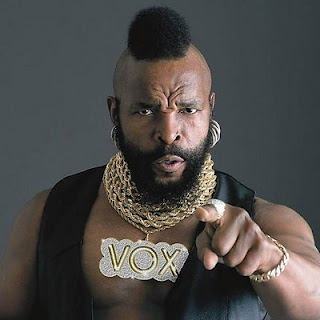 some of my colleagues used to tell me i needed to learn how to keep my mouth shut. sometimes i just couldn't resist saying something choice. often this didn't go down well with the old style surgical profs. there were exceptions.

every thursday afternoon we had a gastroenterology meeting. only the surgeons, the gastro fellow and the head of gastro, who were both internists, attended. for reasons i don't know the internal department as a whole didn't feel the need to be there. so generally speaking there were far more surgeons than any other type of doctor.

that day we had already worked through a few scans and had academic discussions about diagnosis and treatment options. we were approaching the end of the meeting. the prof asked if there were any more patients to be presented. the gastro fellow moved forward with a ct scan in his hand.

"i have a patient." he smiled. "i'd like to hear what the surgical registrars have to say about him."
i was in no mood for an internist to try to catch me out in front of my profs. i remember being a bit annoyed. he started presenting. he gave the history of the patient and the clinical findings. as i listened i felt sure the conclusion of the story was going to be that the patient was referred to one of us for a laparotomy.

"i have the ct scan here." he announced proudly, "but before we look at it i have a question for the senior surgical registrars. who can tell me why i requested a scan of this patient's abdomen."
i couldn't stop myself.
"because you can't operate!" i piped up.

everyone except the fellow fell about laughing. that was the only time i remember when the profs laughed at my often injudicious comments. it brought the meeting to an end. the internist was outnumbered. sure enough, the patient had been operated and the profs cut to the chase and asked the relevant surgical registrar what he had found.
Posted by Bongi at 12:23 am

I am Alain Ochoa, a Spanish journalist, and I am writing you from Diario Médico, Spain's leading medium for health professionals. We publish a daily nationwide newspaper focused on health news for MDs. Our website www.diariomedico.com is constantly growing in visitors. We belong to newly-formed media group Unidad Editorial, which owns daily newspaper El Mundo (www.elmundo.es) among other well-known publications.

I'm writing you because I would like to interview you, like I just did it with Vijay Sadasivam (scanman on your Blogroll).

haha even better than the jelly tit!

Perfect! :D
Surely even the physicians could get a good laugh out of that one.