surgical principle number 1: to swear does in fact help 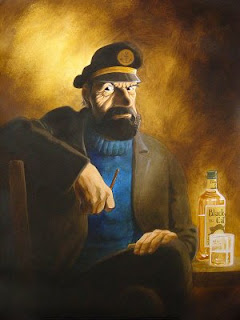 don't get me wrong, i don't swear at people (except when they really deserve it). but sometimes in that critical moment in an operation it does tend to dissipate some of the tension if you let off a bit of steam. i first realised this as a medical officer working in the transplant firm.

it was late at night. we had just procured a kidney and had our recipient all prepped for theater. the only problem was we were having trouble finding someone to do the actual transplant. the guy whose name was on the call list for transplants, a private surgeon who had a session post, flatly refused. in the end i had to call the prof.

the head of the transplant unit was the best prof in the department. he was a gentleman( unusual for a surgeon). he always taught the students on rounds with patience and respect. he was an all round nice guy. but he did suffer from a fairly severe form of theater rage (somewhat like road rage but experienced behind the knife rather than behind the wheel). when i called him, despite not being impressed that he had to step into the breech left by the private surgeon, he immediately came out. and so we got to work just after midnight with a tired and somewhat cranky prof.

the mobilization went well but i could see the prof becoming more irritable with every passing minute. even the anastomoses went acceptably well. however the prof started showing signs that his blood nicotine levels were dropping. most of us also believed the prof and his prostate no longer had an amicable relationship, which meant that he did not enjoy long operations. by the time he got to the reimplantation of the ureter into the bladder he had been reduced to a tired irritable old man with a bladder of his own that was no longer going to stand for it. up to that moment, being junior and working with the best prof, i had been nervous that i would do something wrong. but with the laws of nature and old age conspiring against the poor man his hands became progressively more unsure. each movement needed to be repeated a number of times before it was done. this delay further infuriated his bladder which in turn put pressure on the prof to work faster. the faster he tried to work, the slower he got. the true gentleman that he was, he never swore at anyone in the theater (except himself, now that i think about it). but he did swear and quite a bit. ironically i started to relax. behind my mask i actually found myself laughing. i mean what else can you do when the prof starts addressing the patient's bladder (possibly in proxy for his own bladder whom he felt a certain loyalty to and couldn't directly swear at) as a separate troublesome person with sentences like.
"f#@k you bladder!" and
"you're not going to f#@k us around any more, you bastard!"
sometimes i must admit i did wonder which bladder he was speaking to, especially when just after letting the patient's bladder know who is boss the next few stitches would be disasterous and would need to be done all over again. maybe at least his bladder was no longer f#@king us around.

and thus i learned that a well timed harsh word can actually lighten the mood, if only sometimes for the assistant.

yes i swear during surgery, but not ever at anyone and actually never in anger. it is just a sort of valve to deal with what can sometimes be a loaded situation.
Posted by Bongi at 2:23 pm

You write so well...one of the funniest I have read this year!

:)
i swear all the time, albeit under my breath, usually at surgeons :)

Great write! I can relate! I sware at my computer often when I am trying to fix a program or trouble shoot why the results aren't posting correctly or the reports are formatting as I want them to! It is better to curse at my computer and in private than the clinician! : )

Is that not a picture of My Dear Captain Hapluck? Er, Captain FatStock? StopTheClock? Oh, Haddock!

And how do you know one another? If he has schooled you in curses, you are well-equipped indeed.

Please give him a peck on the fuzzy cheek from His Bianca...

This must be one of the reasons why people go into surgery. We don't have this luxury in nonsurgical, nonanesthetized situations.