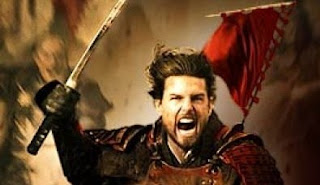 i recently read a post by a greatly respected blogger. she relayed a story about why someone chose primary care as a speciality, but it turned out to be more about why they didn't chose surgery (or why you should read the contents of anything you eat). i felt compelled to reply.

in all honesty there are many reasons i decided to specialise in surgery, not the least of which was that i wanted to be able to deal with pretty much everything. i also really enjoy operating. there is something magical about cutting a fellow human being open. intuitively it seems so wrong, and yet we do it and we do it for the good of the patient. it's truly mystical. but there was one incident that happened in my student days that clinched the deal.

i've never considered myself too bright (with the possible exception of two separate occasions). so exam times were always quite stressful for me. the finals of fifth year were no exception. so when i found myself waiting to be called in during the surgery practical finals my nerves were pretty frayed. the patient i had examined had a large smooth thyroid. clinically she didn't have hyperfunction, but that could be due to medical treatment. i had no blood results so i would have to go through all the causes and finally settle on what i thought was actually wrong with her. the prof was bound to grill me on my diagnosis and try to catch me out. at times like this your entire career feels as if it is the balance and may be lost to you for the slightest reason. as usual i wasn't feeling too bright. and to top it all, the student that had just come out had been grilled for not wearing his name tag. the prof had apparently almost gotten personal and totally rattled him. i had just lost my name tag the previous week. this did not bode well for me.

and then it happened. while i was sitting there waiting and trying to remember and sort out all the bits of information floating around in my exhausted, overly stressed brain, one of the senior consultants of internal medicine walked past. he saw me there with red, sleep deprived eyes and anxiety written all over my face and immediately realised i was just about to go in for a grilling by the surgeons. he gave his bit of advice.

Email ThisBlogThis!Share to TwitterShare to FacebookShare to Pinterest
Labels: exams, making of a surgeon, surgical training

Ha ha..the mantra of surgery. I wish I'd known- hubby's behavior makes a lot more sense now. He's a surgery resident, and always wants to 'drain' the smallest boil I may get.

Ah yes, this thing I figured out many years ago. I had something that caused me tremendous pain. I researched and with preliminary self-dx found it might be handled in various ways. I wanted it out. I chose my surgeon and cut to the chase with his expert assessment and surgical skill.
-SCNS

hehe... enjoyed the story bongi!did you pass your oral?

i_gas of course i passed. i actually did very well. i entered the room greeted the profs, and immediately apologised for not having a name tag, thereby taking the wind out of the prof's sails. after that all went well.

do you know i reckon that you have been nicely bought up by your mum.

Great post again, Bongi. I hope you didn't advise to take the woman's thyroids out...

I have often said that I think it would be interesting if the blogging docs did some kind of blogging weekend or whenever ..that they told their personal story (assuming they don't reveal their identities in doing so)for the moment they realized they wanted to become doctors and then ..why did they choose the specialty they did. ?