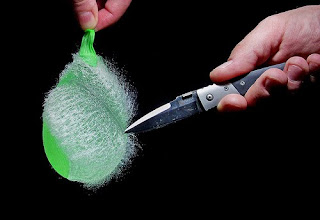 it was late at night. the patient was just one more stab wound chest, one of the most common conditions we dealt with. but this one was different. he writhed around and seemed to be gasping for air. i threw in the needed intercostal drain, expecting a sudden improvement. it didn't happen. the lungs were fine, but the patient's neck veins were severely distended. his blood pressure was low and his pulse was fast and thready. his heart sounds sounded muffled and distant. then, if i wasn't already sure about the gravity of the situation, he said those words which strike dread into any doctor who has even a little experience.

i knew what was wrong. he had a pericardial tamponade (the heart had been stabbed and was bleeding into the sack around the heart, slowly crushing its attempts at normal contractions) and without intervention the patient was going to do exactly what he had said he was going to do. i even knew what to do, but had never even seen it being done before. he needed a needle to be stuck into this sack to draw off the blood. this would win time to get him to theater to fix the hole in the heart. it was time to phone my senior.

the cuban surgeon on call sounded sleepy. he listened to my presentation of the patient, but didn't seem to fully appreciate how grave i felt the situation was. so i told him.

"this patient has a tamponade and without intervention soon he will die!"
"how can you diagnose a tamponade without a chest x-ray? get an x-ray and phone me back!" i was astounded. i knew what i had and didn't need a chest x-ray to help me. in fact i was worried about the delay the getting of said x-ray would cause. nevertheless, he was the consultant and i was merely the intern. i had to obey.

not too much later i phoned the consultant again.
"i have the x-ray as you requested and it shows a very globular heart." this confirmed the diagnosis. "will you please come out and help?"

finally he arrived. i had been sitting next to the patient the whole time trying to reassure him that everything was going to be just fine even though i was not convinced everything was in fact going to be fine. the consultant looked at the x-ray for some time. he then listened to the ever fainter heart and examined his now engorged neck veins. i was pacing by this time. i just couldn't understand the consultant's tentativeness. after all he was supposed to be a surgeon.

"bring me a needle!" finally!! i presented him with the needle and syringe that i had already gotten ready. he seemed surprised. i wanted to say that i was south african trained, but thought better of it and just smiled. he then started cleaning the chest just next to the sternum. now once again due to my south african training i had expected him to clean the area just below the sternum in the angle between the left ribs and the sternum. where he was cleaning i feared that he may stick the needle straight through the thin sliver of lung that lies over the heart in this position. i mentioned my misgivings and suggested the method we had been taught. glared at me accusingly and drove the needle in through his original site. the syringe quickly filled with blood. the change in the patient was dramatic and instantaneous. i started to breathe easier too.

"wonderful!" i said. "theater is ready. i took the liberty of booking him already."
"why?" said the cuban. i was taken off guard. it seemed to me to be self evident. the stab to the heart had to be addressed otherwise the tamponade could recur and then we'd have to operate in the early hours of the morning anyway.
"ummm...to fix the hole in the heart?" i ventured.
"no. we have treated him. he is fine now. admit him to the ward!" and with that he walked out.

what could i do? i was an intern. i could not do a thoracotomy on my own. if the surgeon refused to operate the patient was not going to get operated. i hesitantly admitted him to the ward as instructed.

through the night i intermittently stopped by to see how my patient was doing to the irritation of the night staff whose sleep i constantly interrupted. by the next morning the patient was amazingly still alive. sometimes patients are just lucky i suppose.
Posted by Bongi at 11:34 am

Scary! Please post a follow up to let us know what happened to him finally.
Hope I never have to work with such an attending!

Sometimes a patient is lucky, sometimes not. I would prefer for my surgeon to be thorough... just sayin'

I agree with both Dr DJ and Jabulani.

Good for you for using excellent clinical judgment. The patient is lucky he didn't die waiting for that xray.

dr dj, the patient survived. it must have been a small hole that closed from the tamponade. the tamponade was ironically left long enough to allow the hole to clot and yet not to kill him. amazingly enough the cuban surgeon delayed just long enough for a very small almost insignificant hole to sort itself out. having said this luck and luck alone was responsible for this guy not dying.

i also want to reiterate that the cubans on the whole do good work. sometimes, however, their training is a bit too focused and when placed in situations that they are not used to, they may flounder a bit. still i usually only have praise for our cuban colleagues.

The whole reason I went to medical school after being a nurse was because of how much I *hate* the feeling of knowing something needs to be done asap and being unable to act until the cavalry (doctor) arrives.

You just shattered my fantasy that once I am a doctor that feeling will stop happening.

albino, this story is about my internship year. it is temporary. don't worry. you can dream on, especially if you become a surgeon. then you are the cavalry.

Oh dear...suddenly I want to be a surgeon.

let's see: i agree with rlbates.

i also agree with thegooddrlaura {cringing at the memory of the bad'un...).