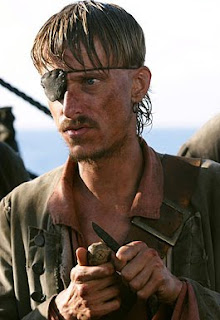 specialists tend to be focused specifically on their field. some might say narrow minded even. way back during my psychiatry block i was made acutely aware of this.

one thing i noticed quite early on in the psychiatry rotation was that, with few exceptions, the consultants weren't interested in teaching us. it seemed to interfere with their tea time and their going-home-ridiculously-early time. so when we were told to go to a particular ward to get a tutorial from one of them i wasn't expecting much. i got exactly what i was expecting.

we walked into the tea room where the consultants were hard at work drinking tea and introduced ourselves. the designated tutorial giver groaned audibly. he then glanced over at his colleagues and rolled his eyes. they chuckled. funnily enough i think they thought they were being subtle. after all we were mere medical students and therefore couldn't easily pick up on the finer points of non-verbal communication like specialist psychiatrists could. i was immediately annoyed, but i chose to hide it.

"you medical students think that when you rotate through psychiatry you don't need to examine patients anymore. where are your stethoscopes?" we all pulled our stethoscopes out of our lab coats and presented them. i considered asking him where his was but decided this was already an unpleasant experience and i wouldn't be popular with my friends if i further antagonised our antagonist. i held my mouth with difficulty. he continued.

"go to the ward on the other side of the hospital and ask to see mr g. examine him fully and report back to me." with that he turned his head back to the tea and seemed to drift off in thought. glad to know our future mental health is in such good hands, i thought.

we entered the ward and soon found mr g. we had all rotated through both surgery and internal medicine so we were quite confident in our examination skills but still we were taken aback by what we saw. with a simple glance it was clear mr g was not well. he lay almost motionless in bed except for the movement of his chest with every laboured breath. we got to work.

during the examination it was clear he was in heart failure and had a massively dilated heart. he also seemed to have pneumonia on the left. his abdomen was tender but we put that down to en engourged liver secondary to the heart failure. his mental faculties were almost non existent but were in keeping with someone who was on the verge of death as we thought him to be. as a side note we noticed he had one glass eye.

as we walked back to the consultant still sitting in the tea room sipping on his so-many-th cup of tea we chatted. we were actually quite worried about the guy. at least we could let the consultant know that he needed some real and urgent medical help at the hands of consultants that actually do have stethoscopes.

"you're back!" he greeted us, "why did you take so long? did you stop at the cafeteria for tea?" tea was clearly an integral part of his life.

"umm, no. we were examining the patient like you told us to."

"ok. present your findings to me." we started with a formal patient presentation the way we had been taught to do in internal medicine and surgery, methodically going through all the systems, one by one. as we spoke and the condition of the patient was painted in increasingly grave hues the consultant seemed to become more and more edgy. at least we were getting through to him, we thought. when we had just explained that the patient was struggling for every breath and his last ounce of strength was being drained from his body even as we spoke, the psychiatrist could no longer contain himself.

"did you at least notice he had a glass eye?" he exclaimed with a bit too much irritation. it seemed his edginess was nothing more than boredom.

"umm, yes. his right eye is a prosthetic eye." we ventured helpfully.

"ok. that is all i wanted you to find. well done." i couldn't help laughing. this guy had probably noticed by chance that the eye was fake when he admitted him some time ago. since then the patient had not been examined at all. also one would like to think that the fact that the guy was just about to die trumps a glass eye, but apparently not.
Posted by Bongi at 11:45 am

It is a shame that some students have horrid psych rotations.

Ours was brilliant and the registrars and consultants gave a lot of time and were good teachers. I have other friends who were elsewhere and had similar experiences to you.

It is sad, really. I think it puts a lot of people off considering it as a specialty.

We experienced a lot more rudeness from the surgeons teaching us than we ever did from the psychiatrists, but then there is no accounting for individual variation among teachers. I still enjoyed both rotations.

I had a nice time on my psyche rotation too. It is possible that you can get lucky, and get psychiatrists who like to talk and teach. You had bad luck, I am afraid. That said, the gyn and the GP practicals were miserable, but that is another story.
One thing about psychiatrists, when they like to talk, they always have good patient stories.

" when we were told to go to a particular ward to get a tutorial from one of them i wasn't expecting much. i got exactly what i was expecting."

Actually, it sounds like you did get a tutorial. You learned from that exchange NOT to be an ass. You learned also how important it is to teach, really teach, these young, up and coming doctors when they are inquisitive and want to learn.

It's unfortunate that so many students are treated this way in various rotations. They forget that someday...they may be looking up at your face when they are in need of help. You never know.

My experience was that some in this field tend to bill for tx when none was done... gather a inpatient group together for therapy say 10, and then be seen leaving the facility 15 minutes later. Could this be the reason my joining that group was OK, only for a moment? Upon second consideration, this physician nervously looked at his shoes and said it was to be a closed therapy group. I had built more working knowledge of those patients than perhaps he ever had at that point.

That physician and I exchanged knowing looks as he made for the door. What a weak man.

Bongi...great story..."eye" liked it! When I rotated through my psychiatric rotation, they had on-house living arrangements. Needless to say, it was a long month! Hope this finds you well.

Great story, but embarrassing to psychiatrists such as myself. I went into psychiatry despite a mediocre med school psychiatry experience. Psychiatry hurts itself by not having better med school rotations.