you can't win them all 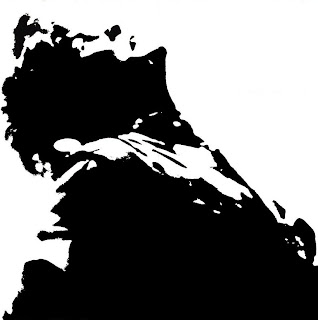 the myth of the glory of war is perpetuated in part due to the fact that the stories are only told by survivors. if the guy that took one through the neck in no man's land in world war one and then slowly faded away in a mess of saliva mixed with blood, lying in his own stools, crying for his mother were to tell his story from beyond the grave it wouldn't look so glorious at all. it would maybe be a better reflection, though, of the reality of it. in a certain sense we run the risk of glossing over medicine too. i would hope this blog does not.

i am extremely affected by the patient calling out to me to save him in strained monosyllabic speech at the last moment of his life. it is almost too much to bear. and yet i am the survivor. i walk away to live another day or to tell the story or to enjoy a sunrise in the african bush.

i remember him well. he was a kidney failure patient who was leading a fairly normal life thanks to the wonder of peritoneal dialysis. he was the breadwinner for an extended family even. and then he got the call.

there was a kidney available. i was even involved in procuring the kidney (this is always a sad and poignant story in itself. it is the coming together of life and death, of hope and despair) . the relevant tests were done and this specific patient was found to be the best match. quite soon he was in the hospital going through the needed preoperative preparations. after the usual administrative delays that are so particular to south african state medicine we even actually got him to theater and without too much fanfare soon had the new kidney in and peeing like there was no tomorrow. everything was going so well i almost thought it was too good to be true.

after theater he did well for about three days before things turned. initially it was just a decrease in the amount of urine the kidney was producing but soon it was so much more than that. without going into too much detail, the patient developed systemic inflammatory response syndrome (sirs). this put pressure on his new kidney which started faltering. he developed water retention which put strain on the lungs which were already under pressure from the sirs that he had. after that things started spiralling downwards.

we had long given up on the kidney and put the patient back on dialysis, but nothing seemed to make the situation better. then two days before my rotation in the transplant firm ended the patient collapsed in the ward. i happened to be there and commenced a full resus.

i remember clearly the terror i felt at the prospect of the patient dying. his heart wasn't supposed to have stopped! he was supposed to do well. i felt terrible! but with a bit of good luck i brought him back from the brink of death and delivered him to icu with a tube down his gullet and highly dependant on inotropic support (his heart was dependant on drugs to maintain a barely survivable blood pressure). his kidney had long since ceased to function and we dialysed him constantly at a low rate to try to not put more strain on his borderline heart. then i was rotated to the icu unit, so in essence i followed my patient there.

his sirs just got worse and soon he developed a coagulopathy (the normal clotting mechanisms in the blood stopped working) and was soon bleeding from every orifice. we gave him what we could for that but the fine balance between not giving too much fluid yet giving the needed clotting factors and the balance between dialysis and the heart that was on the verge of giving up altogether was very difficult to manage.

the last night i remember too well. i often wish i could forget. i was on call that night in icu, so it was up to me to get him through to the morning. he had been bleeding from the mouth and nose a bit all day. his blood pressure hovered just above the unacceptable level. his lungs were full of fluid and the ventilation was tricky to say the least. but as the night progressed things got worse. the first thing was the bleeding. quite soon blood was oozing from everywhere. he even had a trickle of blood running down his cheeks like bloody tears from both his eyes. and as he bled his blood pressure started falling. he became too unstable to dialyse so that was stopped. the inotropes were increased to industrial doses but that did little. i became desperate. i phoned the transplant consultant.

after i had verbalised all the parameters to the consultant over the phone it was like i had told them to myself. i knew what the consultant was going to say. if i were him i would say the same thing. the situation was beyond repair. the patient was going to die and nothing we could do would change this fact.

i knew he was right. i hung the phone up and just sat for a while. i thought of the fact that this man, the sole breadwinner of his family, had walked into the hospital with hopes of a better life without dialysis and would be leaving on a cold morgue slate. it just seemed so unfair, so wrong. had we killed him? i didn't know but at the time i felt we had. my consultant had advised me to stop active treatment and see if i could get some sleep. i stopped active treatment but i refused to sleep. it just seemed to me that i was supposed to at least be with him to the end even if that was all that i was going to do.

i sat in the patient's cubicle and waited, like him, for the end. when it came it was horrible. blood was now streaming out everywhere. his breathing tube was bubbling with the pink frothy liquid seen in pulmonary edema and the ventilator strained against the pressures needed. the colour slowly seeped out of his face giving him the countenance of death before the fact. and then slowly his life force left him.

i turned off the ventilator and all the infusions and left. but even then sleep and the peace that could possibly come from it eluded me. to be honest i did not have that peace for some time thereafter.
Posted by Bongi at 8:12 pm

No we can not win them all, but you did what many won't or can't -- you sit with him until the end. He was not alone, he had you.

The immense responsibility is so daunting, doctor.

You honestly can't win them all Bongi, but it takes a dedicated doctor to sit with his patient when the end comes.

What a horrible way to die. So incredibly sad.

"had we killed him? i didn't know but at the time i felt we had." What a terrible feeling to have. I am glad you sat with him despite all the exhaustion, and I hope you started to feel better and recovered from that crushing feeling.