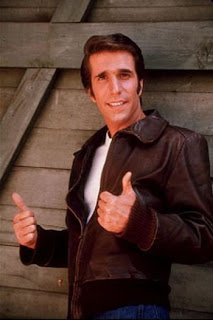 i suppose reading my previous post that one can possibly get the idea that i am a bit blasé about gunshot wounds. i hope not, but sometimes i think i may be.

i was doing a casualty session in a private hospital far from my usual stomping grounds. it was one of the ways that i used to get a bit of extra money to buy luxuries like bread and butter. truth be told i hated most of it. i mean at heart i am a surgeon and not a colds and flu doctor, which is what most of the casualty work is comprised of. it was usually frustrating but i needed the money and i couldn't sell my soul. it already belonged to the professor.

on this particular day we got a call from the state ambulance service. they informed us that they had a gunshot patient in tow and they wanted to stop at our unit so that we could stabilise him before they took him onwards to the state hospital for definitive management. they basically said that he was not going to survive the drive to the state hospital and they were rushing to the nearest facility (us) so that we could quickly save his life. it all sounded a bit dramatic but at least it wasn't another runny nose. i just couldn't help wondering what we were required to do if the patient needed to go to theater immediately which, according to the story we were getting, sounded likely. we all lined up at the ambulance bay with our gloves on and waited in true grey's anatomy style.

the ambulance came blaring in and skidded to a dramatic stop. the driver also obviously watched grey's anatomy. they jumped out and soon had the patient in the resus bay. i got the history from the paramedic as i did a primary survey of the wounds.

the single gunshot wound was more a chest wound on the left hand side, but due to the tenderness of his abdomen i concluded the bullet had spent at least some time in the abdomen before exiting through the back. the patient was stable and didn't seem to be anaemic at all (he hadn't bled too much). all things considered he seemed quite well actually. (well for someone that had been shot that is. i mean i felt better than him even if i was forced to do casualty locums.) but he did have a pneumothorax clinically so he did at least need an intercostal drain. he would also need a nasogastric tube because there was a chance the stomach had been hit.

moments later i had the intercostal drain inserted and swinging comfortingly. i then threw a nasogastric tube in quickly without too much ceremony. the patient seemed to breath with slightly less difficulty. i looked at the paramedics with a glint of pride in my eyes. i doubted they had ever seen such a fast and slick insertion of an intercostal drain and nasogastric tube. they stood against the wall with their arms folded staring at me blankly. tough crowd, i thought. it seemed they expected me to do something more before they were willing to take the patient back. i wondered what i should do. he already had two good intravenous lines up and i had inserted the intercostal drain and placed the nasogastric tube. as far as i was concerned he was ready to go but they didn't seem to think so. i tried for an encore.

"sister bring me a set for a central venous line please." if they wanted to see me in action then who was i to deny them that? soon the line was in. i stood smiling at them. they stood nonchalantly looking back at me. i felt a bit irritated. didn't they know us surgeons had very fragile egos and that they were supposed to make some comment about how good i was if they weren't going to outright cheer in unbridled delight at the privilege of seeing me at work. i needed to get rid of them.

"ok, there he is. sorted and stable." i neglected to mention that he was essentially stable when they brought him in. "you can take him to the state hospital now." they left.

the rest of the night went as a session in a private casualty unit goes. the colds and flus were interspersed with an ear ache here and there and the occasional baby that didn't want to let his parents sleep. finally i got to lie down a bit at about 1o'clock in the morning.

i had just dozed off when the phone rang. it was the sister. she informed me that there was someone on the phone from the trauma unit of the university hospital of that city. (i mentioned that i did these locums far from home). i remember being amazed they had a trauma unit. we just handled whatever came our way when we were on call, trauma or otherwise. but still i wondered what they wanted to speak to me about.

"is that the casualty officer?" asked the voice with a typical jo'burg accent.

"did you handle a gunshot wound earlier tonight before he was transferred to us?" oh sh!t i thought. i must have missed something and the guy died. now they are going to nail me to the wall. other than the slight problem of being responsible for a death if something came of this and my professor discovered i did locum work there was a good chance that i would lose my post in surgery and my career would be over before it began. i felt my sympathetic system kick into gear. i was instantly fully awake.

"yes." i said in almost a whisper, my mouth suddenly bone dry.

"well i'm the surgical registrar in trauma and my consultant has instructed me to phone you immediately." i wanted to express surprise that there was a consultant on the floor with him at 2 o'clock in the morning. i wanted to say something like these english universities are soft or something equally tongue in cheek, but my tongue just stuck to the roof of my mouth and didn't seem to be able to find it's way to my cheek. waves of terror were now washing over me. if i had screwed up enough that a consultant was involved i really must have screwed up badly. maybe i was going to get struck from the roll and i would have to pursue a career as a street sweeper. (i would need to find a job that i used my hands with. street sweeping seemed like a good option)

"uugh." i tried to say something but only dry guttural sounds came out of my mouth.

"yes my consultant and i received the patient here. he said i must phone you to tell you what an excellent resus you did. it's seldom we get patients in such optimal condition." my sympathetic system easily transitioned from flight to fight in one split second. bastard!!! i thought. didn't he know what the time was? didn't he have a bloody watch?!! didn't he know that i didn't need compliments from registrars at his university, especially not at 2 bloody o'clock in the bloody morning? finally my tongue came loose from the roof of my mouth.

you just have such a way to tell a story! and this is a GREAT one! I am almost through reading your whole blog. Thanks so much for your insight into the twilight world of surgery. it truly is just plain fascinating.
smiles
w

Nice story, and so well told. Loved: i couldn't sell my soul. it already belonged to the professor.

I bet you went back to sleep with a smile on your face :-)

Hope your hospital hasn't been too badly affected by the strike?

This bit made me laugh out loud:
'...sympathetic system easily transitioned from flight to fight in one split second. bastard!!! i thought. didn't he know what the time was?...'
The suspense in the story is perfect.

I loved "if they weren't going to outright cheer in unbridled delight at the privilege of seeing me at work. i needed to get rid of them."

You are an amazing writer! Ever considered writing a book?

claire i have thought about it but why would anyone buy a book if they can read it here for free?

Waiter Rant is an example of excellent "free" writing that was successfully converted into a published book.

"Waiter Rant: Thanks for the Tip--Confessions of a Cynical Waiter"
by Steve Dublanica