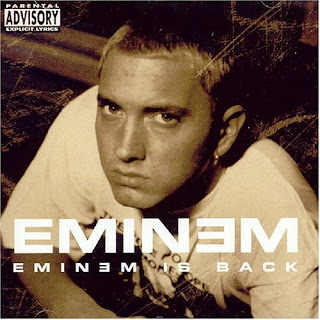 i'm instituting the m and m meeting in our department starting in february. m and m stands for morbidity and mortality meeting. i thought i'd drop a blog about it seeing as though it can be quite an emotive issue. i also realise i've come full circle, starting with my first m and m as a house doctor (a story i'd rather forget) up to me being the one to launch the meeting as a formal part of the weekly activities of the department of surgery in our hospital.

my first m and m can maybe wait its turn for a complete blog, so let me start with when i joined the department of surgery at the university of pretoria.
in your first year, you are a medical officer. that's to say your formal training hasn't started yet, but you are earmarked for a post as registrar (kliniese assistent) the next year if you pass your primary exams and if you survive the year. for a number of reasons, when i started there was a general shortage of registrars, so i was put in charge of a firm even though i was only a lowly medical officer. this was very daunting. if you're clever the one thing you should know is that you know nothing. i was clever and therefore scared. but you learn fast. you must. i remember the first sigmoid colectomy that i ever saw. i remember it so well because i did it. it was for necrosis due to volvulus. i opened the rigid acute abdomen in the early hours, got one helluve fright, being so wet behind the ears, and phoned a senior. he informed me he was in messina (about a 6 hour drive away) and told me over the phone what to do. i did it and the patient didn't turn a hair.

i realise i digress. the fact that he didn't turn a hair means he didn't end up on the m and m and therefore shouldn't end up on this blog. but the point i'm attempting to long windedly emphasise is that i was thrown in in the deep end and had to swim. because i was only too aware of my total lack of knowledge and ability i was always scared i'd killed someone accidentally and was therefore terrified of each and every m and m meeting. i would sometimes even lie awake the night before planning how best to present the cases. i never ate on a monday before the m and m (which was at 17h00) because i just couldn't get any food down. it seems you actually do need saliva to be able to swallow food and all my salivary glands routinely took monday off.
at the end of each m and m, which seldom went as badly as i had been expecting, i would walk out with a type of post adrenalin euphoria and triumphantly anounce 'survived another m and m!' seems a bit juvenile now.

as time went on and i became somewhat less of a danger to the population at large, the m and m also became much less daunting. it never totally lost its sting, however. it will always be unpleasant to explain to a room full of experienced professors why someone died, even if they did have terminal colon cancer growing right out of their abdominal wall and about no remaining normal liver.

and now it's me starting up the totally new concept in this hospital in the middle of the lowveld and the doctors 'please explain' to me. seems surreal. please don't think my aim is to put them through what i went through (i think of a guy called anonymous commenting on another blog that us surgeons do that). on the contrary. the idea is to learn and better the service and even protect out junior staff. knowledge is power and as long as i know what happened with each case i can defend my people when the stories do the rounds.

and when something happens there are always stories. i soon learned in the days of the dreaded m and m never ever to hide a case. people will be talking about you anyway. the best thing you can do to preempt this form of gossip is to beat them to it. i saw other people hide cases and suffer silent whispers in the corridors sometimes for years. whereas if you just come out with the whole story, it passes and usually there is even sympathy for your plight.

anyway, enough blogging for one day. we'll see how the softer bongi m and m goes.
Posted by Bongi at 8:57 am

It's most admirable that you are doing this. I tried in my community -- having found M and M to be the most important meeting during training -- and found great resistance by the other docs. No one, even anonymously, wanted their dirty laundry so publicly discussed.