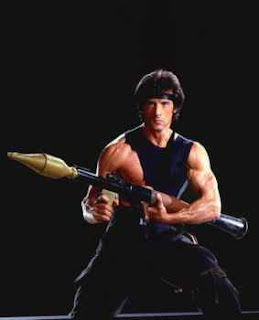 in the line of the previous post, there was another story that i thought quite funny at the time, illustrating us macho surgeons.

sigmoid volvulus. a wonderful condition which is very common in africa. not the type the textbooks talk about found in institutionalised old folk, but the type found in young black adult males. prevalence highest in uganda, decreasing as one moves south, but still pretty common in south africa. so in my registrarship, i became quite good at detorting the volvulus which is the emergency treatment in casualties. if this doesn't work or on sigmoidoscopy (siggy as we called it) if you see any questionable bowel, immediate laparotomy is performed.

anyway the patient came in and had a clear sigmoid volvulus on examination and x-rays. i got the siggy ready to detort and place a flatus tube. now, for the lay person, in this area of blocked colon, the feces has been rotting. yes rotten feces, the only thing to top regular or garden variety feces. the feces is also under extreme pressure, so as you insert the siggy, it deflates with vigor (explosively). many of my friends got showered with this rotten projectile fecal matter and often in their face when they detorted sigmoid volvulus on more than one occasion. i had evolved a way of doing it that decreased my chances of being the proverbial fan that was just about to get hit. yes, i think i was pretty good at it. in fact the picture above is me with my trusty siggy ready to detort a volvulus.

so, getting back to the story; i called the students to see the procedure, because this could be their only chance to see it. i set everything up and started the siggy, with an enterage of students, a house doctor and a rotating medical officer standing to observe. i got to the twist, observed to make sure there was no necrosis and started gently inserting the flatus tube. it slipped easily in. and as usual there was a sudden and massive release through the tube of rotten feces and particularly rancid flatus. i stood there trying to control my gag reflex. it would be considered an acute loss of cool if the tough surgeon was seen to be gaging at anything by his awe struck juniors (tongue in cheek for those who wonder). i just couldn't. i gagged over and over again. now i was struggeling to prevent myself from vomiting. despite this, my prominent thought was that the students would think i was a wimp.

then i looked up. every last one of them had bolted. not one had mannaged to overcome the stench to stay and watch. i laughed. all my ego driven worries about what they would think of me were in vain. obviously if a surgeon nearly gagged then mere mortals (tongue in cheek, flamers) like medical students and doctors would obviously not be able to be in the near vicinity of such a thing.

the patient did well, got his elective colectomy the next week and went on his merry way.
Posted by Bongi at 7:46 am

Oh shi!t...I wouldn't want to be there when the 'explosion' happened either. Nevertheless,

Interesting bit about the different variety of faeces...

I am amazed by the surgeon's ego. Even as you say your comments are tongue in cheek, you boast about how good you are at siggy's. It's amazing! By the way, the only people who think surgeons are amazing are surgeons. But can I call them people or should i say gods?

amanzimtoti (schweet name by the way), it's not that we think we're amazing. it's more like we know.
:)

Oh you make being a surgeon sound like so much fun! NOT!! I'm working on getting my BSN but no way am I going to be a surgical nurse!

I was in a conversation yesterday where we discussed all the medical staff. People who spend their entire lives working with sick and hurting people. Never mind the grossness of it all. I really have a lot of respect for people like yourself. People who are brave enough to help others. And I'm thankful that I spend all day every day staring at a 17" screen. :)

Yep. In de-torsing the (rare, in my practice) sigmoid volvulus, I've often thought of the cliche'd answer when applying to med school, to the question "Why do you want to be a doctor?" "Because I like people," is the scripted answer. At two a.m, at the bazooka end of a scope as you describe, it's sometimes hard to remember.

By the way; what do you think is the expanation for the prevalence among young men in your world?

And, of course: although some lesser beings are unwilling to acknowledge it, for their own petty reasons, the surgeons' recognition of their own superiority is one of the few areas in which we have our feet planted firmly on the soil of reason and truth.

sid, the reason for the prevalence here falls into two theories.
1) the higher fiber diet of black people here. apparently someone actually measured the volume of feces of ugandans (i kid you not) and found it to be the most per capita in the world. this is believed to be a surrogete marker of fiber in their diet. i struggle to accept this as this would not account for the absolute nature of the difference in black and white volvulus.
2) the simple genetical difference. not all black males get volvulus, but all that do have a very large sigmoid and a narrow takeoff of the sigmoid mesocolon, lending towards torsion. just like blacks don't get melanoma (with the obvious exception of acral lentigenous which is incidentally very common here) young whites don't get our particular brand of volvulus.

sid, when next i see amanzimtoti (schweet name by the way) i'll let her know about your reply concerning surgeons having their feet firmly on the ground in this particular point.

I'm curious about your practice. CT scans readily available? Laparoscopic equipment? I have this image in my mind of some MASH tent out in the bush.

Now that Ive been doing this for a while, Ive found that I can pretty much see and touch anything without being grossed out. I've seen eyeballs popped out laying next to a guy's neck, legs bent backward and halfway up someone's back. And I'll touch anything. Even with bare hands. Shit, piss, infected wounds. It doesnt bother me.

But I still have a problem with some of the smells. Dead bowel, melena, and gangrene of a diabetic foot, to name a few. Good to know I'm not alone.

buckeye, south africa is a world superimposed on another world. it's layered, not unlike an onion or an ogre for that matter. it is fully first world and fully third world. in the private hospital where i work, we have everything i could need. in the state hospital where i work on tuesdays, we have no lap stuff. we stuggle with many things there. it is a shoddy place trying against the bungleings of beurocrats to deliver a service, but in the end failing dismally. take a look at my post called failure to see what it is like. also if you go to power to the people (last year november some time) or strike (recently) you will be amazed at how first world we can be.

here with seriously dangerous hiv levels i would not touch any human fluids without gloves if i can help it.

i suppose we've all pretty much seen it all. the very first post in my blogging career touched on that.

as far as smells go, usually i can handle most. malena is just bad. necrotic bowel is worse. but the smell left on your hands no matter how much you scrub after operating on peritonitis holds a special place in my heart.

I have to concur with Dizzy Dee:

"I'm thankful that I spend all day every day staring at a 17" screen."

I would not want to be a surgeon for all the tea in China. Reading about it is one thing... I'm content to remain a mere mortal.

This was not the right time for me to be reading this kind of... shi!t.

Secure a large plastic bag (trash/rubbish bag or even several thin plastic grocery bags nested) around the distal 1/3 of the rectal tube and create a gas/projectile collector closed containment system.

And you have my sympathies, tough guy.