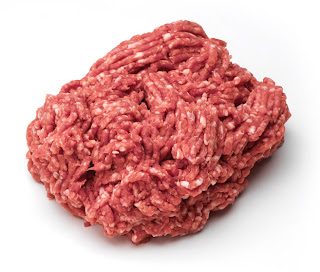 the word 'eish' is so typically south african. roughly it means...well actually it can't be translated. i think it's a bit onomatopoeic. or it would be if the eish moments actually made a sound. that sound would be 'eish'. the only way i can think of to explain the meaning of the word eish is to use it in a suitable context. one such context is the story of friendly fire which you will realise after reading this post is not all that friendly.

certain conglomerations of incompetence can also only take place in the modern south africa. this story is such a case. it is unbelievable in every aspect except that it actually happened. it was all over the news and i personally spoke to one of the treating orthopods. as you will hear general surgeons weren't needed.

one fine day in the bloemfontein military base a group of soldiers were shuffled onto a troop transporting truck. as i understand it they were going to the shooting range to try out some of the heavier weapons. one such weapon was a fairly large gun designed to bring enemy aircraft not so gently to the ground. it shot 15mm rounds at extremely high velocity and could send off about two gazillion rounds in less than a second. the particular soldier tasked with lugging this along thought it wise to load it up before jumping on the back of the truck with the rest of the platoon. but with the act of jumping on the soldier's finger pulled the trigger for a fraction of a second. that fraction was long enough. the platoon was decimated.

the survivors were taken to hospital where my friend the orthopod was called. firstly there weren't too many survivors on the scene. there was quite a bit of mince meat but not too many survivors. the reason my friend the orthopod was called and not the general surgeon was because everyone who was hit above the knees and elbows was blown to pieces and didn't make it. only people hit below the knees and elbows made it to hospital. then the treatment was easy. simple amputations sufficed.

when i listened to my friend in total disbelief i could just imagine the clumsy soldier giving the typical south african response to all the carnage he had just accidentally caused;
"eish!!! sorrie ne?"
Posted by Bongi at 11:27 pm

Perhaps inappropriately, I burst out laughing and then immediately thought ... "Now he's going to have to explain 'ne'." *chuckle*

In the old SA military, this could never happen. But, having worked in both and at 3 Mil, I am not surprised.

juggledoc i did specify the modern south africa.

My first thought was "Oh my God" so perhaps that is a polite translation. Another would be "oh sh*t" or "f*ck"

So tragic as to be almost funny as Jabulani knows.

rlbates: eish is more of a shoulder-shrug "Oh well" translation. Or Jaw-Dropping-Action-followed-by "Sux"; that's the closest I can remember from my time in Mass.

No the modern answer is "AAAAAAAA sorry for that!!!!"

Here in the UK,where they frown upon any expletives at work...but where I am frequently working with other Saffers...we tend to use 'esih' as a synonym for "oh f**k...look at this idiot and what he has managed to do to himself"...usually accompanied by raising of eyebrows...shaking of head...usually said in a defeated tone

Bongi, how can you...make me laugh at such a horrifying event! Its despicable! :P

Bongi, I was unclear with my statement. I was lamenting the current state of the Defence Force, if it can still be called that.

I guess "Oops" with shoulder-shrug is another translation for eish.

Interestingly enough, the French have a label for an equivalent "eish," but not an "eish" itself.

Sort of onomatopoeic, if only moments made sound... and exemplified by a kind of negative accident.

God, I love your posts! Thanks ever so much.

Speaking of onomatopoeic words, Japanese people love to claim that their language has more of these words than almost any other. In my basic dictionary, the author tells the poor reader with authority, "These words must be committed to memory for a basic understanding of Japanese language." and there are about 3 and half pages! Maybe 15 words on a page....It is true that you can hear them in many conversations, but really, in a Grammar dictionary...

In regard to your expression, Japanese doesn't have as many such filthy words as English, there are not any true curse words,as near as I can tell. Why? I'm not sure. Maybe Buddhism and Shinto aren't as versatile as the Christians for that sort of thing. Of course you can copy the translation in the English to Japanese dictionary, but the length of the phrase to say a simple thing is quite dispiriting. By the time you get that all out of your mouth, you have gotten over whatever caused the reaction....Of course the Japanese young people try to copy all things Hollywood. But if no one understands you? What's the point?
There is a handy short expression I use a lot which translates as, "It can't be helped!"

no bongi, you got it wrong... it's actually "eish, that was not me"