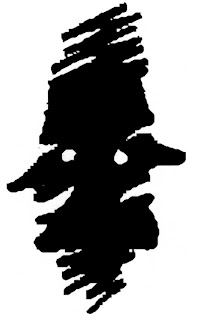 i hate working in the state. i would quit it altogether if i didn't love it so much. such mixed feelings

recently i was called to the state hospital, as usual at an obscene hour. somehow i dragged myself out of bed. i think i woke up half way to the hospital which was a good thing. it makes parking so much easier.

now generally at this time my sense of humour is not at an all time high and i'm not feeling my usual cheery self. yet ironically it is exactly at these times when one needs to be the most malleable in attitude. if not, you will not continue in the state for long. and these were my thoughts as i walked towards theater that night. i thought of past experiences and prepared myself.

i approached the theater. i could see the main door now had a security gate that was locked. i think i was more than partially responsible for this. but the door to the change room was at least open. as i entered i remember saying to myself that if the door was open then nothing i encountered inside would get me down. i knew it would need to be a decision.

in the change room, i found only shirts. at least there were shirts, i thought. i took one and soon had put it on. tucked away in a different corner, away from the other clothes, with less effort than i expected, i found the pants. they were duly donned. there were no shoe covers. it was in the middle of the night so i just assumed that the owner of the boots i loaned would be none the wiser. anyway, it wasn't as if i had much choice. then there was the small matter of head gear. i did not have to resort to things i had done in the past. looking in the female changing room turned out to be all that was needed.

i then made my way past the sleeping theater nurse towards the operating theater. as usual i had to use plaster to stick the inferior mask to my face to prevent my glasses from fogging up. and only then could i scrub in to join the medical officer who had asked for my help.

truth be told, i accept the small irritations of the state. when i'm there i feel like i'm making a difference. i also like teaching and these days it is the only chance i get.

yes, i love working in the state. i would do it all the time if i didn't hate it so much.
Posted by Bongi at 1:14 am

Mixed feelings is a good way to put it. So you didn't have your red pepper surgeon's cap with you?

rlbates i keep my precious theater caps in my locker in the private hospital. i considered putting one in my bag or car, but seeing that i have lost a theater cap in the past (one that was precious to me) i decided not to take a chance.

As a former surgery resident, and a new Emergency Medicine resident, I look forward to your blogs. I also amassed quite a collection of theater caps I would gladly send to you for storage in your car. A small price to pay for the excellent writing you provide. Where can I send them?

Some of what you write is very, well, foreign to me. Not the writing, but the context. Could you do a post describing your country's health care system? I have no idea what "state" means, though I assume it's a state-run hospital. Why do you work there? Is it required? Is it an act of charity on your part? Is it the academic/teaching facility?

Geez Shadow, you really should read early posts and work forward. Some of the early ones are the best in this.

Bongi, you have even made me cry once or twice...

i can understand the love/hate relationship with the state. here i sit in Ireland loving the "first world medicine(and first world pay), yet i find myself longing for that mpumalanga three am gunshot abdo, in need of an exciting rescus. i havent smelt "alcohol blood" since i have arrived...

i_gas you must be one of two doctors i used to work with in the state hospital. are you the versatile surgical mo who turned into a gas monkey when the sun set (a sort of undead thing you had going) or are you the gas monkey mo who would rather have his teeth pulled by an angry baboon than do a private assistance?

thats not true. 90% of the time that i was available , I assisted you. I think there was only one time that i did not have a real reason.

I have to say, that's one of the good things the British did leave in a lot of places: the idea that the state should provide some level of care to everyone in society.

Shame that resources (and people like you) are so scarce.

I am always surprised it's not a universal value.