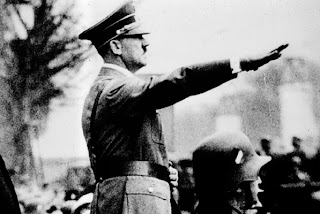 i have been following the story of the baby that was brutally assaulted recently with more than a little horror. it is disturbing to say the least. those who follow this blog may know that i struggle with the suffering of children. it is not something that i deal with all that well. so i have been dwelling on this story quite a bit.
i thought about what causes someone to try to kill a defenseless little baby? obviously the thought that the perpertrators are mad comes to mind, but that is just too easy a coppout. to be honest i hope it turns out to be the case, but there may be a more sinister reason.
recently in our beautiful land quite a number of fairly highly positioned politicians have publically encouraged the murder of afrikaaners. it would be a misnomer to say it is official anc policy...yet. but it is most definitely not frowned upon by them. now if one is serious about an ideological principle there may be a few unsavoury things required to bring this principle to fruition. we see examples throughout history, the most prominent probably being the genocide of the jews by the nazis. once they had decided the jews needed to be extermionated, ideology drove them forward and outweighed social norms. along with the adults the jewish children were also herded off to execution. the nazis were very serious about what they believed.
i can't help drawing parallels. the perpetrators may well have been drawn up by the rhetoric of their leaders and may even have felt the government would come to their aid if they were indeed caught and brought before justice. they at least have the courage to carry out the conviction of their leaders who simply hide behind the words without following them up with deeds.
lets rather hope they are mad.
Posted by Bongi at 2:32 pm

not so sure you are either right or wrong, It's a bit messy at the moment

guy, i agree with you. it is most assuredly not their official policy to genocide the afrikaaners, and yet there is not much done when they accidentally get genocided on the way. the statistics quoted in that link are a bit scarry. it's not as if it's not happening despite it not being policy. it is also not as if there are steps to stop it.

yes it's all a bit messy at the moment.

"When we talk (about) amabhunu, we were not talking (about) whites, we were talking about the system (of apartheid),” Mantashe said. “It represented the system. (The song) is not a new invention.”

Oh...I see...so they've carefully explained to all their followers then that no *actual* murders should take place, have they? Because what they're actually saying here is the 'system' is at fault and should be killed, whereas the 'boers' are not, and therefore shouldn't.

Forgive me please. Despite 21yrs away from SA, I'm yet too African to even begin to believe this sh...erm drivel. Political spin may make sense to politicians but for the rest of us, it simply sucks.

re "hope they are mad"
As someone who is crazy or mad, I take offense, not by you personally, most everyone does it.
Call evil by its name.
I am not evil, please do not spread the confusion by calling evil or criminal actions as "sick" or "mad".
A choice between good and bad exists, and some people are evil.
Thats what jails are for.

I was a bit surprised to read this post from you, because it's about the first time you express your opinion about politics/government in such a way.
But I can feel and hear that more and more people are getting frustrated and 'gatvol'.
Do you feel more threatened in Nelspruit these days and what do you hear from the locals about all this?

Thabang (from the Boksburg gig ;-))

thabang, on the whole i try to keep away from these sorts of posts. it's like reading the paper...depressing. however sometimes i feel i must say something. after all these are some of the things being south african are about.

i don't think i feel more threatened here, although we are getting more of the typical south african murders. because it is a small place i usually know someone who knows the victim. i suppose it makes it a bit close for comfort. the locals here are positive about staying but i think it has a lot to do with the beauty of the place. we truly live in paradise.

but being in our line of work we see the results of violence up close. somehow getting the blood splattered on your shoes makes a greater impression than reading it in the paper (although i still don't like reading the paper.)

Such a sad story about the baby. I had to make yet another report myself to child protective services today because a child came into kindergarten with a black eye, begging me not to "call the cops" on his Dad. At age five the boy is already dangerously aggressive and terribly inappropriate, drawing penises on his homework. So sad.

Found this blog today via the Facebook page for Marzanne (the little girl). It's so depressing. The South African Government is just not held accountable for crime. As a SA living abroad I am always asked would I ever go home and no I wouldn't and crime is probably the only reason. But I still love my country....