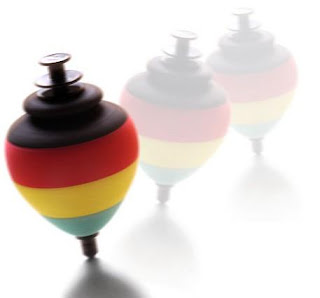 i suppose politics of sorts pervades all aspects of life, medicine included. often the way you spin a story would either land you in it or get you out of it. sometimes the consultants didn't need to know the whole truth. variations on this theme often played themselves out. this is just one example.

the boy was only 15 years old. he had been admitted the previous night by a junior registrar. apparently he had developed abdominal pain after a rugby tackle during a school game. the x-ray hadn't been too spectacular and the junior registrar felt that his abdomen was tender enough to admit him but not tender enough to operate him. this essentially meant he was not willing to take the decision to operate or not himself and wanted to get the consultant's opinion the next morning. the consultant was an interesting eccentric man who tended to be a bit conservative in his approach to cutting people open. he could also be somewhat intimidating.

i met the patient for the first time on the morning rounds when the junior presented him to the consultant. i quickly examined him while they spoke immediately decided what i though. something was wrong, i felt and it was not the sort of something that was about to sort itself out all on its own. then the consultant examined him. the patient winced but tried to be brave. the consultant also made his decision.

"he probably just has a bit of bruising. he doesn't need to be operated. a rugby tackle can't cause too much damage" he pronounced. "bongi, you're on call tonight. i'm telling you now, you must not operate this patient. he'll be fine in the morning."

"yes sir." i replied, but i had plans. all sorts of things can happen once the sun has set. i knew i could spin it tomorrow, providing i ended up being right. however if i turned out to be wrong it would be a bit tricky.

when the day ended i took a walk past the parking lot to confirm the consultant's car was gone. i then booked the patient on the emergency list for a laparotomy. i remember my house doctor looking at me with an expression of shock and horror on his face. i smiled, but i remember thinking that i'd better be right. otherwise i'd be the one with shock and horror on my face the next morning (not to mention egg).

soon we were in theater and shortly thereafter the abdomen lay open before us. the intestines were floating around in a pool of bowel content and there was a neat little tear on a section of small bowel. already the peritoneum was looking pretty darn inflamed. the mood lightened. i even felt a joke or two may be in order.

"i'm right again. sometimes i get so tired of always being right." i mimicked the consultant's usual line. the house doctor shook with laughter. once he was able to assist again we finished the operation and closed up.

still there was the matter of telling the consultant the next morning that we had disobeyed his direct command. and here is where i knew i needed to put the right spin on it. he didn't need to know that i had never had any intention of obeying him. i had evaluated the patient and i was not comfortable to leave him through the night when i felt sure that he needed an urgent operation. in fact the junior that had admitted him displayed a total lack of the usual confidence associated with surgeons by not operating him the night before. i was not going to do the same. i was going to back myself and my own clinical acumen and that is why i operated. also i knew that if i had argued with the consultant on the ward rounds he would have entrenched himself in his opinion and there would be no way to spin the story the next morning. i had essentially lied to him and i knew it. he did not need to find out.

"bongi, how is that patient doing?"

"doctor, last night he suddenly got much worse. his pulse went up and his abdomen became much more tender.in fact he developed an acute abdomen so i felt obiged to operate." again the house doctor looked at me with horror. the consultant's fists clenched.

"what did you find?" i was home free. thank goodness i was right. if i had been wrong, this is where it would have all unravelled. i told him. and that was it. nothing more was said. i survived.

My father (an oft exceedingly wise man), told me many years ago that one should endeavour not to lie; equally, it is not always advisable to tell the WHOLE story. It took me ages to properly understand what he meant. When I did, I was able to agree that he - like you - was right.

sq2m, so happy you were right.

Whenever I'm right, I request that it be noted, notarized, copied in triplicate with one copy sent to my mother-in-law.

Listen to your gut to help the patient's gut. Great work and good post.

Instinct is almost as crucial in surgical practice as is acumen! I love people who follow their instinct. Shows that fear has no place in surgery