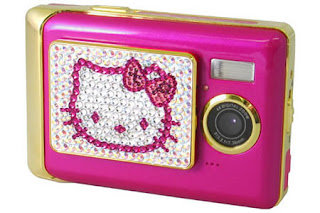 sometimes you feel the need to look around and try to find the hidden cameras. this was one such time.

i was in the boss' firm so on the whole it was a fairly tense time. at least we didn't have to deal with too much lip from the students. they were too scared of the boss to even step slightly out of line. even before the new groups arrived they would be informed by the previous groups about the many rigid idiosyncrasies of the boss and from day one they usually got most things right. in fact i was only aware of two students in the last eight years that the boss had asked to leave his ward rounds (i was one). and when this group of students arrived i expected nothing different.

i had done the early morning rounds and already the students seemed to be on the ball. we were waiting for the boss to go on academic rounds and were therefore all sitting around in front of the ward. then one of the students approached me.

she was a young attractive girl with flowing blond hair. as she got to me she dropped to one knee, threw her head back, pushed her more than adequate chest out and with a charming smile started to speak.

"hi there. i wonder if i could ask a favour of you?" i looked at her kneeling at my feet and couldn't find the words. " you see we are on call this weekend and i have tickets for a show on saturday night which i bought a number of months ago. i'd really like to go." again i couldn't find the words. part of me was thinking i can't believe that anyone would have the audacity to ask for a call off in the prof's firm. everyone knew that in the prof's firm there were no such concessions...ever. the next thought that went through my mind was to look for the hidden cameras. the situation was so bizarre that it had to be a smile, you're on candid camera moment. finally my mind kicked into gear.

when i told her there was no such thing as a call off in the boss' firm and that i was sure she could flog the tickets for something at least, her entire countenance changed in a split second. her chest dropped (a bit at least), her bright eyes turned to a scowl, her head fell forward causing her hair to fall across her face, hiding any hint of the smile that had previously animated it so. she then stood up and trundled off. just to be sure i looked around again for the cameras. i couldn't see them anywhere.

later i heard that the student in question made a habbit of flirting heavily with her male registrars and, probably mainly due to her abundant chest, could get away with pretty much anything. with me she never tried another thing.

p.s when she left the firm she wrote a scathing letter about me accusing me of unproffessional behaviour and even cruelty towards my patients. she said that i was an example of what a doctor should not be. she contrasted me with my medical officer whom she said was brilliant. what she didn't know is that he openly hated her and only my intervention prevented her from coming under his almost constant wrath. fortunately she also complained about another consultant's moustache and bowtie, so the boss didn't take her complaints too seriously.
Posted by Bongi at 3:39 pm

Jill of All Trades, MD said...

That's horrible. So sorry that happened to you.

i have a new E-cup.my blond hairlights look FAB
My Dad was a surgeon and he thought it a waste of money me going into surgery but i did it any way to spite him. however after 10 years of training i decided to get married and have kids. My husband is very rich. i only work one day a week. the rest of the time i spend with my young children and my husband. we go on lots of skiing holidays. xxxxxxxxx I am very happy thankyou

I'm not sure if the "charlotte Lowe" post is a joke, but profs sometimes complain about this in the US: some fraction of their good female students go through training, practice for a year or two, and then effectively retire to start a family.
The problem is there are only so many training slots, so when women make up more than half the class you get many fewer career-years per doctor than you'd expect. This is exacerbated by malpractice insurance costs that make it possible for a specialist to have negative earnings if practicing only part-time.

i would not have charlotte operate on me: i am sure she is very nice and synergistic and all that: but as once i read in another blog ( i think it was called boerwors medicine). I like my surgeon to have handled miles and miles of bowel before attempting to fix me. I wonder how much practise actually touching tissue.......old lottie really has?

We've got a couple of those in my class (not exactly the sharpest scalpels in the supply room either).

Should be interesting to watch how things go down once they release us onto the wards.

anymous, i'm pretty sure charlotte is not serious. for one there have got to be easier ways to spite your father. also surgery does not lend itself to once a week practise. it can't be done unless you are simply cutting moles out and that isn't really surgery, is it?

the worry you address about training people who will end up not being part of the work force is a real one, even here in south africa. i have always wondered why one would put so much effort into becoming a doctor and then not practise, yet i'm not one to judge them. each unto their own in the end i suppose.

jill of all trades, i thought the story quite amusing and wasn't really too perturbed by how it panned out. it happened close to my finals so i had other things more pressing to waste my worry on. thanks for the sympathy though.

Women like that, their biggest problem isn't you, it's all the other non-barbie-doll women in the group/examination/course/practical who get away with nothing, but yet witness and silently resent this behavior for years while they bide their time waiting for the right moment to get revenge. Trust me. There is always someone who thinks that the rules should not apply to them because they are so beautiful and charming. If anything, you are even more my hero now for being insusceptible to the power of boobs. Beauty fades, poor character is forever.

she is not amanzitoti now is she?

anonymous of course it is not Amanzimtoti.

Sometimes I wish I had Womanly Wiles but I am just too straightforward and honest a person. However, I did sq2m...just as the title of the post invited/instructed me to do :)