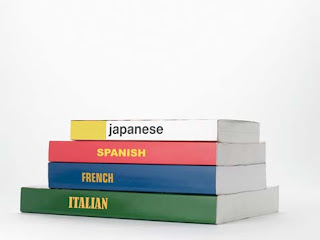 south africa is a melting pot of many different cultures and language groups. in a state hospital it can occasionally happen that you have a patient that speaks a language from a different part of the country and no one can understand him. lucky was such a patient. interesting to note in south africa, the guy called lucky by his parents mostly turns out to be anything but what his name would suggest. i often wonder if lucky was very lucky or very unlucky. he was maybe both.

lucky was admitted with bleeding esophageal varices secondary to liver damage from bilharzia. he underwent emergency sclerotherapy and banding and was somehow alive afterwards. lucky. of course he ended up in icu where he received massive blood transfusions and was observed for further bleeding.

the guy working in icu that night had just started in the department and was in fact doing his first ever call. so when lucky started bleeding, the doctor was out of his depth. now for those of you who haven't seen it before bleeding from esophageal varices is immensely impressive and intimidating. it looks something like someone opening a tap full blast except instead of water there is a torrent of blood. junior doctors freak. senior doctors freak. patients sometimes fade away pretty rapidly.

so when the doctor phoned his consultant he learned a few new things. one was that to swear does help, if only just to dilute the panic in order to get the doctor's blood pressure up to levels that can maintain cerebral perfusion. he also learned what a sengstaken tube was. he also got a very rapid tutorial on how to put one in. trust me, when you've seen these things bleed you don't have time for a tutorial any more intricate than "just bang the thing in like a nasogastric tube and blow the stomach balloon up.".

when we heard about these events at the next m and m we all thought lucky's luck had run out. survival of bleeding esophageal varices is not so high. not many would survive a second bleed. mortality of a ruptured esophagus is particularly high. lump all these events together and he pretty much had no chance. but surgeons, being the never give up sorts, ripped his chest open anyway and tacked his tatty esophagus together. to prevent a leak and certain death they also diverted his saliva through a hole in the neck above the repair. then they stuck a pipe through the abdominal wall directly into his small bowel for feeding. most of us looked on sceptically.

but lucky survived, somehow. of course he spent a lot of time in icu with death hovering at the edge of his bed. in the end i think death got tired of waiting and left. then he started the long road to recovery. he still had to face a few operations to put all the pipes back together so that he could eat through his mouth again one day. but that was something for the future.

a few months later they took lucky back to theater and replaced his entire esophagus with a piece of large intestine. once again he would rely on tube feeding via a pipe going directly through his abdominal wall until everything healed up. postoperatively everything was going well. his registrar would stop at his bed every evening before going home and even come in whether he was on call or not for even the most mundane problems. he didn't trust his name.

then late one evening the feeding tube somehow was ripped out of his abdomen. the night sister called the house doctor on call who was new and didn't know the somewhat sensitive history of lucky. in an attempt to be proactive, she simply placed another tube through the hole in the abdominal wall left by the previous tube. unfortunately her somewhat vigorous attempts to get the tube in caused it to find a new path and end up free in the abdominal cavity. she then simply reconnected the feeding and went to bed. by the morning lucky was no longer feeling so lucky. the unlucky events of the night before had caused generalised soiling of the abdomen. a couple of hours of food being deposited into the abdominal cavity will do that.

i assisted in the operation to fix the mess. luckily his registrar found him the next morning in severe pain and actually going into shock. during that operation i thought quite a bit about old lucky. the first thing i considered was the definition of luck from a surgical point of view. to start with, if you end up with a surgeon then you are not lucky. if a surgeon tells you you were lucky, you weren't. it is simply surgical jargon for we all thought you were going to die and you surprised us all by beating the odds. i mean he was pretty unlucky to have all those things happen to him but i can only account for him surviving so many different things, each of which would kill a mere mortal, at least in part due to luck. maybe lucky was very lucky. maybe he was unlucky. maybe he was both.

but the next thing i considered was language and culture. you see lucky came from a very remote part of the country. he spoke a language which was pretty much not known in the big city. and lucky couldn't speak any one of the more common languages used by his care givers when he arrived with his bleeding varices. but by the time he was ready to be discharged once he had recovered from the last of a string of operations, he could speak afrikaans fluently. i suppose he had no choice but to learn. he definitely had plenty of time at his disposal. otherwise he wouldn't have had anyone to communicate with.

so, for those of you out there eager to learn afrikaans, may i suggest getting two esophageal variceal bleeds in quick succession followed by esophagus perforation followed by prolonged icu time followed by colon pull through followed by free leakage into abdomen followed by full laparotomy. if you survive, my experience tells me you will be fluent in afrikaans.

otherwise maybe buy a book. it might be safer.
Posted by Bongi at 11:59 pm

Thank the Lord for small mercies...I am already fluent in Afrikaans!!! :)

Lord, I think I'd rather somehow learn Afrikaans another way. :)

you're a sick man, bongi!

Excellent story, bongi! Lucky isn't going to be so lucky the next time...I hope this finds you well, friend.

that was an AMAZING story. i'm still a student and just started my surg rotation recently. had the most... 'ugh' day and thought i'll just stick to medicine for the rest of my life, but this post :) will keep me going. at least for the rest of this rotation! thanks mr amanzi!

Great story as always.Everyone also understands English as well..."Stop or I'll shoot" always works no matter where the miscreant comes from!
And from time to time I've been forced to say..."You can live in English ,Afrikaans or Zulu...or you can die in any language of your choice".

Reminds me of my rotation in a trauma ICU in Jo'burg where we had a Lucky, a Treasure and a Happy on the unit. None of them really lived up to their names

Ahh, alas, poor Lucky, i knew him well (of course it wasn't your Lucky) In my experience, Lucky is never lucky.... unless he is a gangster (or a taxi-driver.)

I also learnt very early on that some names are just associated with disaster....