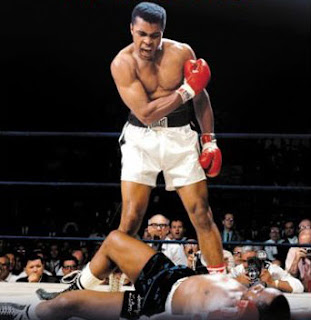 when i was a registrar i used to tell my students that all surgeons believe they are the best surgeon there is. with only limited logic one can clearly see this is obviously a load of rubbish. how can every single surgeon be the best there is...when i am the best!! for some reason they always laughed.

there has to be a certain self confidence in a surgeon's work. and yes sometimes it does flow over into arrogance. i knew this before i really knew this. i was still in my community service year and had only just decided to do surgery. one of my old friends was a medical officer in the surgery program at tukkies so i went to pretoria to discuss it with him. to be honest he spent most of the time just speaking about the primaries he had just passed and was of little help to me. then he told a story.

he was in paediatric surgery at kalafong. a patient came in with a condition which was on the outer limits of his abilities. it was actually just on the other side of his limits. he felt totally out of his depths, but what could he do? there was no one else. he sucked it up and did what was needed. i found the story frightening and told him so. then he shared some hard wisdom. he was not the best surgeon there was for that child, but he was the only one available at the time. so for that patient at that moment, he was the best there was.

recently i was required to open a chest in the state for a gunshot wound that just kept pumping bright red blood (the best type of blood to have inside the vasculature but the worst type to have outside). i phoned the thorax guy who informed me he was on leave and far away. he then helpfully suggested i refer the patient to pretoria. i mentioned that a ten minute trip for this guy was pushing it and there was no way he'd see the other end of a three hour trip. then i did what i needed to do even though i am not overly comfortable on the inside of a chest. what choice was there?

i try to refer away whatever i feel is not in my scope but once the knife goes through the skin you become suddenly very alone. it is too late to think there is someone else who can do the job better than you. you must be the best for that patient at that moment. this becomes more acutely true when something goes wrong and you have to dig yourself out of a difficult situation. the thing about difficult situations in my line of work is if you handle them not too well someone may just end up dead. somehow to believe you are the best does seem to give just that little more of an edge.

i am not justifying surgeon's arrogance and i hope never to be arrogant. but i can't imagine being able to do what i do without just a little more than the normal amount of self confidence.
Posted by Bongi at 12:06 am

Email ThisBlogThis!Share to TwitterShare to FacebookShare to Pinterest
Labels: arrogance, surgical arrogance, the best, the greatest

how can every single surgeon be the best there is...when i am the best!! for some reason they always laughed.

They laughed because you were grading them. ;) hehe

Seriously, great post. It is a fine line between confidence and arrogance; similarly between taking the time needed vs. rushing in too soon.

In the end, these situations are all about fundamentals, related experience, and keeping one's cool. Things obviously you have in abundance.

To paraphrase a comment I have left elsewhere on your blog:

Confidence (or at least the appearance of it) is a good thing in a surgeon ... it's helpful in a 747 pilot too!

And if there wasn't a little bit of arrogance I'm not sure you could ever cut into another person.

Im with Enrico. I've laughed at some really bad jokes because i needed to stay on the consultant's good side. in-course assessment, i think it's called ;-)
Don't worry, arrogance or not students think surgeons are very cool. The phycisians are the bustards, they are way more arrogant and unlike you guys they don't have a sense of humour... or a scalpel :)

jade, i wasn't joking, so i don't know why they laughed.

These are the things about medicine that are hardest to communicate to outsiders to explain what one goes through faced with a dire situation. Unlike the melodramatic portrayals of medicine on TV or in movies, the dominant feature is not the outward human emotions and histrionics, which for the most part are absent to observation, but the internal turmoil we face as we examine our own doubts about whether we can really handle what we see before us.
And when we see memoirs such as this, it's unlikely that the memoirs related are the ones where a life-threatening challenge was faced and utterly failed, the patient died. This is not a criticism, but just an observation about human nature, that in part explains how we can go on and not just give it all up.

Very interesting! I know a LOT of arrogant surgeons too...

i am working in ireland and have been trying to explain this exact thing to the docs here.... the reason sa interns end up doing cesars and putting up cvps and inserting chest drains etc etc etc is because if they dont, no one else will.... so at that time, they are the patients best bet. people here spend a lot of time referring patients to all sorts of different departments because they "dont have experience in ....... (insert whatever skill here). its frustrating coming from a place where you could do everything to a place where you can do almost nothing.... without referring to someone else.

after reading this blog, i have decided i am definitely a surgeon at heart. have however chosen to go down the emergency medicine route... will see how that pans out. i like what you said about when you cut through the skin you are suddenly very alone.... i kind of like that moment, it makes you face up to yourself which is often hard to do.

anne, my brother works in a small australian town. the only two people who can do caesarians are him and my sister-in-law. when they go on leave they import someone from the big city. i could not believe this. the south african solution would be to teach the other doctors how to do the operation, which, if memory serves me correctly, takes about two days, but this doesn't occur to them.

i used to tell my students that they must never refuse a procedure based on never having seen it before. they must just go for it. out there in the real world (ok maybe south africa isn't quite the real world, but it is our reality) you won't have someone to hold your hand just because you haven't seen a procedure before.

Worst thing in the world: a tentative surgeon standing over a patient with a knife...

Buckeye: (lq2m) whilst I know it isn't what you meant, I tickled me to think the surgeon was tentative because he was standing over "a patient with a knife".

Well stated. I have excerpted for my blog (and also linked to you for the future!) http://runningahospital.blogspot.com/2008/12/someone-may-just-end-up-dead.html

bongi, for your brother, it is probable that legality has a part to play. rural GPs often have diplomas from RANZCOG, but that does not mean a rural GP without one cannot deliver babies.

i like the s.african way of teaching medicine n surgery. equip every doctor with more skills. caesar for every intern. i dont think ill be wrong in saying its tougher to be a doctor in africa.

jeffrey when i was an intern one of my colleagues did seven caesars in one night. she was an intern and did them not only unsupervised, but without an assistant. i never did more than four in one night and i was not impressed. we all felt sorry for her.
twice i did a caesar where i gave the anaesthetic too. i aged too much during those experiences and i would not recommend it for those who want to live long and prosper.

Also from a patient viewpoint, I want my surgeon to be a little arrogant, with confidence. Like Shauna says I also want him to know when he is in over his head.

I realize surgeons ARE special because they certainly do things that the rest of us are not capable of doing. I could not cut open another person. This was proved to me in college when we had those cats in science labs. I could not dissect him. Good thing we worked in pairs or I would have failed that class. My partner had to do it and the poor cat was already dead. I can hardly cut apart a chicken from the store to fix for dinner.

I think it is fine for you guys to be arrogant and to think you are the best.

C-section + anaesthetics on your own?
Lol! One day, I'm coming to South Africa to learn some REAL medics!
Take care.

We always like to hate on the arrogant hot-shot surgeons who show-off and look down on others.

But when something goes wrong, we know we can always rely on that person to get the job done.

It's nauseating to work with an arrogant surgeon! But when the shite hitteth the faneth, I welcome arrogance provided it's from "the best".