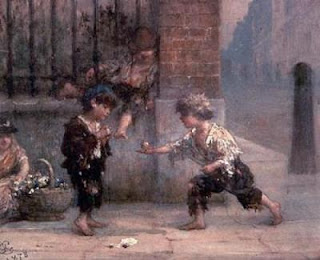 i was shaken. i didn't want to let the casualty staff see me cry so i swallowed hard, wiped my eyes and went back to work. besides casualties was full and i didn't have the privilege of taking time off to get over my trauma. anyway it didn't compare to the woman lying crumpled up on the floor of the office sobbing .
Posted by Bongi at 7:49 am

You docs have really tough jobs. I'm glad I'll probably never have to tell a mother her child is dead.

Selfishness and waste - 2 things that as I get older I understand less and less. Mankind leaves such a big footprint when they forget where they are treading.
I can't help but ponder if the driver also got to lie "crumpled on the floor ... sobbing", and if so, why!
Another good post Bongi. Thank you.

They do leave an impression on us don't they? Such needless sorrow.

This would be so heartbreaking.

That's absolutely terrible. For what it's worth, I don't know anyone in medicine (man or woman) who doesn't cry from time to time. It just means that you are healthy. I am still studying (though almost finished) so I haven't had to deliver bad news yet, but I have been present before when equally catastrophic news has been delivered and received. Delivering the news is not a part of my future job that I look forward to. What I think must be the hardest, is to go on treating the drunk driver in a proper and professional manner while he's on your ward. I personally have the hardest time keeping my cool when I don't like a patient. I deal with the stress of the encounters by telling 'you'll-never-believe-what-that-crazy-person-said' stories about it later--probably same as you. So I think that telling and hearing and reading these stories is a good part of the stress management process. For everybody. Anyway, happy new year Bongi. please keep writing.

One of the things I have forced myself to do is to stay longer than I want to after giving bad news, longer than I feel comfortable with. I've seen doctors who unload horrendous news then are obviously in a rush to get out, leaving others to mop up the emotions for them.

I want to stay (I was going to say "like to stay" but that's not accurate) until in some way or another the family gives me leave to go. After the wave of emotions there are frequently some kinds of questions that come up, some medical, some maybe only administrative (like what do we do now?), but I want to get a sense of what's going through their head as they try to cope.

It's not that I'm a masochist, but only that I see the family as part of what I am evaluating and treating as a physician. My job's not done just because the patient died. It's also a form of respect for the human whose life was just lost, that perhaps at this moment at the end of their life someone gives their family a measure of the comfort they need.

greg, great comment. i try to stay until i feel the pain. otherwise it's just not real and i'm lying to myself about what i'm doing.

Bongi, excellent writing. You always transport me straight to the there & then and move me with your posts. I even got goosebumps, just as I have had before when breaking the news myself. Isn't it dreadful!

Fantastic Delivering the news is not a part of my future job that I look forward to. What I think must be the hardest, is to go on treating the drunk driver in a proper and professional manner while he's on your ward. I personally have the hardest time keeping my cool when I don't like a patient. I deal with the stress of the encounters by telling 'you'll-never-believe-what-that-crazy-person-said' stories about it later--probably same as you.