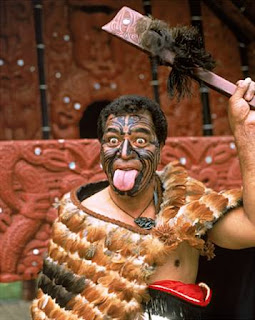 an interesting thing happened to me while on leave at st lucia recently. it was the sort of thing that might be considered funny by certain cultures, even maybe my own, but sometimes these sorts of things are frowned upon by the more refined cultures.

actually i wasn't even going to blog about it because it doesn't really pertain to surgery. but seeing that i recently considered the more refined cultures and seeing that i have another potential post also along these lines that does actually pertain to surgery lined up i thought i should mention it to be totally honest. be warned, those who have even a slightly good opinion of me should turn back now.

so there amanzimtoti and i were on the banks of the st lucia estuary enjoying a meal at a very pleasant outside restaurant looking at the crocodiles basking and the hippos lying in the water. now amanzimtoti and i are culturally distinct from one another. we're both south african, but we are not the same. my culture tends to be a bit more reserved. hers, not so much. at the next table were two europeans (i think they were dutch but they may have been german) who are obviously vastly different to both of us.

we had eaten and i was standing up to get a better view of the hippos. i then bent down to pick something up when it happened. the combination of a large meal, a belt that was maybe a bit too tight and a small hiatus hernia couldn't take the added intra abdominal pressure and unfortunately a somewhat loud burp was let out. immediately the european man turned around and in an angry voice reprimanded me.

now south africans are pretty aggressive people. in our culture quite a lot less than this could be construed as an act of open aggression. in fact in our context usually if you do something like this you should check that you are bigger than the other guy, just in case. he wasn't bigger than me so, being south african i checked if i could see if he was carrying a weapon. instinctively i felt for my knife. but i said nothing. i was too taken aback. also i wasn't prepared to actually fight.

amanzimtoti, however reacted instinctively according to her culture, without the restrictions of strategic thought that my culture limited me to. she told the guy where he could get off in true cape flats style. (actually she told him how. the where was implied.)

my mind put it all together then. he was european and had gravely misunderstood the severity of the implication of his words in the south african context. he was not armed and less keen on a fight than me actually. he was also way out of line by south african standards. i let rip. i was not happy to let some uppity european try to put me in my place and i let him know this. quite soon he found himself under a double barrage of extreme aggression. he also seemed to realise that he had walked into a situation he did not fully grasp and i think he thought that there was actually going to be a fight. he not only backed down, but with all due haste removed himself and his partner from the situation.

when it was all over i was not overly proud of my reaction. i did not feel good, but i did feel south african. it was however an interesting interaction of three different cultures. it is also humbling and slightly embarrassing to realise that i as yet have not risen above my culture as i often like to think i have.
Posted by Bongi at 11:08 pm

I'm a white American, and that dude was way the hell out of line by my standards. Just a data point.

thanks ramona and bill. i think the post was more about the three different takes on the same situation. i too think he was way out of line but my reaction of sustained aggression did nothing to show him i wasn't the club wielding african neanderthal that he saw me as(for the purists, i do know the neanderthals weren't in africa, but maybe one got horribly lost)

Sometimes I think it's the difference between 'task' focus and 'process' focus - if you're focussed on the task, and achieving what you want to achieve, you always end up fighting the 'process' people, who are more interested in their personal relationships with colleagues and doing things how they've always done them because that's how it's done. what i am trying to say is that if you do leave SA and work in Australia or Uk or USA.....you going to have to hone your process skills. If however you just want to get on with the task.......then Africa is your home

Outstanding!!I'm going to petition the State President for inclusion of the following paragraph in our constitution..." that all meny are endowed by their Creator with certain unalienable Rights, Life, Liberty and the freedom to freely express any fart-,wet or dry-,at any time,thus ensuring intestinal stability"

mel, that is not a bad idea. but i my defence let me point out that this was not a fart at all, wet or dry. it was a burp that offended the delicate european ears.

malta, interesting take. i think on the whole, surgeons tend to be task focussed as a rule. i like to think i'm less so, but this may just be wishfull thinking on my part.

i'd actually like to hear a few opinions from surgeons from places other than south africa as to the task orientated verses the process orientated nature of surgeons in other countries.

Who on earth has the right to have a go at somebody for burping in public? That is just even more rude than the actual burp!

It isn't like you were attending the opera, sitting with your feet on the chairs of the delicate Europeans sitting in the row in front of you, downing beer after beer, and then you let out a giant and deliberate burp right in the middle of an aria! (Forgive my Australian sense of humour. ;) ) You were in public, and it was an accident.
I think they would have had the crap kicked out of them in Australia, too, either verbally or physically. It might not have been as overtly aggressive in Australia, but their actions would not have been welcomed.

I can't speak for the Dutch (who, by all accounts, don't seem like the kind who'd instigate anything over a belch) but if it were a German I'd say it would be the greatest act of hypocrisy--as if Germans (on the cultural whole) aren't pretty damn shocking to the rest of the world when it comes to free expression of bodily functions.

Speaking as a veterinary nurse so not the lofty surgeon heights ;-) but from Southern Africa.

Anyone can burp or fart it is nothing personal and as far as l have found out over 40 odd years impossible not to do if one appears on the horizon.

In fact l had heard that for certain cultures burping was considered polite so l googled it. Funnily enough look what Germans say (sorry about the long url) http://msgboard.snopes.com/cgi-bin/ultimatebb.cgi?ubb=get_topic;f=58;t=000969;p=1

from my cultural context, there is no bigger a compliment that a guest can pay a host than burping at the end of a meal and vehemently opposing any further servings being thrust upon him. so if anyone - indian, european or even a south african superman had said something about me burping after a meal, i would have attacked. the guy was way out of line bongo. i'm with amanzimtoti. she seems to have more balls than you ;)

From my cultural perspective, I think if I had been observing from a third table, I would have been both appalled and amused by the whole thing.

The euro-weenie was indeed out of line. I'm just surprised at all the anger over it. I would have welcomed the chance to be sarcastic. "Pardon me. I certainly did not plan that. By the way, here in SA, it's gernally considered suicidal to mouth off to locals" or something along those lines. Hehehe

anonymous, one of the reasons i posted this is because i needed to be a bit introspective about the aggression pent up in me. i sort of imply in the post it is because i'm south african, but whatever the reason, it remains unacceptable.

so in the end this post is about a long hard critical look at what i am and by implication what i can do about that.

tesco ready meal for one said...

dont be too hard on yourself. Even Jesus got angry once....he lost his temper and started turning tables over in the temple.
when you go from treating 1st world people (as in the gall bladder neuro patient) alongside
3rd world people (as in the poor zimbabwean farm worker who got torched by the locals...........well the post traumatic stress disorder ect ect
One good thing about being in SA is the meat: have borewors and a fried egg for breakfast and BBQ a large steak for supper. It is better than a blood transfusion and u feel instantly happier. I miss pumkin and gem squash and green beans and castle lager. and those biscuits called tennis biscuits.

Bongi
Firstly you are human, and as a surgeon you know we all fart and burp its physiological. Yes there are differing social etiquettes in culture groups, yet we all still must fart at least.
What annoys me are the older people who when in Hospital, who would usually not fart in public, well they just go for gold.
Then they pretend they were too deaf to hear what they did, so they never apologise. Although one fails to believe that they have lost their sense of smell as well as suddenly paralysed from below that they couldn't feel the fart coming on, I mean "hello".
It was good your partner stood up and said something, many Europeans think they are better than anyone else.

this is interesting. i'm south african but have been living elsewhere since my mid-teens. there was a long period where i just didn't want to know anyone who'd had the means to get out of s.a., but recently i've been re-initiating contact again with people still living there. i've been disconcerted by that same culture gap a few times - and disconcerted by how disconcerting it was, since i still think of myself as south african a lot of the time.

however, i think many nations and cultures have their own trigger points, where calling someone out publicly is seen as grounds for a fight because that culture defines that particular thing as being outside the public domain - i.e. nobody's bloody business. try telling a brit how to act with his kids, or an american to shut up about god. it just happened to be burping that was the cultural clash zone in this case. and different cultures also have different ways of expressing injury and aggression . . . they don't all go for the knife, but that doesn't really mean they're pliant, within their own terms.

nothing to do with surgery though.