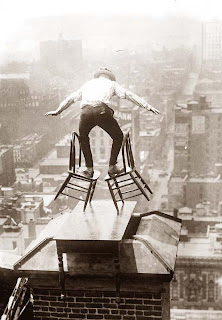 in my post mopping up there was a comment stream that had a bit to do with doctors needing to become detached in order to survive. recently this whole issue was unfortunately brought brutally home. it reminded me of an incident many years ago.

our firm had only two private external consultants which basically meant we didn't have all that much supervision and good luck trying to get a consultant out at night. they did, however do two so called academic rounds with us each week.

one day on rounds we arrived at a patient. the student started presenting. it was a lady slightly advanced in years who had presented with sudden deep painless jaundice and a palpable gallbladder. as could be expected a ct scan was done which confirmed a mass in the head of the pancreas. even before we had histology we all knew this was a pancreas head cancer, a condition with a fairly dismal prognosis. her mass was large and there was already spread to the liver.

the consultant listened to all the findings and then, without a word, walked away. we faithfully followed him. when he got to the door, he stopped and turned to us.

"now why did i just walk away?" he asked. we all gave the usual blank stares. "because there is nothing we can do for her." he said with a chuckle. those of us who needed to be in his good books gave the obligatory half hearted laugh. i could just manage a smile that i think came out more as a grimace.

you see i just felt we are not there only to fix the machine in which the person is housed but also at least in some way to mean something to the person too. i was not comfortable. afterwards i went back to the patient and spent some time explaining that although we could not cure her, we would do everything we could to make things at least a little better.

but these things are difficult. recently i once again diagnosed a delightful old lady with pancreas head cancer and once again it was beyond surgery. in the end she went for chemotherapy and had a stent placed to resolve the jaundice. but these measures only hold back the inevitable temporarily. and sure enough after a while she was back.

when a follow up scan was done the cancer was all over the place and there were quite a few other dismal findings. the chemotherapist had asked me whether she needed an emergency operation that night and the answer was a resounding no. strictly speaking i needn't have been involved any more.

but the next day i stopped by to say hello. the patient was grateful and, although in my capacity as surgeon i was doing nothing, in my capacity as human being i felt i just might be making a small difference. later that day the chemotherapist phoned me to tell me the kidneys had packed up. this was probably a pre terminal event and although neither of us said it outright the meaning hung in the air oppressively. the chemotherapist was also sort of telling me my involvement was no longer needed. i had known this for a few days actually.

the next morning i just didn't want to see her. the situation was so hopeless and it was just difficult for me to deal with it. but then i realised if it is difficult for me, how much more difficult must it be for her? after all it was her life that hung in the balance. i would survive and move on. i would get over it. i would not be the one feeling alone in the face of overwhelming odds. i knew what i needed to do.

i just kept on visiting her, usually just to say hello so that she would know she was not totally alone. i did not detatch and allowed the frailty of the human condition to influence me as the human i am.
Posted by Bongi at 2:28 pm

she was very honored to have you as her doctor. as u said rightly, while you were not treating her a surgeon, you certainly supported her emotionally and im sure she deeply appreciated it.

I am currently following a woman in the terminal stages of colorectal cancer, where some recurrent seizures have been part of the mix. We are doing no testing, but simply giving some anticonvulsants to relieve any distress she might be having, and perhaps make it possible she might be able to interact with her family, and they understand and are grateful. I feel uncomfortable squeezing the last dollar out of her Medicare, so this is all gratis for the last several visits.

What I find interesting about detachment is which cases penetrate through that barrier...I have been involved with codes and poor outcomes but what surprises me is though many fade into a blur there are some events or people which remain crystal clear in my memory.

Things that family members did or said, an image of the car we put a terminally in patient in to go home, the note a patient wrote his wife's phone number to call and tell her he loved her...these things bubble up from subconsciousness and I think, 'hmmf...why is that rattling around in there??'

If we couldn't be at least somewhat detached we'd be emotional basket cases. Not so helpful.

What you did for this patient ended up being probably the most helpful and appreciated 'medical' intervention of them all.

Detachment aside its about being human. Human kindness is the greatest gift of all.

This was a great post - thank-you for sharing it!
It is great to see that after seeing so much, you can maintain a sense of the patient as a person who has needs apart from those that you can fix with a scalpel. Thank-you.

I wish you'd been the attending surgeon for my best friend Cynthia, who, ten years ago, died--suddenly, unexpectedly--of pancreatic at age 37.

Suffice it to say, while the care she received was competent (though unhelpful), the manner in which her anaesthesiologist and doctor spoke to her when she dared ask for simple things like perhaps moving her IV to the other arm because this one hurt so much was, at best, indifferent and--to my admittedly oversensitive ear, at least--rude, condescending, and dismissive.

I can only imagine how heartbreaking your line of work is, some days, though it doesn't necessarily mean that everyone doing it has put his own heart on ice for safekeeping. Thank you for reminding me.