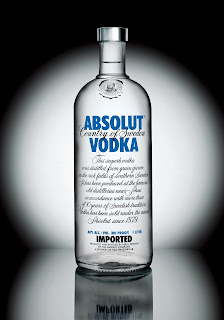 the boss was ... well i suppose an interesting man. difficult might be a better description. one of his pet peeves was that his registrars were always to wear a tie and a long white coat. appearance was everything. this demonstrated itself beautifully one day.

i was the most senior registrar. that is why the boss volunteered me to be a sort of backup for the rotating ear, nose and throat registrar who, due to a series of unfortunate circumstances found himself in charge of the friday firm for a weekend. he was clearly out of his depth. i was ordered to do rounds with him and to try to make sure he didn't inadvertently kill someone. so that is what i did.

the saturday rounds went ahead without incident. i was on call on saturday, however, so by sunday morning i was fairly worn out. in all fairness i had had a good uninterrupted two hour's sleep so it could have been worse. i did my post call rounds with my team very early so that i could send them on their way and be ready to help the hapless ent guy. i waited for him in the doctor's tearoom adjacent to the female surgical ward. this is where i kept my white lab coat which i used to ward off the prof's wrath. however on this fateful sunday i took it off just before going on the supervising rounds with our poor rotator. post call i also didn't have a collar and tie, but i had on what i thought was a very smart polo neck jersey. i was on the lookout for the boss because it is better to avoid trouble if you can. then i saw my good friend swimmer's chest. i was relieved to see that he also didn't have a white coat on, although he was particularly smartly dressed.

swimmers chest ambled over slightly slower than usual and greeted me. before i could reply the boss had stormed in with his entire entourage and was breathing down our necks.
"where are your white lab coats?" with him to answer a seemingly direct question tended not to go down well. i tried anyway. it didn't go down well. he let rip and was soon on one of his unstoppable tirades (i have mentioned this before). he told us we looked like hobos and that we set a bad example for the students (quite a few of which were standing behind him to view his example too).

i could feel my anger rising. i wanted to let rip back. i looked over at swimmer's chest. he was looking down and nodding in a submissive sort of way. i remember thinking to myself i must just follow his lead. he would not let the boss get to him and he would not be overcome with anger. i remained as calm as i could.

this went on for some time but each time i though i had had quite enough and just about decided that i was going to tell the prof exactly where he could get off i would glance over at swimmer's chest whose stoic face had not changed a bit. his head remained slightly drooped and he was gently leaning against a bed. only occasionally would he nod in feigned agreement with some of the ridiculous things the boss was saying. i tried to do the same and, at least on outward appearance i think i did pretty well.

finally the prof moved on after a few departing threats. i tentatively breathed again.
i turned to swimmer's chest and smiled. i hoped my smile carried the message that i was thankful that he had helped me remain calm and thereby saved me from doing something that had the potential to be a career limiting move. the poor ent guy looked shell shocked. where he came from this sort of thing just didn't happen.

swimmer's chest looked up as calmly as ever. he smiled broadly as if nothing had happened. after too long a pause he finally spoke.
"the prof had a lot to say about my clothes, but he didn't say anything about the fact that i'm drunk. i've only just got back from a night out."

i fell about laughing. i understood better the events that had just transpired.
Posted by Bongi at 1:33 am

Funny story...off at a bit of a tangent...but seeing the bottle of Asolut...wouldn't it be a good idea if you could get sponsors patches sewn onto your white coat? Like the Vodka...for the patients who drink...BMW for those who drink-drive...Smith-and-wesson for the gunshot chest...

On the subject of ties, we as students have been given vague descriptions of what is and isn't expected for clinical firms starting in a few months.

No lab coats, bare below elbows. Wrist watch optional but must remove for washing (seems a little pointless).

Ties? Well one friend got a bollocking for not wearing one earlier this year on an ENT ward. At other times we have been told to remove them for infection control reasons.

What do you think is most appropriate? Oh and is it important to be cleanly shaven, or is neat facial hair acceptable in your opinion?

Sorry for the barage of questions, but it would be good to get some advice from someone who's seen it all!

oaf, i'll try to give my opinion. on the whole, this is just my opinion.

lab coats are a total waste of time. there is absolutely no point to them other to advertise you are a doctor. if your knowledge doesn't do that already then the lab coat is a poor second. generally people put on clean clothes every day but only wash their lab coats every now and again. therefore labcoats could be sources of infection too.

ties have been shown to be sources of infection. it seems to make sense. how often is a tie washed? it sort of dangles over the patients and in wounds. then you take those organisms to the next patient.

a watch must be removed when cleaning hands. there is no question about that at all. you can't clean effectively under your watch. it is just a source of infection. i think it is better not to wear a watch at all.

bare below elbows makes sense, but i don't do it. i wear a new shirt each day and roll the sleeves up only when i do a procedure (outside theater of course).

that is pretty much the way i feel at the moment, but i'm open to suggestions.

When I rotated under the infamous 'boss' I borrowed a collared shirt form my now famous brother and I got hold of a fake silk tie and Rolex watch smuggled in from South East Asia and wore them religiously for the entire rotation. I would diligently hang up the shirt overnight so that it didn't look too creased. (I couldn't afford an iron in those days.) Yes, it got pretty dirty by the end but the boss never saw me without a collar or tie (albeit a dirty collar.) I even found a silly briefcase that resembled his own one and I filled it with adventure travel magazines only to make it look full of necessary surgical journals. The 'boss' never knew what was in the bag, all he knew was that when he looked at me he saw a near perfect impersonation. I passes surgery with a distinction and he even invited me to specialise under him. That's when I learnt that image is everything and the most beautiful thing to a narcissist is themself.